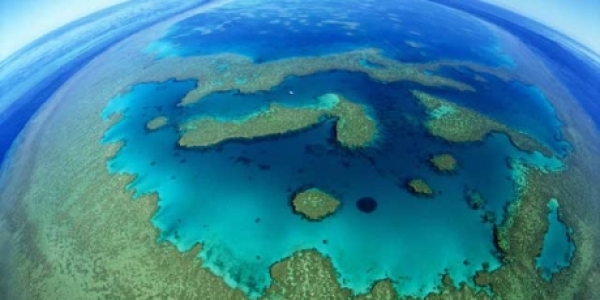 Australia’s legendarily irresponsible mining industry has a new plan: while the planet faces catastrophic climate change, build the world’s largest coal mining complex, and then build a shipping lane to that port straight through the greatest ecological treasure we have – the Great Barrier Reef!

This is a terrible idea with devastating consequences, and the investor group Aurizon that’s backing it know it. They’re getting cold feet, and we might be able to push them over the edge, and kill the project. One of the main potential funders has even donated to climate activism!

If one million of us express our head-shaking disbelief at this crazy project in the next few days, we can help get Aurizon to pull funding and maybe even persuade the Australian PM to step in. This is what Avaaz is for, let’s raise a voice for common sense.

The Great Barrier Reef – the largest living organism on Earth and home to a quarter of all the species that live in the world’s oceans – has slowly been dying for years. It’s lost half its coral in the past three decades and that rate is only accelerating. Climate change is one cause, but so is Australia’s booming mining industry. The German magazine Der Spiegel reported that “if current trends continue, the unthinkable could happen: the Great Barrier Reef could die.”

And yet, the mining industry plans to build massive new ports at a complex called Abbot Point in Northeast Australia (right by the reef) to make it easier to get the coal it’s mining out to the world. Not only would that mean doubling the number of ships that pass by the reef each year and ripping up to 3 million cubic meters of material from the fragile seabed, but if all the coal from the proposed mines this would enable is burned, it would be three times Australia’s current climate pollution – hurtling us faster towards the point of no return.

The investors are meeting now to decide what to do and the Australian Environment Minister will choose whether to approve the project in the next two weeks. Our voices can signal to all of them to block this disaster, especially to Australian Prime Minister Kevin Rudd if he hopes to maintain his global reputation in the lead-up to his re-election bid.

They’re all deciding what to do now. Sign this urgent petition and share it with everyone you know to stop the Great Barrier train wreck.

The Avaaz community has been fighting to save the unparalleled beauty of the reef for years. Last year, Avaaz members threatened a public US Bank when they were set to invest in reef destruction. And hundreds of thousands of Avaaz members sent messages to the Australian Environment Minister to help win the largest marine reserve in the world. Let’s do it again and put the reef out of reach of these profiteering plunderers.