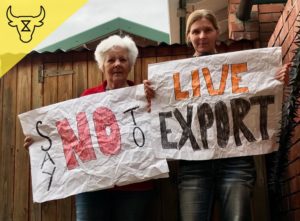 Today, the civil disobedience group Animal Rebellion have organised an online protest action commenting on the government’s contribution to the climate and ecological crises and calling on them to prevent future crises and end animal farming.

Stating that the SA government has “blood on their hands” the animal and climate justice organisation referred to the government’s support of animal agriculture, a system which has been shown to contribute to the destruction of our planet, cause animal suffering and be a cause of deadly viruses such as swine flu, bird flu and the current Covid19 pandemic.

“We are in crisis and we’re calling on the government to make real, systemic change,” said Shannon Goodman, a spokesperson for Animal Rebellion. 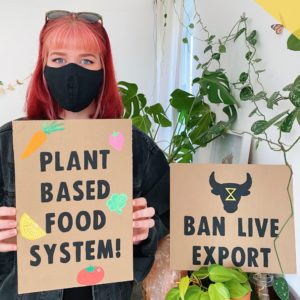 “The government’s response to Covid-19 shows us that they are capable of acting quickly to protect this country and it’s citizens and that’s what we need right now as the easing of lockdown does not mean the end of the problem.”

“We need support during a crisis like Covid-19 but what we need even more is long-term planning from our government that listens to what the science is saying about the animal, climate and ecological emergency. I want to see a world where everyone can live peacefully and happily, not a world where we face crisis after crisis and struggle just to survive.” –Animal Rebellion South Africa

This action aligned with coordinated actions in cities around the world including London, Netherlands, Canada, Rome, Paris, Portugal, Barcelona, Poland, Helsinki, New York, Germany, Bristol, Newcastle, Amsterdam, Romania and more… all with the message for the government to prevent future crises by ending animal farming and transitioning to a plant-based food system. 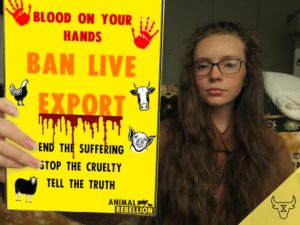 This action also intends to highlight the NSPCA’s fight against the cruel practice of live export.