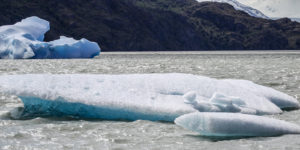 As one of the closest countries to the South Pole, South Africa is directly impacted by Antarctica’s temperatures and sea life. Image: EPA-EFE / Joel Estay

After studying 40 years of satellite data, NASA climatologist Claire Parkinson has found that levels of Antarctic sea ice have plummeted dramatically since 2014, after years of steadily increasing. The implications for South Africa could be serious.

The decrease in sea ice levels in the Arctic has become a symbolic representation of climate change over the last few years, with cruise ships now able to traverse Arctic passages that, mere decades ago, were thought impenetrable.

But while the Arctic was warming, its polar opposite, Antarctica, was doing the exact opposite. Sea ice levels at the South Pole showed a steady increase until 2014, according to a report released on 1 July in the Proceedings of the National Academy of Science of the United States of America by Nasa scientist Claire Parkinson. In the study, Parkinson acknowledges that the uneven and gradual increase in sea ice coverage in Antarctica, which occurred between the 1970s up until 2014, has puzzled scientists for years, and an explanation for the trend has yet to be uncovered.