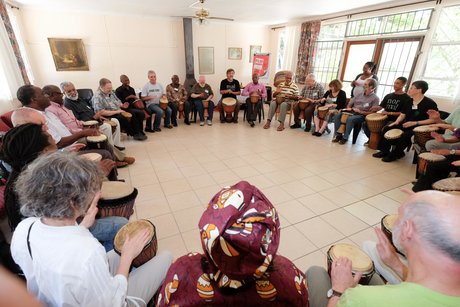 The Primate of the Anglican Church of Southern Africa, Archbishop Thabo Makgoba, has called on Anglicans everywhere to join Orthodox, Roman Catholic, Lutheran and other Christians in a World Day of Prayer for the Care of Creation on 1 September.

The first day of September has become a significant date for Christians caring for the environment. The Orthodox Church has celebrated a Day of Prayer for the Environment on 1 September since 1989 and earlier this month Pope Francis established a ‘World Day of Prayer for the Care of Creation’ in the Roman Catholic Church which will be held annually on the same date.

Pope Francis said in a letter to the President of the Pontifical Council for Justice and Peace and the President of the Pontifical Council for the Promotion of Christian Unity, “As Christians we wish to offer our contribution to resolving the ecological crisis which humanity is presently experiencing”.  He said that the World Day of Prayer would offer individuals and communities an opportunity to “reaffirm their personal vocation to be stewards of creation” and that it should become an occasion for “reflection, conversion and the adoption of appropriate lifestyles”.

The Lutheran World Federation has been promoting a global ‘Fast for the Climate’ and has invited its member churches to fast and pray on the first day of every month until December 2015, when the 21st session of the Conference of the Parties (COP 21) to the United Nations Framework Convention on Climate Change will take place in Paris, France. The fast is seen as “a way for religious communities to express and act upon their concern about climate change and climate justice”, to “show a commitment to undertake the necessary transformations in their communities”, and to “demand that national governments work for more ambitious and ethical outcomes in climate negotiations”, according to Dr Carlos Bock, who was Director of the LWF Department for Mission and Development when the initiative was launched.

Archbishop Makgoba is chair of the international Anglican Communion Environmental Network and in February this year hosted a meeting of bishops from around the Anglican Communion whose dioceses are suffering from the consequences of climate change and environmental degradation. In a statement The World is our Host: A call to urgent action for climate justice, the bishops encouraged Anglicans to “join in prayer and fasting for climate justice on the first day of each month as an integral part of life and worship”.

Archbishop Makgoba has set out his own commitment to fasting and praying for climate justice on 1 September:

“I fast in solidarity with children who will go to bed hungry tonight because their parents cannot afford the rising prices of food.

“I fast in solidarity with climate refugees who have lost their homes and livelihoods due to climate change.

“And I fast in solidarity with people of faith around the world because we know that hope is rising.”