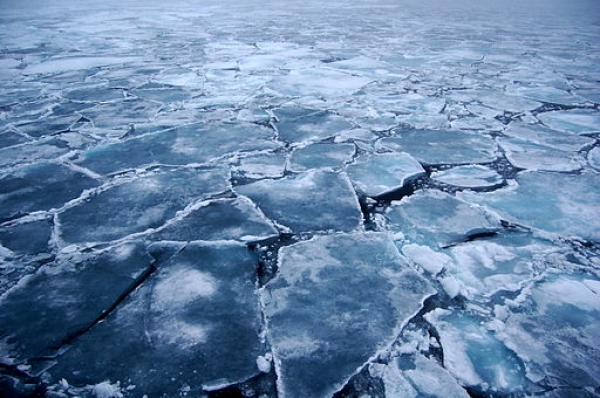 People have been warning about an ice-free Arctic ocean for years. But Jiping Liu, an atmospheric scientist at the State University of New York in Albany in the US and colleagues have gone one better.

The melting of the Arctic icecap has become so fast and so certain that researchers can now confidently predict when the ocean will become ice-free, to within four years.

They predict that the Arctic Ocean will be effectively free of ice for the first time in the month of September between 2054 and 2058.

Once again, the prediction depends on climate models, and inevitably on the decisions governments take to control greenhouse gas emissions in the next decade. But the fact that a team of scientists can spread their bets over a span of four specific years is an indicator of how fast and how inexorable the Arctic melting has become.

The polar icecap has been dwindling in area and losing its thickness for decades: the observations by satellite have been confirmed by submarine measurements and icebreaker journeys. An icecap that was, historically, impassable even in summer has for years given way each autumn to ever greater stretches of open water.

On September 16 last year it stood at almost 49% below the long term average and the ice left floating on the sea had dwindled to an area of 3.4 million square kilometres.

This would, say the researchers, have “significant impacts” on Arctic ecosystems and maritime activities, biogeochemical feedbacks and extreme weather and climate in the high and mid-latitudes.

In 2012, the extent of ice in September had almost halved: what interested the researchers was when it would halve again, falling to 1.7 million square kms. Precisely when this happened depended on which climate model they used, but it always happened at some point: in the 2060s, under one set of conjectured circumstances, and in the 2040s under others.

And, they point out, with only 1.7million sq kms in their models the Arctic Ocean becomes a viable “open ocean” shipping route, with thick and multi-year ice found only in a tiny portion of the northern Canadian archipelago.