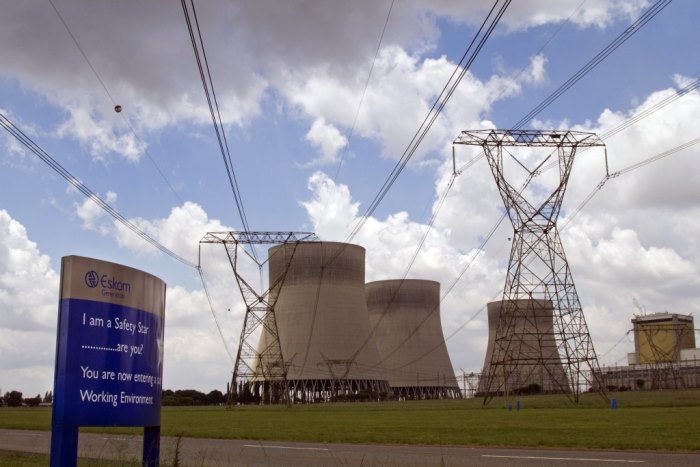 On Tuesday and Wednesday, 13 & 14 December the Southern African Faith Communities’ Environment Institute (SAFCEI) and Earthlife Africa Johannesburg (ELA-JHB) are in the Cape Town High Court to legally challenge the SA government’s nuclear procurement process, which has been shrouded in secrecy and misinformation. This is one of the most significant challenges to government that the country has seen since the Arms Deal.

Following the Department of Energy’s (DoE) presentation on 22 November, SAFCEI, ELA-JHB and their supporters are more convinced than ever that government’s approach to the country’s energy planning is an infringement of citizens’ human rights. This year’s International Human Rights Day calls on ‘everyone to stand up for someone’s rights’ and SAFCEI encourages all South Africans to stand up for each other by supporting their court case, and where possible, make their presence felt at the courthouse next week. Through the court case, SAFCEI and ELA-JHB aim to secure meaningful public participation opportunities, over a reasonable period, as well as ensure transparency (and fairness) from government.

Liz McDaid, spokesperson for SAFCEI, says that hopes for a more progressive, better informed and transparent energy policy framework is rapidly fading. She says that while the DoE’s base case shows no need for nuclear until 2037, it makes a number of nuclear-friendly assumptions, and provides no insight into a scenario with unconstrained renewables. (** The base case is the case presented and demonstrates all the assumptions that will be used in subsequent Integrated Resource Plan (IRP) planning processes.)

McDaid says, “There are a number of problems with government’s proposed energy plans, but the most dangerous is their almost linear focus on only nuclear. There is absolutely no evidence that they spent any amount of time or money to investigate renewables and no comparable costs were provided for other energy choices.”

To support their drive for nuclear, the DoE argues that SA’s GDP of 0.9% (in 2016) will miraculously spike to 2.4% in 2017, and projected to grow at this rate year-on-year for the next 20 years. Of course, such a growth in industry would need increased electricity to meet the demand.

“The DoE will use these exaggerated projections for energy demand to justify the ‘need’ for additional power plants, which the model adjusts accordingly. With no sensible explanation, other than to manipulate the model, the DoE then constrains the amount of renewables that the model can build. It then brings in the next cheapest energy choices (coal and gas), but constrains fossil fuels (for climate change) and suddenly large amounts of nuclear is needed,” she explains.

“There is no indication that the DoE even considered any CSIR data, which puts costs for producing energy from renewables at 62c/Kwh when compared to the 105c/Kwh for energy from coal. The R200million already spent during the preliminary phases all but confirms the government’s intentions/commitment to primarily invest in nuclear, which is another cause for concern,” she adds.

Minister Joemat-Pettersson blames the lack of investment in renewables on the limitations with the current energy infrastructure, but rather than give attention (and budget) to upgrading, this is used as an excuse to eliminate further renewables from the equation. The decision to restrict further development of renewables could mean that the R160million which is earmarked for upgrading the grid will not include upgrades that integrate renewables as well.

Complete neglect of renewables and failure to develop matching grid

“Government’s complete neglect of renewables and failure to develop a matching grid, ultimately becomes an obstacle for anyone else who may want to pursue alternate energy sources. Other countries have successfully overcome this, with more renewables added to the grid than coal.”

Another issue for concern is Eskom’s influence in government’s energy decisions. The parastatal will be taking charge of South Africa’s nuclear build programme and wants to start the tender process before the end of this year. Their argument is that we need to start the order process now to be able to commence with the new builds by 2026, to be in time for the 2037 deadline. A conflict of interest could be behind Eskom’s reluctance to move toward decentralising the country’s energy supply.

“Why is Eskom in such a hurry to proceed with the tender process, with scant regard to public consultations and with very little consideration for anything other than nuclear? Is this a strategic move to ensure that the power remains in its hands? Decentralising the country’s energy supply would not only cut into Eskom’s profits, but it would also affect its relevance.”

The fundamental problem with government’s energy plan is the lack of adequate public participation, which signals a disregard for this crucial aspect of the process. Since the DoE’s preferred plans so strongly favours nuclear (while snubbing more renewables) and could bankrupt the country, greatly reducing social development funds, citizens will need more than a few days of consultation to provide any meaningful response.

McDaid says, “It’s very troubling when one considers that it took the DoE years to formulate the current draft IRP, but expect the country to respond after only a few days of consultation (and over the holiday season, no less.) In addition to this, public responses will have to be based on incomplete information, since the DoE is yet to supply all their supporting information for the public to scrutinise their base case scenario. This, coupled with Eskom’s haste in opening the tender process, is a clear indication that government has no intention of having meaningful engagement with citizens about the energy plan”.

South Africans also need to consider that the estimated R1 trillion price tag for the build programme only covers the costs for setting up nuclear plants. The long-term costs (and risks) related to civil safety and reducing environmental impact (incurred during uranium mining and transport, and waste storage) are not included. Citizens and government need to fully consider all the costs – financial, social and environmental – more realistically.

Why is government set on expensive nuclear and Eskom eager?

Citizens need to understand why the DoE is set on tying the country to expensive nuclear for the foreseeable future, when there are other, safer and more inclusive solutions available, as well as why Eskom is so eager to get the ball rolling.

However, since this is not the final IRP, South Africans are encouraged to send a clear message to government that this breach of our constitutional rights will not be taken lightly. It is only through meaningful public participation, as part of the democratic process, that citizens’ needs can be taken into account.

“All the upheavel, following the Public Protector’s State Capture report, confirms that we cannot blindly trust the government (or Eskom) to always have the country’s best interests at heart. And yet government’s decisions should always promote the wellbeing of the people and the environment, over industry.”

SAFCEI and ELA-JHB’s court hearing aims to force government to provide the public with all the relevant information needed to make appropriate energy choices, with enough time to consider all the options available. Details of technological developments, in all spheres of energy generation, should be considered, particularly since modern electricity grids are now able to receive, manage and distribute currents from different sources in different geographic locations.

The DoE also needs to account for and rationalise its spending. This is particularly important, since government previously invested R8bn in a Pebble Bed Modular Reactor (PBMR) project, which closed with no return on investment. Meaningful public participation would contribute to more accountability on the part of government.

“The DoE could easily install cutting-edge renewable energy technology and a grid system to match, to provide electricity for everyone, anywhere – if they wanted to. By restricting renewables as part of the country’s energy future, the DoE is in fact sabotaging SA’s future livelihood.”

As an alternative, McDaid says that she would have looked at the Treasury’s (slow) growth predictions for the economy (rather than inflating projections for the country’s GDP). Slow growth and increased energy efficiency would give us time to test the model with the variables: coal, nuclear, solar, wind, gas, etc., to see what the model chooses.

“There are a number of possible scenarios that would meet the country’s energy needs and South Africans need to know, and understand what these are. The DoE presented a singular scenario. However, if the DoE were to cut coal and increase renewables, their base case would have looked a lot different. This approach would work towards achieving our modest climate change ambitions, and aligns with policies around growing the green economy and creating jobs,” adds McDaid.

Amanda Luxande, Programme Manager at the Heinrich Böll Foundation, says that the organisation fully supports the court case and she encourages SA civil society and other NGOs to get behind SAFCEI and ELA-JHB in their drive to secure more openness and transparency in this matter.