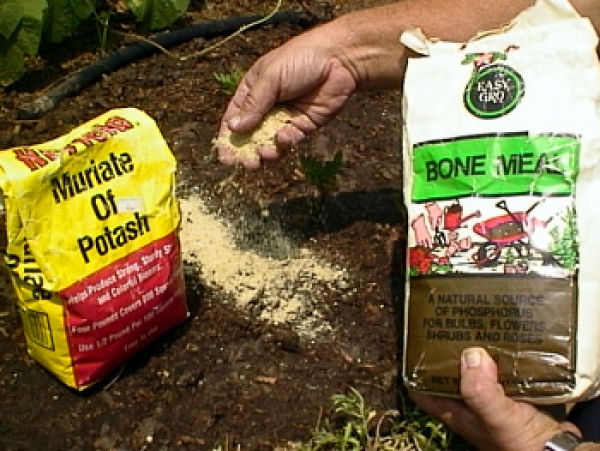 The advent of artificial fertilizers and pest controls altered the face of agriculture around the world during the Green Revolution more than half a century ago.

And while few people are fully ignorant of the damage done to the environment through the use of these synthetic pesticides (and fertilizers), not many people have given much any thought to what will happen when we run out of these vital resources; which is nearing much faster than you might have guessed.

If you’ve ever used fertilizers you have probably at least seen their N-P-K ratings on the bag, standing for the three main fertilizers: nitrogen, phosphorus, and potassium.

Nitrogen is quite plentiful and renewable, despite being the most damaging environmentally and largely being synthesized from natural gas, but the same is not true for phosphorus (bone meal) and potassium (potash).

These vital minerals exist in quite limited quantities and cannot currently be feasibly synthesized, which causes major problems. The world’s phosphorus supply comes almost exclusively out of relatively unstable Morocco, and potassium from Canada and the former states of the Soviet Union, potentially making them future sites for “fertilizer wars” similar to the last century in the Middle East when supplies can’t easily keep up with demand.

Nitrogen is easy, even your urine is and effective source for feeding it to plants (think ammonia), phosphorus could be recycled to some degree if we returned to a practice utilized in some societies in the past of using human and animal skeletons as the source (if that doesn’t bother you), but potassium isn’t something we can easily do much anything about and is an extremely important nutrient to our own bodies as well.

If you’re curious at all about how fickle the world’s potassium supply is, just ask someone who tried to find some to protect themselves from possible nuclear fallout from Fukushima recently. They’ll be happy to tell you about how purchases globally were immediately put under strict controls in case of emergency needs and to prevent stockpiling from disrupting the global market. This is not something we want to have to deal with, but at some point we’re not going to have a choice.

Think about these issues when you’re considering whether or not to go with small scale organic foods or extremely wasteful and disrupting industrial ones, or you may end up help flushing out our saving grace to the sea. Also of note is that Monsanto’s infamous Round Up (glyphosate) used so plentifully around the world on GMO staple crops is specifically designed to chelate or lock up vital nutrients such of these in the soil, almost permanently sealing them away from being absorbed for use in the future. That’s how it kills plants so effectively.