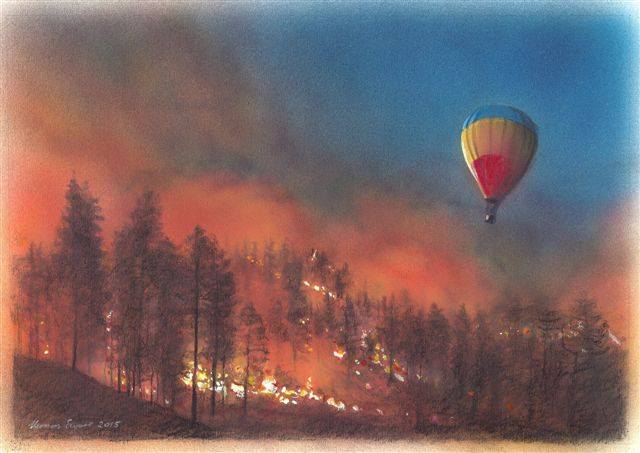 As the fire from Stellenbosch jumps across the Helderberg mountains and spreads down onto the Lourensford estate, Somerset West, everyone’s talking arson. That might be one of the reasons, though I think there is an obvious contributor that is conveniently left out of the discussion: climate change.

We know that changing land uses and patterns of dryer and hotter climate has a strong link to fires. See the following graph showing the parallels here. Climatologists have been predicting escalating fires for a long time – and this is happening in many dry areas, notable Australia, Western America and indeed the Western Cape. Even Europe. Regions where desertification is happening. Western America is battling with six times as many fires as usual. All arsonists?

One report says that this summer, between 1 December and 4 January there were already 4338 vegetation fires reported in Cape Town alone. That is more than 100 per day? During the same period the previous year there were only 1600 wildfires reported. This indicates a threefold increase in fires. Let’s not forget about those in Grabouw, Sir Lowry’s Pass, Signal Hill and Twelve Apostles.

Since 2000 every year so far, barring one, was announced the hottest year since record keeping started in 1861. And the Cape is no exception. Human activities are affecting nature’s biophysical and ecological systems. Changes are experienced in rainfall and wind velocities. We are experiencing higher mean temperatures, which leads to increased evaporation, decreased water balance and more droughts. This leads to more pests, like fruit flys and mosquitoes, and an increased demand for energy for cooling – and hence higher energy demand again. Leading to more CO2 emissions and feeding climate change again. 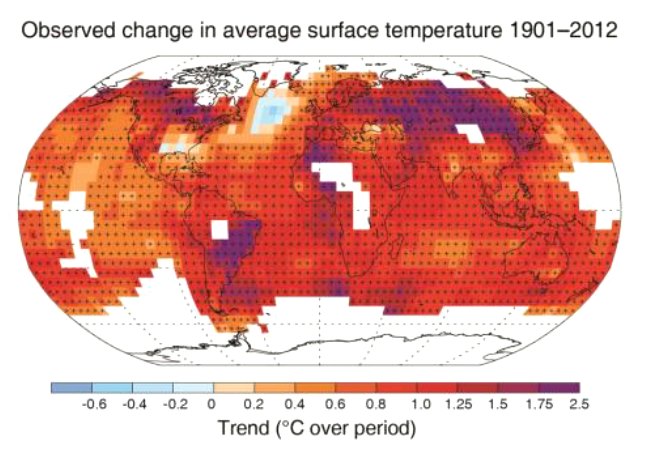 We are also experiencing higher maximum temperatures, so more hot days. This leads to more deaths, illness, heat stress in livestock and wildlife – also increased susceptibility to crop burning and … increased danger of wild fires. Now think threats to infrastructure and increased energy demand again. Who knows how many litres of water is used to douse those fires, the costs and the fuel needs for the helicopters. Sadly two fire fighters lost their lives already.

The Western Cape is known as a very vulnerable area to climate change, especially for droughts, fires and floods. The mission is to become more resilient. In the Western Cape Climate Change Response Strategy, published in February 2014, fire hazards are highlighted:

“The vegetation and agricultural conditions are therefore largely unique to the Province, resulting in a particular climate vulnerability which in some respects is different to the rest of the country. In most cases these changes threaten to amplify existing vulnerability entrenched within the socioeconomic inequality characteristic of South Africa. 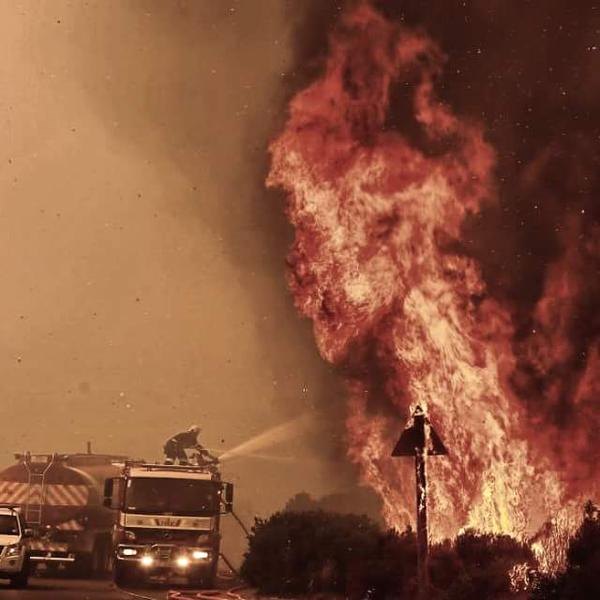 The climate projections for this region indicate not only a warming trend as with the rest of the country, but also projected drying in many areas, with longer time periods between increasingly intense rainfall events. The latter is of particular concern to the already water stressed Province.

These broad projections raise the risk profile of the Province which is already vulnerable to droughts, floods and fire, thus posing a significant service delivery challenge to the WCG and municipalities.”

In the City of Cape Town’s Disaster and Wildfire documentation the link between climate and fires is clearly illustrated: 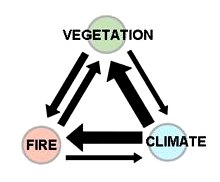 Factors affecting the impact of vegetation fire hazards are:

As temps go up, more land will burn

Wildfires are expected to burn more land as temperatures continue to increase. Since the 1980’s globally the hotter than usual days have shifted.

There are now 100 times more hotter than usual days on the planet. And 90% of the heat energy is absorbed by the oceans, creating ocean storms. 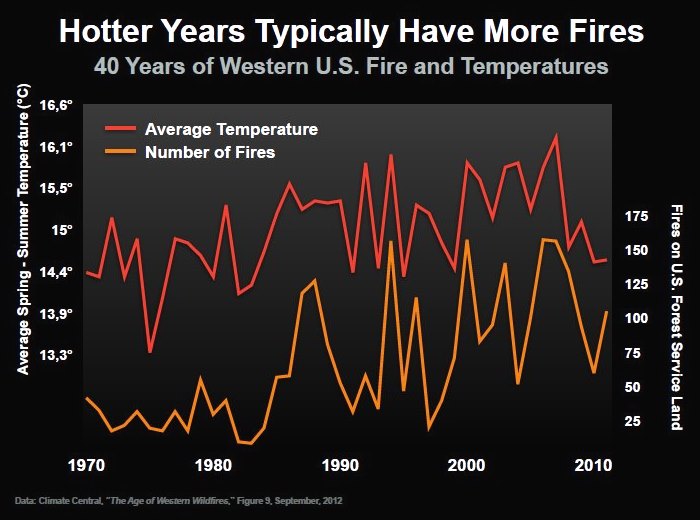 One modelling study estimates that, on average, there are 30 000 wildfires that burn 3 million ha of land in SA annually. Longer dry spells and rising temperatures increase fire risk going forward. 54% of the world’s wildfires occur in Africa.

Consequences a whole other story

I am not going to go into the consequences of the fires now – that warrants a whole story of its own. For now suffice to say it creates more and more climate change, which leads to more fire. So a negative feedback loop. Not good news at all.

“What we have seen are just introductions to the doom and gloom that we could be facing. But that’s not the only scenario. As humankind … we could take vigorous action and we could have a very, very different scenario. That’s a scenario that is worth examining.”

Almost everywhere is at risk now

Increasing incursions by humans into forests, coupled with altered forest ecology and climate change, will make fires bigger and more destructive, with implications for air quality as well as homes and infrastructure.

CO2 concentrations and temperature over the last 400 000 years.

“We face the increased risk of fires almost everywhere,” said Chris Field, director of the department of global ecology at the Carnegie Institution for Science, who is co-chairman of a working group for the Intergovernmental Panel on Climate Change.

There have always been forest fires, of course. But their patterns are changing because of people. See more here.

Says the IPCC report: “Fire frequency is expected to increase with human-induced climate change, especially where precipitation remains the same or is reduced. A general but moderate increase in precipitation, together with increased productivity, also could favour generation of more flammable fine fuels.”

Teachable moment – are we learning?

Dr. Field is co-chairman at the Intergovernmental Panel on Climate Change, the U.N. group, who have published a report that discusses wildfires as part of a broader look at the effects of climate change and the vulnerabilities of certain areas.

“When large fires burn, they can have serious international consequences. In a sense,” Dr. Field said, “they are a teachable moment, showing the risks of climate change.”

This is relevant education for survival. Please help by passing this story on.