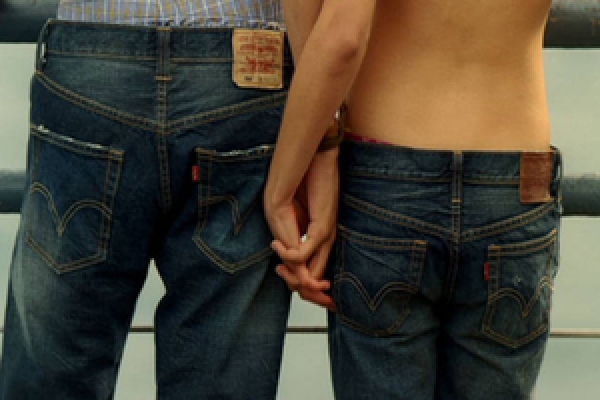 Over the weekend South Africans joined the global call for Levi’s to Detox. Over 700 activists in over 80 cities around the world made their voices heard and demanded that Levi’s eliminate all hazardous chemicals from its clothing and supply chains.

Over 60 volunteers stripped off their “toxic” clothing to reveal “Detox” tattoos on various parts of their bodies, before unfurling a banner that read “Detox Levi’s ” as a direct ask to the global fashion brand to eliminate hazardous chemicals from their clothing supply chain.

“It is imperative that global fashion giants understand the need to eliminate these harmful chemicals that are later washed into our waterways; we are asking Levi’s to commit to Zero Discharge of Hazardous Chemicals by 2020, following the lead of Zara and Mango” said Greenpeace Africa Consumer Campaigner Dianne Mc Alpine.

Greenpeace investigations have revealed dumping of industrial wastewater containing toxic and hazardous chemicals from two of Mexico’s biggest textile manufacturing facilities. These facilities supply clothing to big fashion brands, including Levi’s. Last Wednesday, Greenpeace International’s investigatory report, Toxic Threads: Under Wraps, details how Kaltex and Lavamex facilities operate with little transparency and under weak laws, which allow them to avoid scrutiny of their manufacturing processes. Other brands linked to the facilities include Calvin Klein, LVMH, Guess, Gap and Walmart.

The crunch is on

Just three days after launching, nearly 130,000 people have joined the campaign calling on the world’s Levi’s to be a real leader and Detox, with tens of thousands taking action on Facebook and Twitter.

Greenpeace demands fashion brands commit to zero discharge of all hazardous chemicals by 2020 – as brands including H&M and M&S have already done – and require their suppliers to disclose all releases of toxic chemicals from their facilities to communities at the site of water pollution.

Around the world more and more consumers, activists and ‘fashionistas’ are uniting behind the idea that the clothes they buy should carry a story to be proud of, not the residue of hazardous chemicals.

“South Africa is already dealing with an impending water shortage, we need to act with our consumer power to change the patterns of global fashion brands, who can potentially jeopardize access to clean water” concluded Mc Alpine.