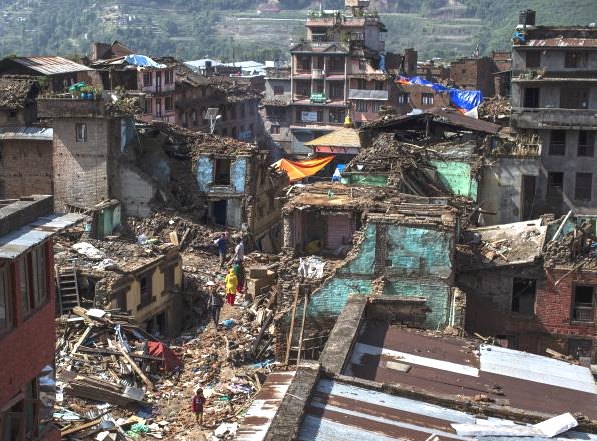 Local residents walk past collapsed houses after the April 25 earthquake in Sankhu on the outskirts of Kathmandu. Image: Reuters/Athit Perawongmetha

At least four people have been killed and a number of buildings have collapsed in the town of Chautara, Nepal, after the country was struck Tuesday by a powerful earthquake and two major aftershocks, the Associated Press reported, citing an official with the International Organization for Migration.

A search and rescue team has begun searching through the rubble in the small town, which lies about 22 miles northeast of the capital city of Kathmandu, spokesman Paul Dillon reportedly said. The 7.3-magnitude earthquake, which struck western Nepal on Tuesday, comes less than three weeks after a powerful 7.8-magnitude earthquake killed over 8,000 people in the region.

The U.S. Geological Survey also reported two aftershocks — one of 5.6-magnitude and another of 6.3-magnitude — about 100 miles to the north and east of Kathmandu. The earthquake was a shallow one — about 11.5 miles below the surface — and the tremors were reportedly felt across northern India, including in the states of Delhi, Bihar and West Bengal. 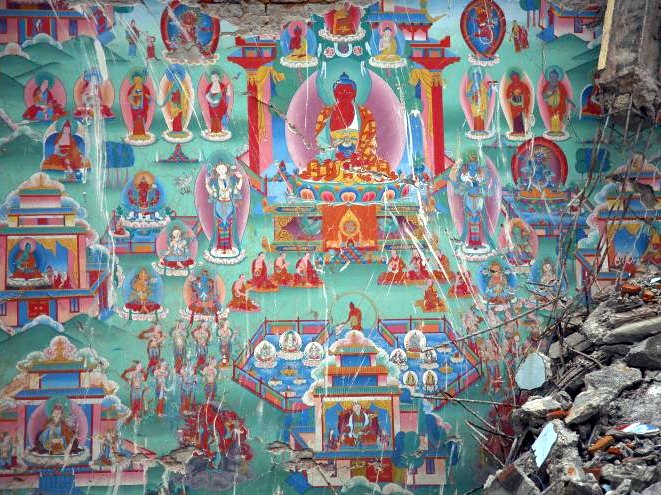 These paintings of Lord Buddha are pictured on a wall, which remained after Manang Monastery collapsed following the April 25 earthquake. Image: Reuters/Navesh Chitrakar

The Norwegian Red Cross also reported of fresh casualties on its Twitter feed after the latest earthquake, which the USGS had initially reported as a 7.4-magnitude quake — struck about 52 miles from Kathmandu, and in a remote region close to Mount Everest, according to reports.

The latest quake comes even as the impoverished Himalayan nation struggles to emerge from the devastation of the earthquake on April 25. There were unconfirmed reports of people rushing out of Kathmandu airport.