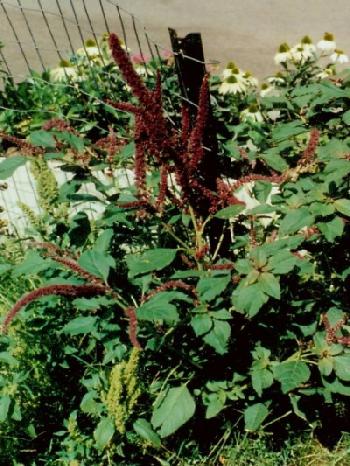 Pigweed, also known as amaranth, grows wild in North America. There are more than 60 species. The leaves have an extremely high vitamin and mineral content. Amaranth seed is at least as rich in protein as soybeans and contains amino acids essential to health, and can be ground like maize. The leaves can be picked when young and used as greens.

This may sound like a 1950’s B-grade horror, but the phenomenon is real. As more and more herbicide is sprayed on the genetically-modified monocultural wastelands of the world, resulting in plants developing immunity to the herbicide, the United States, where the experiment has been carried out for the longest, is suffering the worst of the consequences.

Pigweed, and other “weeds”, are rendering much of the farmland in the south of the USA inoperable. You may wonder why farm workers don’t just pull out the pigweed. That’s just it – most of the affected farms are huge farms of 10 000 or more acres. Farms which are not feasible to farm manually – they’re normally looked after by a plane flying over dropping herbicides and the like, and a combine harvester racing around at harvest time.

The pigweed stops combine harvesters in their tracks, and owners of these mega-farms are at a loss. There’s a solution, of course. Reduce the scale of farms back to the human scale, where multiple companion crops can be grown, organically, complementing each other and supporting the soil health. Or wait for Monsanto to release its better, stronger, more expensive chemical cure in about 2015.

Besides encouraging super weeds such as the pigweed, glyphosate (the herbicide particular to Roundup, and most-widely used) is starting to be studied more. A number of its other harmful effects are being noted, such as damaging beneficial microbes in the soil, interfering with nutrient uptake by the plant and reducing the efficiency of nitrogen fixation. 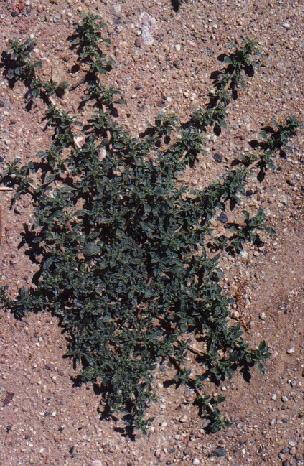 Protect our land, food resources and your health by voting with your purse:

The Harvest Of Hope is an online organic market, delivering fresh organic veggies, fruit, food and products all around the Cape Peninsula and Boland.