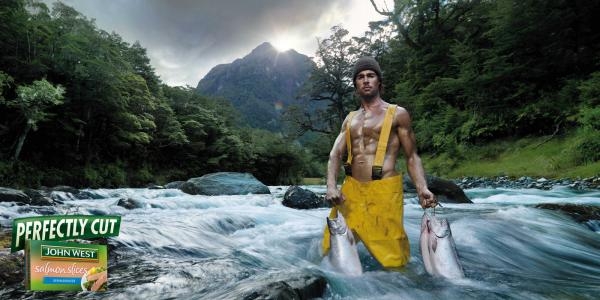 John West, one of Australia’s leading canned fish manufacturers, has pledged to stop using destructive fishing methods that needlessly kill sharks, rays, baby tuna and turtles. The commitment means that John West will phase out the use of highly destructive and wasteful Fish Aggregating Devices (FADs) used with purse seine nets by 2015.

“John West has joined the growing ranks of progressive tuna companies around the world who are providing consumers with the sustainable tuna they demand,” Greenpeace International Oceans Campaigner Oliver Knowles said.

“It’s an increasingly brave CEO who stubbornly refuses to stop sourcing from destructive fishing, risking lasting brand damage as they are left behind by other brands that are determined to make their products sustainable,” Knowles added.

The news that John West in Australia has made this commitment is of major significance to the international Greenpeace campaign, which aims to drive sustainability standards through the global tuna fishing industry.

Similar commitments to phase out FADs with purse seine nets have already been made by all brands and major retailers in the UK and Safeway in the US. Many other retailers and brands around the world are currently making progress to remove FAD purse seine caught tuna from their supply chains.

“By committing to genuine sustainable fishing, they have done exactly that. This is a win for consumers and a win for the oceans. It shows that when Australians take action together, we can bring about real change.”

In a statement released earlier today, John West committed to a complete ban on the use of FADs to fish for their tuna by 2015. John West joins major Australian brands Greenseas, Safcol and Sirena in their commitment to responsible fishing. Earlier in the year John West committed to not sourcing any tuna from the proposed Pacific Commons marine reserves.

The announcement comes just as the Western and Central Pacific Fisheries Commission meets in the Philippines to discuss extensive FAD bans in purse seine fisheries and other measures to rescue the world’s largest tuna fisheries.

Pacific scientists this year warned that a total ban on FADs was the best way to save the overfished Pacific bigeye tuna. The use of FADs with purse seine nets results in a high catch of juvenile tunas as well as sharks, rays, and critically endangered sea turtles.