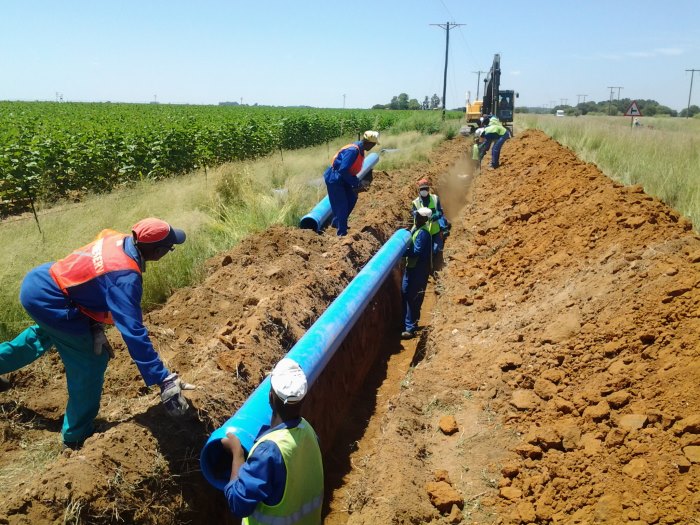 Commenting on the state of the country’s water supply ahead of National Water Week (16-22 March 2015), the South African Plastic Pipe Manufacturers’ Association (SAPPMA) Chairman, Jan Venter, said his association had grave concerns about the severe pollution in our water sources, water losses in distribution caused by water leaks and wastage, and the lacking water infrastructure that is expected to support the rapidly increasing demand.

SAPPMA represents more than 80 % of the plastic pipe produced in South Africa, and focuses its efforts on ensuring pipe systems that are leak-free and durable for long-term use. It also focuses on the rehabilitation of old pipelines.

Saying we are worried is an understatement

“Our members are the ones who would be supplying and installing these pipes if there were any upgrades, and would therefore have a very good idea of the amount of pipes ordered and installations completed by government over few years. Saying that we are very worried about the state of our country’s water infrastructure, would be an understatement,” Venter said.

Water distribution, waste disposal, irrigation and telecommunications all rely on pipelines to function. Pipelines lie at the heart of South Africa’s infrastructure and should be replaced before they fail. Although the South African plastic pipe industry is relatively small, it is of extreme importance in the development and maintenance of the country’s infrastructure. It is also one of the most demanding industries, as plastic pipes and fittings are required to last in excess of a hundred years, as opposed to the old cement or asbestos pipelines that had a lifetime of no more than 50 years.

“Two major causes of water loss are corrosion and poor jointing. For this reason, old steel or asbestos pipes around the world are being replaced with plastic pipes, because they do not corrode and the joints are leak-proof if done correctly. High-density polyethylene (HDPE) and polyvinyl chloride (PVC) pipes answer these calls with distinction as the materials are lightweight and easy to handle, easy to join, available in a range of sizes and pressure ratings and have low frictional resistance, with hydraulic properties that remain virtually unchanged over its useful life, which results in low pumping costs,” Venter explained.

“The majority of the old steel and asbestos cement pipelines that were installed around South Africa in the early 1960’s have undoubtedly been corroded by now and long since reached the end of their effective life span. Unless urgent attention is given to the replacement and maintenance of the water infrastructure, the country’s water supply could soon be following in the footsteps of the country’s failing electricity supply. We are already experiencing the first impacts of this catastrophic component failure, with bursts starting to occur on a daily basis, as well as the negative impact of regular and prolonged disruptions in service delivery”, he said.

Already 37% of water is getting lost

According the Water Research Commission, who recently completed a survey of 132 municipalities in South Africa, ‘non-revenue water’ averages around 37 % (water lost through leakage, incorrect metering and unauthorized consumption). Explains Venter:  “This amounts to a financial loss of around R7,2 billion per year. Australia another water-scarce country, loses less than 10%. South Africa simply cannot afford to continue losing so much treated water”.

In 2012 it was being projected that the country could run out of water by 2025, and its economic hub, Gauteng, possibly by as early as 2015. Indeed, since late last year through January this year, parts of the province were periodically without water due to low capacity and high demand, exacerbated by the country’s electricity crisis and acid mine drainage. Acid mine drainage is being diluted with good quality water from the Vaal River, a main source of water for the province.

“Not many people spare a thought for the thousands of kilometers of plastic pipes that supply rural communities across Africa with clean drinking water. Although the country is only now waking up to the fact that water is fast becoming a critical problem, SAPPMA sees the water market as one of our most important areas of focus and has been calling on decision makers to pay attention to the warning signs before it is too late,” concludes Venter.