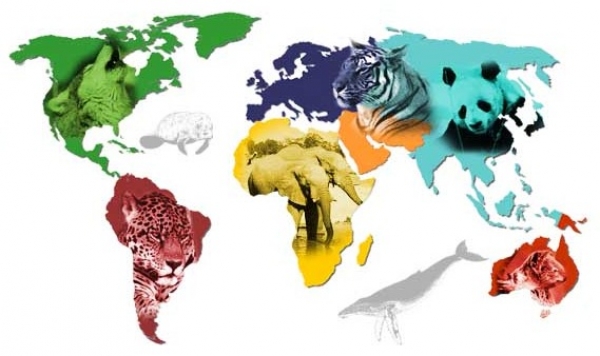 Google, famous for their internet search engine, has made a US$3 million Global Impact Award to the Smithsonian Institution in Washington, DC for a project on endangered species. South Africa is one of six countries selected as partners in the project. The others are Kenya, Nigeria, Mexico, Brazil and a Southeast Asian country to be selected soon.

The Barcode of Wildlife project will take DNA barcoding to the next level in terms of real-world practical applications were we will test the effectiveness of DNA barcode evidence in investigation and prosecution of wildlife crime by combining scientific research and law enforcement to protect endangered species. This is an effort to assist border and law enforcement officials, park rangers and other regulatory officials in the detection of illegal trafficking of protected species, which is currently ranked amongs the most lucrative industries in the world, slightly less than illegal drugs, human trafficking and arms dealing.

The identification of species is generally work for the taxonomists, but this is not possible at every border post, and in many cases the specimens have crossed the border before an identification could be made by a professional. If border officials, for example, confiscate a box of white powder – is it ground up rhino horn, lion bone, an endangered plant root or something more innocent? If a piece of red meat is presented – does it come from a cow, or from a primate? Identification can be difficult as traffickers are taking more drastic measure to cover their tracks. These questions, and many others like them, can only be answered by using DNA technologies such as DNA barcoding.

DNA barcoding was proposed in 2003 as a way to identify species rapidly and cheaply using a short, standarised DNA sequence. According to Dr David Schindel from the Smithsonian Institute in Washington, it can be used to identify a species in the same way that the universal product code – the barcodes used on products in a supermarket – distinguish the product that you are buying from countless others on the shelf. DNA barcoding is similar in the sense that once a reference library has been created (by sequencing the barcode region of DNA) it would allow the user to quickly look up and identify the species in hand.

The project will bring together people from all sectors to ensure that all the relevant officials have access to this technology. Meetings have already been attended by a variety of parties, including the Department of Environmental Affairs, airport customs officials, the South African Police Service, SANBI, prosecutors, as well as scientists from universities and museums to ensure that this truly is a cross-frontier operation, with all participants realising the importance of the opportunity at hand, and tackling their respective roles with passion and commitment.

The ultimate goal of the project is that towards the end of 2014 DNA barcoding evidence will be used in a court of law. That implies that within two years, somebody will go to jail for illegal poaching and trafficking, due to this unique and groundbreaking research and technology.