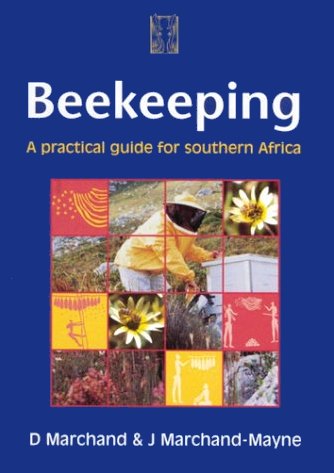 We in Southern Africa have had our honeybees since time immemorial. Among the !Kung clans, an old and well-managed hive was cared for as a family treasure and passed down to the next generation, and theft of honey was considered a capital crime. The San of the Outeniquas (a KhoiSan word meaning ‘honey mountains’) were well known as honey traders, bringing down buckskin bags of honey to barter with the coastal Khoikhoin.

But honey production is not the most important of honeybees’ work. Fruit and vegetable farmers totally depend on honeybees for crop fertilization. According to Einstein, if bees ever became extinct Humans would follow within months. A call has gone out – get a hive, gardeners!

In the Western Province the honeybee type is the Cape honey bee (apis mellifera capensis). Mild tempered, hardworking, a producer of slightly less honey than her cousin, Scutellata, she inhabits a small area of the southwestern Cape. Strangely, she’s unique in one respect: workers in other races can’t lay anything but drone eggs, but Capesis can lay female eggs who can be potential queens. Thus she can, and does, take over the hive of another ‘race’ of bees!

This is what happened in the 90’s, when some ill-advised person took a lot of Capensis hives to orchards in Gauteng, causing a spate of colony collapse, almost ruining beekeeping there. Now though, the Scutellata population is as strong as ever and Capensis is by Government decree, bound to the Western Cape, her home territory. In the rest of Southern and East Africa then, is found the famous African honeybee – Apis Mellifera Scutellata, with a sizable band of hybrids in between.

Scutella not welcome in the US

But this treasured, strong, adaptable, typically African little creature, Scutellata, isn’t appreciated in the USA where it’s known as a pest and termed ‘killer bee.’ A Brazilian beekeeper or apiarist introduced the larger and more aggressive Scutellata to improve the South American race, Apis Melipona, and the two successfully hybridised.

Brazil is now one of the South American countries exporting honey globally. But the strong African bees ‘escaped,’ the story goes, to the US, and attacked locals causing deaths, and panic. Brian Fanner, a smallholder in the Hopefield district of the Renosterveld, told us about ‘American Foulbrood’ (yes, believe it or not) a serious and notifiable disease for beekeepers – it isn’t in the least dangerous or infectious to Humans. This fungus disease destroyed 30% of bees on the Southern Peninsula and is slowly spreading outwards. It’s still brought in, by importers careless of proper security and bee hygiene. Importers? one might ask. Yes, our beekeepers can’t supply our own demand!

Apiarists warn that things can become serious when beekeepers get scared off by various diseases and just give up trying, leading to a diminished bee population. Apiarists all agree that every gardener should have at least one hive. And most agree that the big commercial orchards should employ their own beekeepers. That part of the Western Province known as the Swartland is, along with the Renosterveld, regarded as an optimal honey producing area, due to its diverse flowering all year round. So far this area is disease free, Brian Fanner tells us, luckily for the hundreds of farms and smallholdings who keep bees as a home industry. The floral kingdom here is typical Fynbos.

In Winter, if the beekeeper is anywhere near a commercial canola-grower such as those in the Malmesbury district, the prolific, yellow canola flowers yield vast amounts of nectar. It’s known to provide extra energy to the honeybee, causing some aggressive behaviour during the time of nectar flow, so just be careful. After all, says Brain, the bee is a wild animal and must be treated with respect. Vygie season yields a pale golden, sweet honey, and from Midsummer onwards the honey becomes a darker gold, with a more full-bodied flavour and a slight bitter tang. Both have the musky flavour typical of Fynbos honey: totally delicious.

The stronger, dark, Late Summer Harvest is often used for medicinal purposes. But, not everyone is partial to it, so commercial bottlers do blends of various kinds for the general market. Some beekeepers sell honey to companies such as Fleur of Stellenbosch, who bottle and distribute it. Much of it will be mixed with other honeys, or adulterated with sugar syrup, as in `Poor Man`s Delight` (found on the shelves of many FoodZones). However, discerning honey-lovers will try to buy from `origin`, just as is done with those other historically classic foods, olive oil and wine. We might see Festivals in the near future, with ‘tastings,’ as happens in Turkey! Brian started beekeeping by simply placing hives in among the fynbos, where they soon attracted a swarm. Swarms were also taken from various homes or farms whose owners wanted them removed. He expects to have more than 80 litres of honey by the season`s end in March.

Weakened bees are susceptible to attack

Our African bees aren’t blamed, it seems, for the Colony Collapse Disorder that hit the USA, peaking in 2007. Bees, investigaters found, were weakened and thus susceptable to attack by mites, viruses and bacteria. According to Brian Fanner, a prime reason for weakened bees is widespread monoculture, subjecting bees to insufficiently diverse nutriments. Here they may suffer overwork too; travelling long distances to find a decent garden. In the US, vast acres of maize in what was once flowering prairie are of little use to the honeybee, where only pollen is useful, and where she’s not even required for maize pollination.

Then too, American apiarists transport thousands of hives seasonally by truck or plane to vast orchards, and resort to feeding their bees with commercial food supplements. These may be chemicals with long term harm. All the more reason for orchards to maintain their own bees! Crop-spraying with insecticides also causes huge losses of bees. We can only hope and pray with the beekeepers of the Western Cape, that agribusiness never gets that huge and runs away with commonsense, in South Africa.