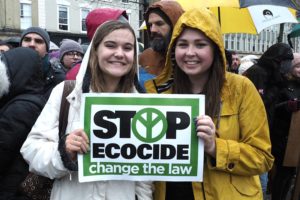 The Belgian Ecolo-Groen (Eco-Green) parties have been quick to seize the moment to propose establishing the crime of ‘Ecocide” in Belgium and in the wider international community, following French president Emmanuel Macron’s recent statement in support of making ecocide a crime.

Belgian eco-green parties, in consultation with French legal expert and Stop Ecocide associate Valérie Cabanes, have introduced a bill into the federal parliament’s Chamber of Representatives, proposing to examine introducing a crime of ecocide into the Belgian penal code, in collaboration with the regions. 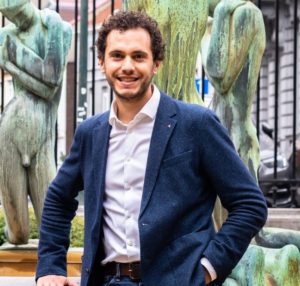 Samuel Cogolati, the member of parliament behind the proposal, is committed to preventing mass destruction of the Earth.

“Right now the law forbids theft and drug trafficking but is silent on the most serious crimes committed against the planet. Now we are all victims of climate breakdown, pollution and the collapse of biodiversity. We must protect nature and future generations in much stronger, more enforceable ways.

“We must recognise the intrinsic value of ecosystems in our penal code. Because without water, without forests, without clean air, we cannot survive on Earth. The planet is our common home. It’s time for criminal law to urgently come to the rescue.”

Cogolati’s proposal will be discussed and voted on after the summer break. As the Ecolo-Groens make up the second biggest party group in Belgium, it will certainly be taken seriously. 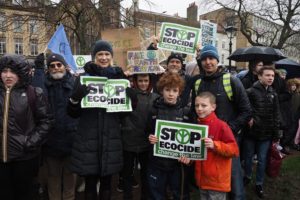 Cabanes, for her part, is glad to see so many years of dedicated campaigning in France and beyond beginning to pay off: “The great thing emerging right now is the voice of states with a strong diplomatic influence (France, Belgium), so that real negotiations can begin and an amendment to the Rome Statute to recognise ecocide can be put on the agenda, no doubt in 2021.

“Moreover, Belgium [is] one of the countries that already operates international jurisdiction [so] a national law can have international impact, and that is extremely interesting.”

The letter, which has already attracted many thousands of signatures, urges leaders to treat the climate crisis as a crisis, with a key demand for them to support an international crime of ecocide. 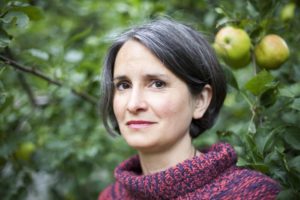 “This is an incredibly exciting week. Civil society and politicians alike are waking up to the need for a simple, enforceable way to protect our precious life support system – the natural living world. Making ecocide a crime is a straightforward way to prevent further devastation. We were already delighted at the huge wave of support for Greta’s letter yesterday and now eagerly await the outcome of Belgium’s discussions after the summer.”

There is growing support for the move to make ecocide an international crime: last November Pope Francis called for ecocide as a “fifth category of crimes against peace”; in December the small island states of Vanuatu and the Maldives called for serious consideration of ecocide crime at the International Criminal Court’s assembly; earlier this year the Swedish workers movement urged Sweden to lead on proposing it; and President Macron of France recently promised to champion it on the international stage.