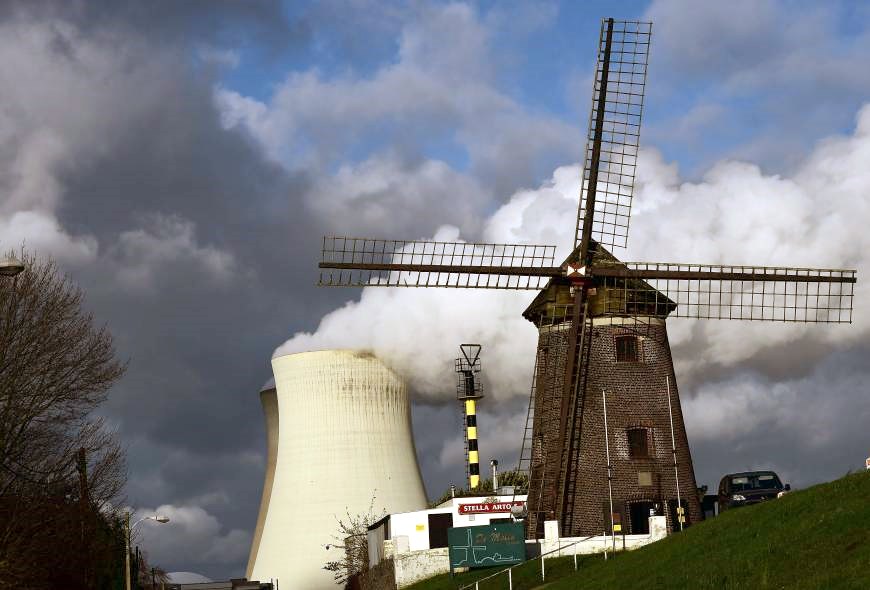 The two cooling towers at Belgium’s Doel nuclear power plant belch thick white steam into a wintry sky, and people across the border in the Dutch town of Nieuw-Namen are on edge.

They are part of a groundswell of concern in the Netherlands, Germany and Luxembourg over the safety of Belgium’s seven aging reactors at Doel, to the south, and at Tihange, farther east.

“I’m happy Holland, Germany and Luxembourg are reacting because they (the officials) don’t listen to you and me,” butcher Filip van Vlierberge said at his shop in Nieuw-Namen, where people can see the Doel plant.

Benedicte, one of his customers, nodded in agreement.

Van Vlierberge said he was particularly uneasy with the Belgian government’s decision in December to extend the lives of 40-year-old reactors Doel 1 and Doel 2 until 2025 under a deal to preserve jobs and invest in the transition to cleaner energy.

“I’m concerned they are too old,” he said.

History of incidents has Netherlands concerned

Belgium’s creaking nuclear plants have been causing safety concerns with its neighbours for some time now after a series of problems ranging from leaks to cracks and an unsolved sabotage incident.

The Netherlands has “serious” concerns, the Dutch environment minister said Wednesday during a joint inspection of one plant with her Belgian counterpart.

Belgium has recently opened up its two nuclear plants to inspections by ministers from Germany, Luxembourg and the Netherlands.

“There are concerns because of the age of the nuclear plant and the incidents that have been occurring,” Dutch Environment Minister Melanie Schultz van Haegen told a news conference after an inspection at the Doel plant. “The incidents have not caused any risk to the nuclear site. Now it’s not a nuclear incident, but maybe tomorrow it is,” she said.

But she added that “what the experts are telling me gives me the certainty at the moment that the Doel plant is safe.”

Belgian Interior Minister Jan Jambon told the news conference that Belgium’s seven reactors are all safe despite the recent problems. “The guideline of the Belgian government is that we don’t give 1 millimeter on security — not 1 millimeter,” he said.

Doel 1, the country’s oldest reactor, was originally shuttered in February 2015 under a law calling for the country’s gradual phaseout of nuclear power, but the government then restarted it under the extension deal.

But the plant, about 15 kilometers (nine miles) as the crow flies from the major port city of Antwerp, had to be closed three days later due to a generator problem. It has now been restarted a second time.

Meanwhile Belgian operator Electrabel said in December it had restarted a reactor at its Tihange plant, just days after being forced to shut it down following a fire in the electricity supply system.

Tiny cracks discovered in 2012 in the reactor pressure vessels of Doel 3 and Tihange 2 caused lengthy closures of both reactors. They were both restarted at the end of last year; one had to close quickly yet again, for a few days, after a water leak.

Terrorism not ruled out as cause of oil leak

The Doel 4 reactor was also shut down urgently in August 2014 after a leak in the turbine hall, caused by tampering, gushed out 65,000 liters of oil lubricant.

Belgian prosecutors told AFP the investigation into who was responsible is ongoing, and they do not rule out terrorism or an “act of vengeance.”

Peter, a Dutch docker returning from work in Antwerp, was especially worried about the unsolved sabotage case. “I don’t understand how such things can happen,” Peter said in Nieuw-Namen, adding that “people are a little afraid” over the range of reactor problems.

Germany’s environment minister, Barbara Hendricks, recently sent a set of safety questions addressing the cracks among other issues, to the Belgian nuclear watchdog AFCN, which ensures all reactors are safe.

Both Electrabel and AFCN said the recent problems have only been in the non-nuclear parts of the reactor and there is no danger from the nuclear cores despite the micro-cracks.

“We resumed service following an audit from a U.S. research firm, an international firm that guaranteed the structural integrity of the vessels,” Electrabel spokeswoman Florence Coppenolle said when asked about the cracks.

Microcracks could lead to another Chernobyl or Fukushima disaster

But Eloi Glorieux, Greenpeace’s nuclear campaigner for Belgium, insists the micro-cracks in the Doel 3 and Tihange 2 pressure vessels are cause for concern because they are “one of the most vulnerable parts” of the plant.

“If the reactor pressure (vessel) fails, then we have a Chernobyl and a Fukushima-type accident,” he warned.

In March 2011, an earthquake and tsunami in Japan triggered meltdowns at the Fukushima plant, the world’s worst nuclear disaster since Chernobyl in Ukraine 25 years earlier.

It was the Fukushima disaster that persuaded Germany to phase out its own nuclear plants.

Glorieux warned that any catastrophe in Belgium would be far worse than in Fukushima or Chernobyl, because its plants are near such densely populated areas.

The authorities in Maastricht and Aachen have hired lawyers to consider possible legal action against Belgium to ensure plant safety, or even force a closure.

Electrabel’s Coppenolle said the criticism of Belgium was misdirected as the Dutch have extended by 20 years the life span of their reactor on the Belgian border until 2033 while nine German reactors will run until 2022. 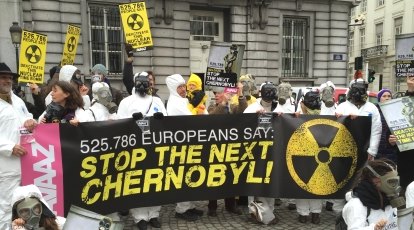 Stop the next Chernobyl

If the world joins in with the largest call ever for energy safety, we can get the UN to help shut the sites down until proven safe.