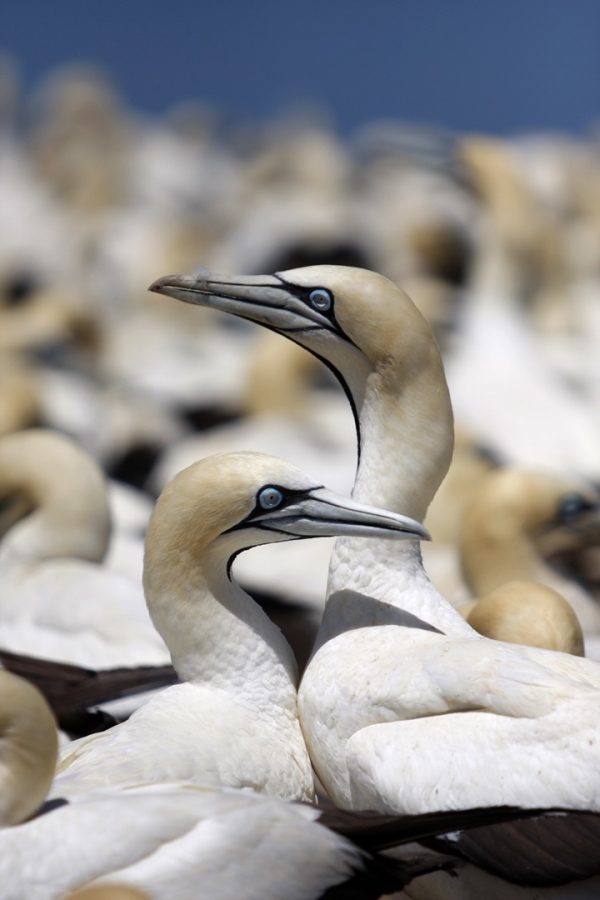 It is with great excitement that CapeNature, together with residents from Lamberts Bay this month celebrate 100 years since the Cape gannets colonised Bird Island, making it one of only six breeding colonies of this vulnerable seabird, worldwide.

Eighty two year old resident, John Phillips was already a registered fisherman at age sixteen and confirmed that “the gannets remain important as it directs small scale fishermen when they fly or sit on the water.”

But in the 1990s fish stocks diminished and now the local community depends more heavily on the pulling power of the birds to draw local and international tourists to the town. These visitors create a market for local crafts and produce, while the hospitality industry generates much needed jobs.

CapeNature has over the last ten years invested a total of R5 million in the ecotourism facilities on the island, boasting arguably the best seabird viewing facilities in Africa.

Only six in the world

The colony of Cape gannets on Bird Island is one of only six in the world (three in South Africa; three in Namibia). On average, and through nine months of the year, there are about 17000 birds on the island, which form 7% of the world’s population of this species.

Yves Chesselet, a CapeNature nature conservator who spends most of his time guarding the gannets on the island confirmed that “the number of birds has been stable over the last six years.”

The main threats however remain a changing, and reduced availability of fish (sardines and anchovy) within gannet commuting range – which is 100-150 km. The other main threat is attacks by fur seals. In 2005 nocturnal attacks led to the desertion of the entire colony. This caused the loss of an estimated R5 million in tourism income in Lambertsbay.

In 2002 almost 400 gannets died as a result of the Pasteurellosis (avian cholera) epidemic. Heat waves cause the death of a few tens of adult gannets in most years.

Scientists are concerned that climate change will cause a rise in sea level. A predicted increase in the number and severity of storms could lead to waves washing over the island and removing the guano the gannets need for nesting.

Rushing for the guano

It was a rush for this ‘white gold’ or guano (birdpoo) that propelled the Union of South Africa back in 1912 to religiously file monthly reports reflecting on the gannet population that just landed on Bird Island, 100 years ago.

“The birds were probably given special protection by the guano managers who must have appreciated their importance as guano producers” said Dr Tony Williams, a retired CapeNature scientist, who used the manager’s reports to confirm the date when the first pair of gannets arrived on the island.

Guano was used as fertiliser in Europe and fetched more than R1.5 million per annum for the government of the day.

The island was transferred to CapeNature in 1987 and proclaimed as a Provincial nature reserve during March 1988.

CapeNature rangers based on Bird Island are convinced that the birds are also celebrating their 100 year stay, after they elected not to disperse from the island for their annual migration trips during 2012, for the first time in recorded history!

During non-breeding winter months, (June – August) large numbers of adults usually desert the island to destinations as far as Angola and Mozambique.

Terence Coller, Conservation Manager on the island however said that “research in collaboration with Oceans and Coast is currently being done into the foraging patterns and other aspects of the biology of the gannets, in an effort to ensure the long-term survival of this wonderful bird.”