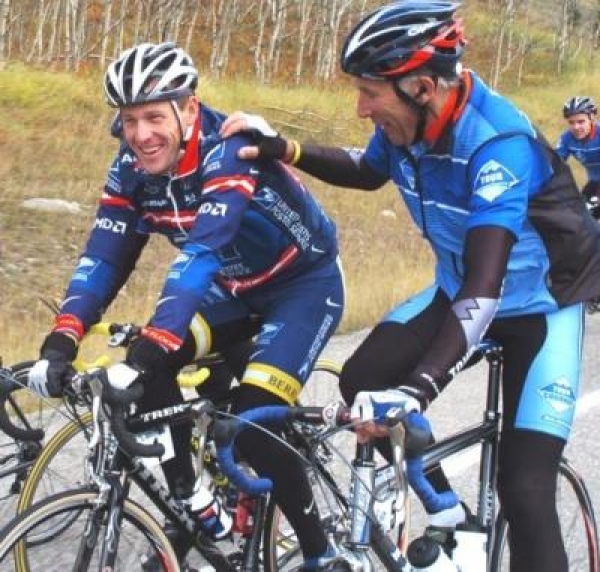 During the recent JoBerg2C mountain bike race, BirdLife South Africa’s ‘Fast and Featherless’ team and their famous patron raised much needed funds and awareness for bird conservation in South Africa.

The team’s patron, Phil Liggett – internationally regarded as the ‘voice of cycling’ is a legend in cycling circles, having been the commentator of over 20 Tour de France cycle races. He is also an avid birder and showed his commitment by cycling certain legs of the nine-day, 930km race in the colours of the team’s sponsor, Sappi.

The Fast and Featherless team, consisting of BirdLife South Africa‘s Daniel and Kelly Marnewick, has been riding popular mountain bike events since 2008 and is now a well known brand in the mountain biking sector. 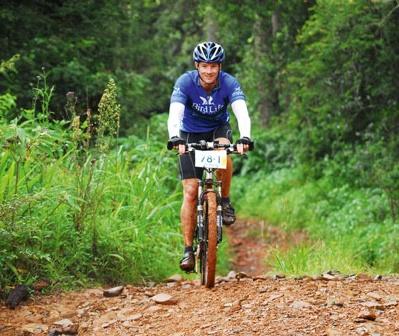 The team completed the JoBerg2C race to raise money for BirdLife South Africa’s Important Bird Area Program as well as awareness of threatened birds. The race also did a good job of involving and raising funds for local schools, farmers and community groups of the towns through which it passed.

‘Many of the routes used by South Africa’s popular mountain bike riders pass through natural landscapes on private or protected areas, a large number of which are Important Bird Areas that provide a habitat to our most threatened birds,’ says Sappi’s Group Head Corporate Affairs, André Oberholzer.

‘This makes an event like the JoBerg2C an ideal platform to raise funds and awareness for bird conservation.’ 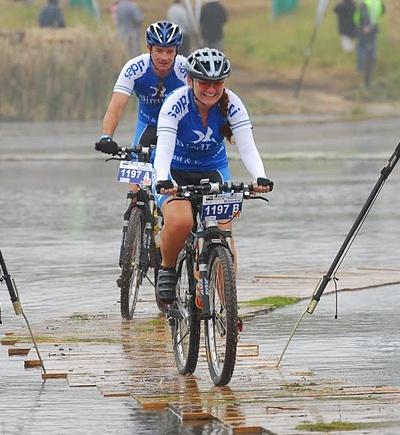 The JoBerg2C mountain bike race, now in its second year, could be classed as one of the toughest in South Africa. It meanders across three provinces and more than four biome types.

Starting in Johannesburg, the journey crosses through Highveld grasslands, then drops off the escarpment to the majestic bushveld and savannas along the foothills of the Drakensberg, through the mist-belt forests, grasslands and Sappi plantations in southern KwaZulu-Natal, finishing on the beach in Scottburgh.

With nine days of continuous riding, pedalling was only half of the fun. The Fast and Featherless team spotted a number of feathered friends, among them the elusive Narina Trogon, Long-crested Eagle, Jackal Buzzard, African Harrier-Hawk, Southern Bald Ibis and the Verreaux’s Eagle. The team also had the pleasure of hearing the calls of the Black-headed Oriole and Knysna Turaco.