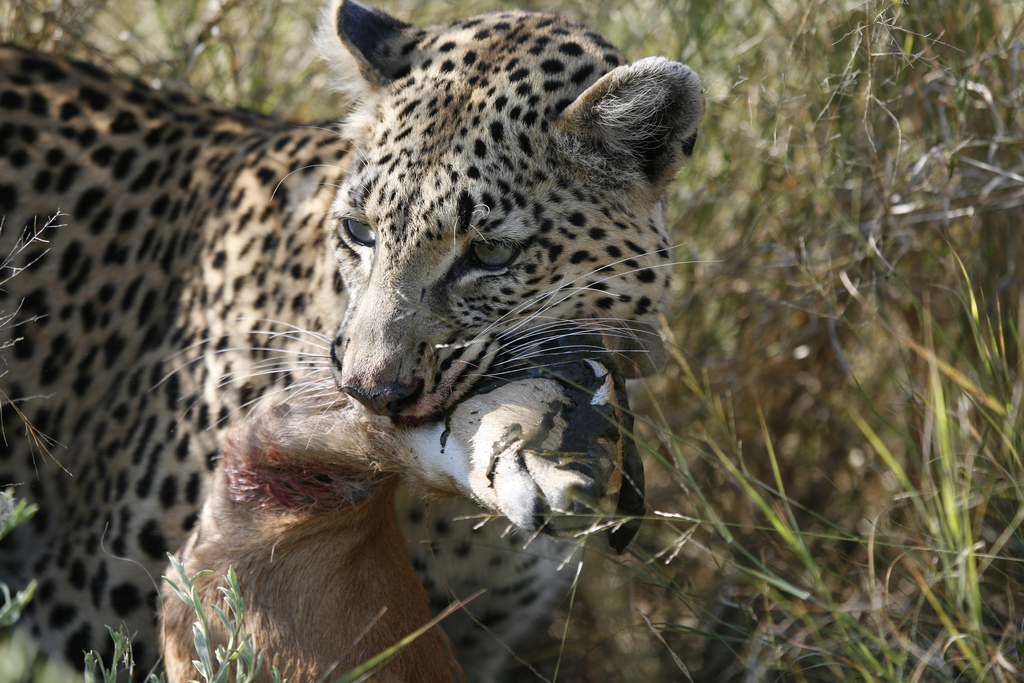 Panjo, the Fernandes’ pet tiger that was in the news a few weeks ago, has placed the public focus on big cats in South Africa. He might have been a Bengal Tiger, not in the least indigenous, but at least alive and well in this country.

South Africa features equal beauties in the form of the lion, the cheetah and the leopard, to name but the jewels in Africa’s crown. These felines are in as much trouble as the Bengal Tigers of China, which are breeding South Africa on a Karoo farm called ‘Tiger Canyons.’

The tiger’s situation went into the red when it was realized that less than 1 400 of them may be found in the wild today. Leopards are about to follow suit, unless something is done about their conservation soon.

According to Ezemvelo KZN Wildlife conservation, less than 500 leopards roam the veld of KwaZulu-Natal, less than half of these in game reserves. The leopard’s situation becomes bleaker if one considers that there is no money in conservation in South Africa. There is a huge drive to protect the rhino at the moment and I happened to be present at a fundraiser to ‘Save the Rhino.’ Here a conservationist told me that there really isn’t much they are able to do for the rhino because of the bleak budgetary situation of the company he works for. If there is no money to do anything for rhinos in South Africa, what funds are there to do something about feline conservation? You would pay a fortune to spend a weekend at any reserve, though this money doesn’t even touch the conservation of species that are in danger.

The leopard numbers given here are in stark contrast to the leopard skins that were paraded by the royals who arrived at president Jacob Zuma’s wedding in January this year … which also appeared on Heritage Day, Shaka Day and who knows what private ceremonies are held in the same garb. The irony is, this situation exactly mirrors that of the tiger, whose pelt is worth more than the live animal. Some Asian game rangers in Rajasthan, a tiger park in Sariskar, say they haven’t seen a live tiger since 2004. Is this something South Africa wants to copy by doing the same to the leopard?

In 2009 the trial of a leopard poacher was continually put off for several reasons, allowing Mlungu Mxegeni Ngubane to continue his trade while on bail. Approximately 150 leopard skins, claws, jaws and tails were found on his property in 2004 when he was arrested. What was he up to while free from jail? His business is a lucrative one, supported by folk such as King Goodwill Zwelithini and President Jacob Zuma. Not only is it culturally correct to wear a genuine skin over your shoulders for certain occasions, it is also correct according to Shembe doctrine. Belief has it that Isaiah Shembe heard it from God himself in 1910 that these skins should be worn… synthetic materials would be the equivalent of drinking water at communion rather than wine. 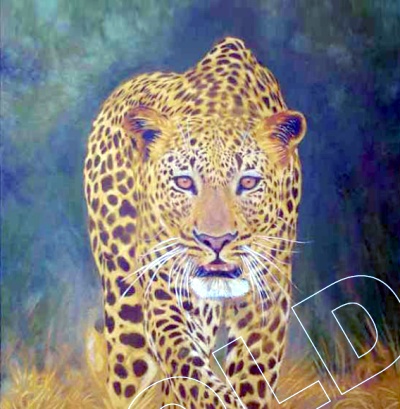 This red liquid is not only a symbol in Christianity, but also a beverage overindulged in by hunters who have successfully shot a leopard. Up to 1 000 permits for this privilege are issued annually. In addition to satisfying the hunter’s gun, some farmers view leopard, amongst other felines such as serval/rooikat, as a pest. As soon as their lambs and chickens are slaughtered for whatever reason, the leopard often gets the blame and is then either trapped and released elsewhere or shot on the spot.

Nothing can still be done for the Bengal tiger it in Asia, its country of origin. Perhaps in a zoo, but not out in the open. The result is that concerned conservationists Dave and John Varty decided to take the situation into their own hands against all the odds – and they now have 17 tigers on their property.

As much is being done for the cheetah, of which there are only 850 left in South Africa. A project to raise awareness for its dwindling numbers was founded by Annie Beckhelling. The cheetahs and Anatolian shepherds she works with may be seen at the Spier Wine Estate in Cape Town. This Turkish breed of dog is an important non-lethal method of protecting livestock, such as sheep. The cheetahs that are not found in game parks often occur in farm areas and placing the Anatolian shepherd in the flock reduces the potential conflict between farmers and cheetahs. Although these animals may be viewed at Spier, humans are not to touch them. The build an affinity for the animals they are with, so they need to grow accustomed to sheep rather than humans in order to perform their protective task properly.

The Landmark Foundation has a Leopard and Predator Project which rescues and releases leopards that are a problem to sheep farmers. A lot of their work takes place in the Eastern Cape, even though the problem affects the whole country. Their aim is to work with farmers to find better ways of managing predators by increasing protected areas as well as to rid the country of its unethical and inhumane gin and poison traps. Perhaps the Anatolian shepherd could play a role here too. 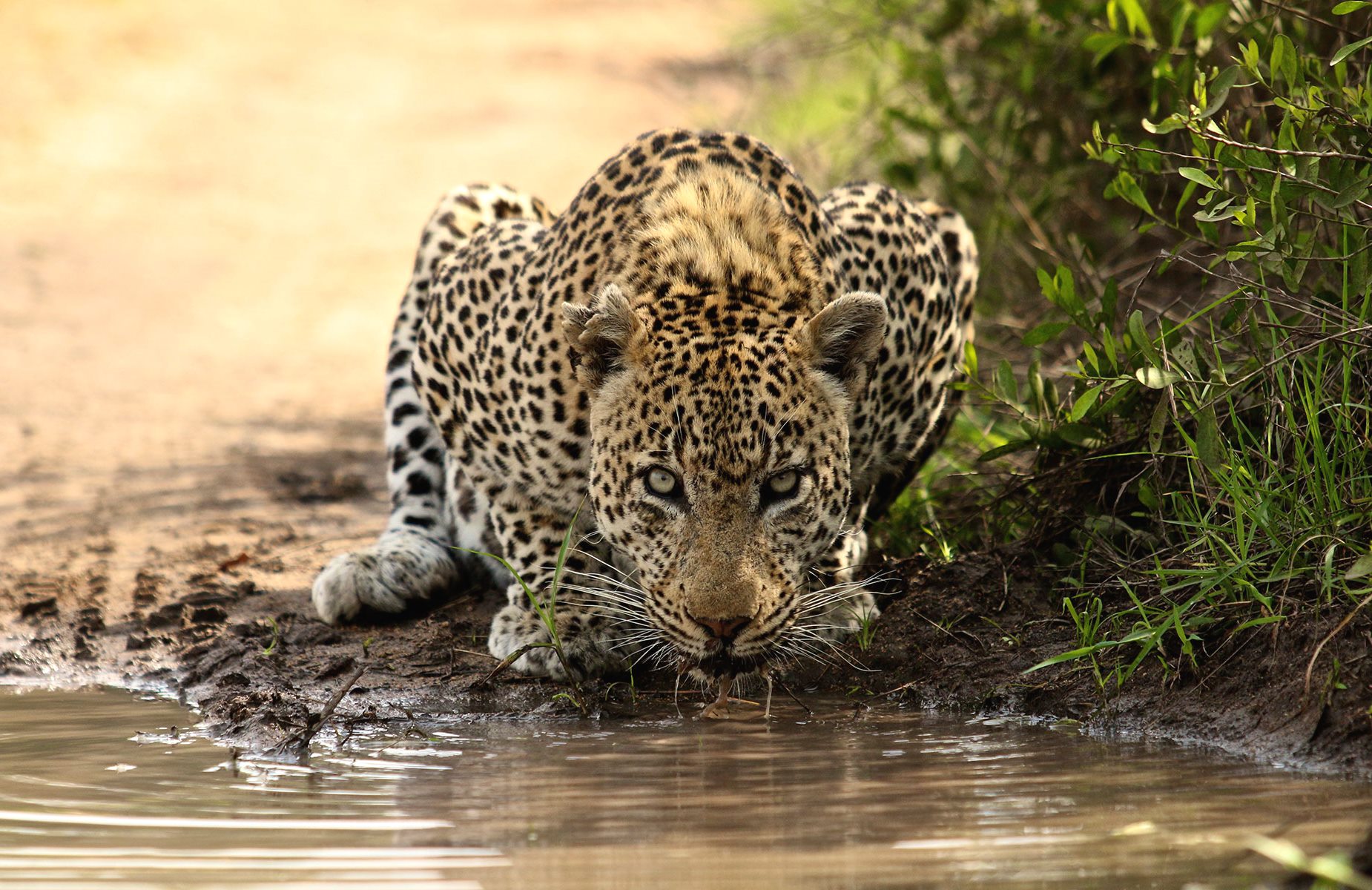 As for the consumer, the time has come to draw a line about what we eat. Becoming a vegetarian is not the answer, because mutton will still be sold. An approach may be followed where you could ask the butcher whether his meat has been obtained from sheep protected by illegal means (as the traps mentioned above are against the law). Meat is not the only thing obtained from a feline’s food source, there is wool, mohair, etc. too. Are retailers such as Woolworths aware of the sources of the clothing they sell? These companies need to support predator controls that accommodate predators. We need to know where the money goes we spend on these commodities and it might well be an idea to brand the individuals that are trampling our biodiversity to smithereens.

Fair Game is the only meat to eat

Conservationists will be releasing this ‘Fair Game’ brand in the near future. By keeping an eye out for this label, consumers may know that they’re buying products which are conservation friendly. The result will be that producers that put their goods on the shelves at the expense of the environment should suffer.

The only predator listed for the leopard is the human: the human hand, the human’s gun and his traps as well as his poisons spill more leopard blood than the species has to survive. Its survival in the form of dead skins on human bodies does not come close to its natural splendour in the wild.