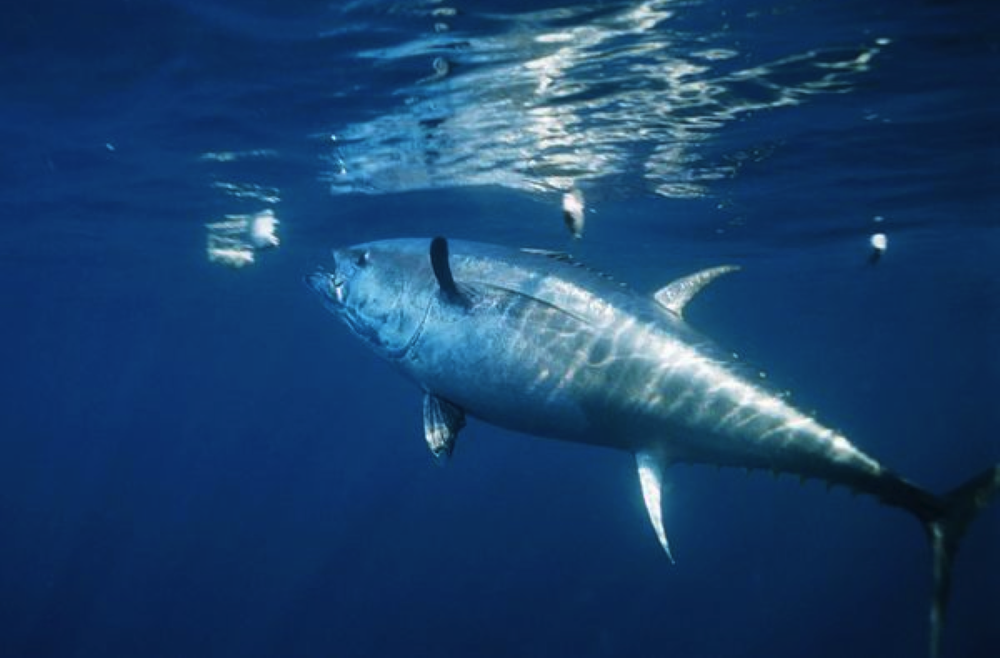 Pacific bluefin tuna has unique worldwide status as one of the most awe-inspiring remarkable creatures on the planet. They grow to 12 feet and 1,500 pounds and live up to 35 years whilst swimming super-fast, crossing the entire ocean in 21 days. They are the essence of nature’s wonderful creativity and beauty.

Unequivocally, the bluefin’s days are numbered, almost guaranteed to go extinct, prompting the question: Is bluefin tuna a metaphor for global warming’s impact on civilization? And if so, how so? It’s a fair question as the impact of the Great Acceleration (BGNG 1940s) increasingly interjects humans into the finer workings of the ecosystem, which is rapidly mGreeorphing into “Humanature,” an embryonic field of scientific study that is not yet acknowledged.

Overfishing, greedy uncivilized thoughtless arrogance, bluster and audacity (sounds like the ‘neoliberal’ brand of capitalism) have chopped up physically destroyed the stock of bluefin tuna. “The stock is down over 97 percent from pre-fishing levels, so there is no doubt the species needs to have some protection put in place,” according to Duke University research scientist Andre Boustany.

Bluefins caught today are mostly juveniles, up to 98% of total catch. They have not reproduced and never will because they’ll never have the opportunity. Pacific bluefin tuna reach reproductive maturity at five years and 125 pounds weight. Their predators are Japan (50%) and Mexico (30%) as the major perpetrators while the U.S. (2%) is a minor player. 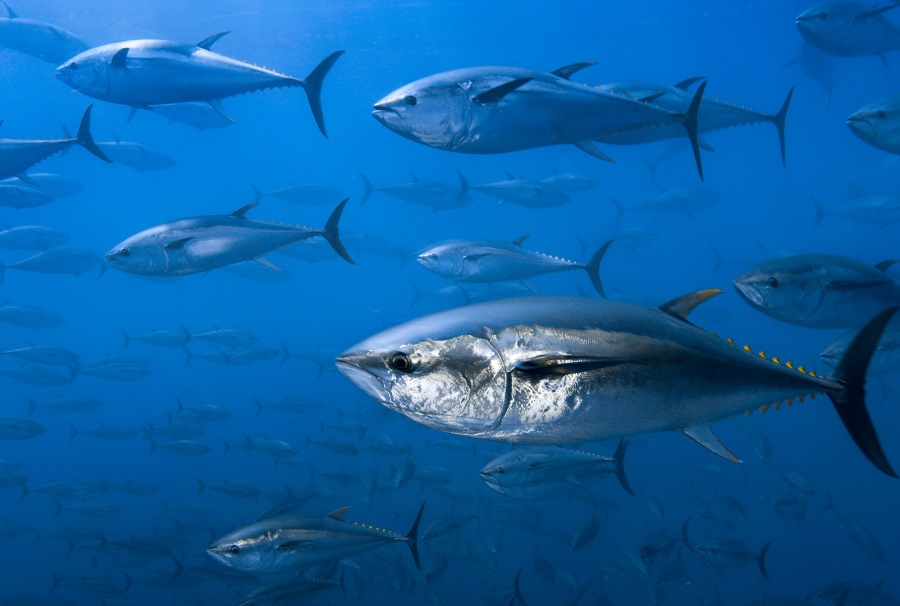 Because bluefins travel the entire ocean, passing through complicated jurisdictional authorities, the probability of enforcing limits on fishing or conservation measures are not going to happen, especially with voluntary limits. Besides, they are doomed in large measure because bluefin is priced in the marketplace like a piece of artwork. The price of Bluefin at the market does not inhibit demand because the greed factor collapses capitalism’s laws of supply/demand. Inelastic demand is at work.

After all, the best shot at tackling global warming is the Paris 2015 Agreement, which calls for 100% voluntary action to defeat the global warming leviathan. Voluntary… really? Whereas if they were actually, truly serious, there would be heavy, very heavy repercussions for failure to meet stringent guidelines, even though the U.S. demanded the Paris accord 2015 be voluntary to avoid a clash with the U. S. Senate, which must ratify treaties.

Voluntarism will not save any species. The economic model of the world, neoliberal capitalism, is too focused on profits, the invisible hand of free markets, deregulation of governments, and significantly, converting public assets to private ownership, to adhere to undependable anemic voluntarism. 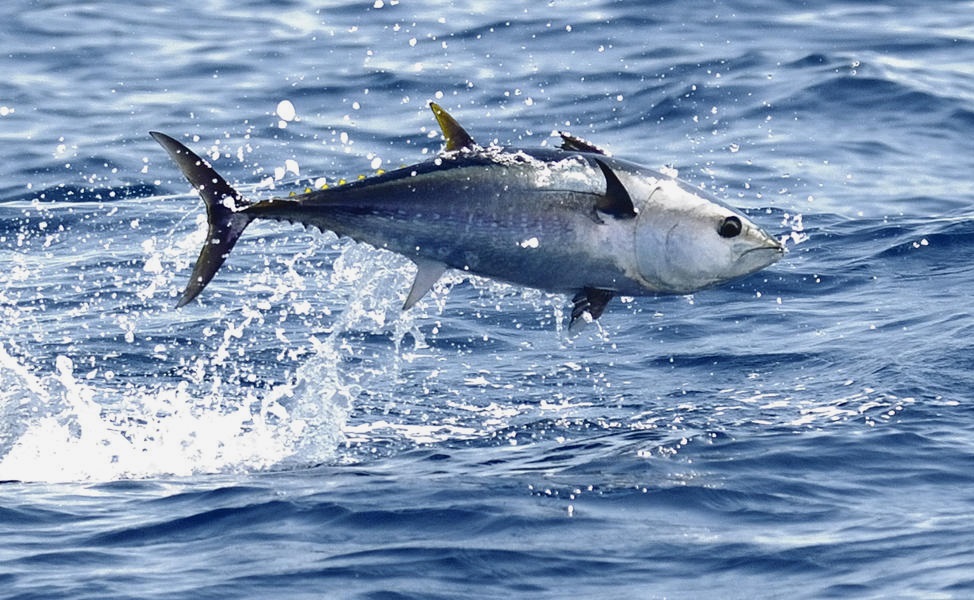 Similar to humanity’s utter disregard for proper conservation measures to save the bluefin tuna, humanity fails at the threat of global warming, falling on its own sword, regrettably a powerful reflection of neoliberalism’s loathing of governmental regulations. Let the markets decide.

What then of global warming? According to NASA, over the past 800,000 years based upon ice-core data, CO2 has fluctuated between 170 ppm and 290 ppm. The safe level to prevent global warming from running out of control is below 350 ppm. 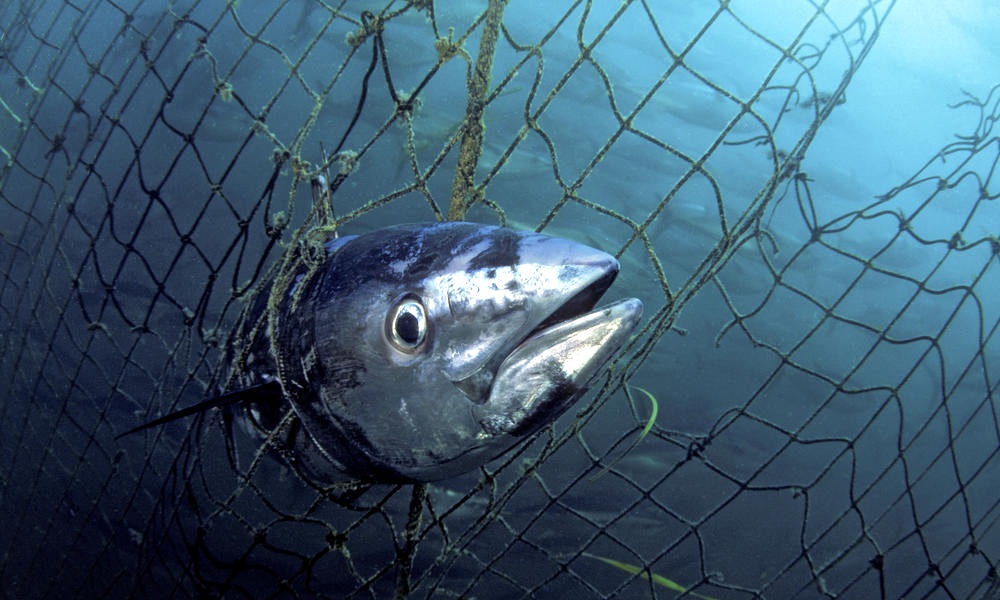 Today, it is over 400 and not safe, shockingly increasing like gangbusters, actually accelerating its rate of growth year over year, which is roughly equivalent to the 3% level for bluefin tuna’s future outlook of survival of the species.

In turn, CO2 blankets the earth’s atmosphere thus trapping heat in similar fashion to its sister planet Venus where average temps are 864 F. That’s real hot! The reason Venus has so much heat-trapping CO2 (96.5% of its atmosphere) is because that’s where all of its carbon is located. On Earth most of the carbon is still underground or trapped under ice, for now.

Meanwhile, as for the various species of the world, according to Dr. Stuart Pimm, conservation ecologist at Duke University: “In the next few decades we’ll be driving species to extinction a thousand times faster than we should be.” (Source: Racing Extinction, directed by Louie Psihoyos, Discovery Channel, 2015)

Begging the question, when will the last bluefin tuna swim across the Pacific?