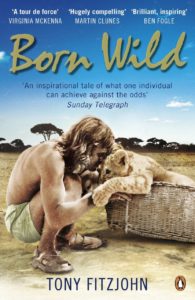 Tony Fitzjohn has spent over forty years re-introducing lions, leopards, rhinos and African hunting dogs to the wild. He is one of the world’s leading field experts on the relationship between man and African wildlife. He is currently in South Africa to launch his first book, ‘Born Wild.’

Born Wild: The Extraordinary Story of One Man’s Passion for Africa is conservationist Tony Fitzjohn’s story of the 18 years he spent working with wildlife icon George Adamson. His struggle to rescue and rehabilitate Mkomazi, a 1 500 square mile wasteland in Tanzania, comes at a time when South Africa’s conservationists are facing one of their biggest challenges, namely, the poaching of hundreds of rhino.

For the many who are depressed at the prospect of never beating human greed and cruelty, this book is a wonderful example of how tackling the odds one step at a time can deliver incredible results.

The one-step-at-a-time approach was applied by George Adamson of ‘Born Free’ fame – a movie that Tony believes indelibly transformed the world’s perception of wildlife. Adamson, of whom Fitzjohn affectionately refers as ‘the old man,’ was the single greatest force in the life of a rebel who fled to Africa.

With this, came a job as the old man’s assistant and a bohemian existence at what is now Kenya’s Kora National Reserve where he helped his mentor coach Africa’s spectacular big cats so they could return to the wild. 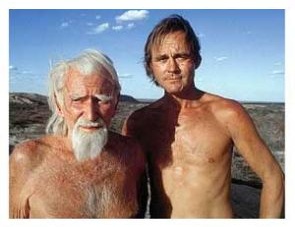 Yet, ironically, this gritty African fairytale begins with Fitzjohn being mauled by one of the Kora lions – one of many reality checks throughout the book that prevents it from being a feel good National Geographic type tale with little substance.

This is an author with a keen eye for the ridiculous and a deep sensitivity. The reader can laugh at his antics yet grieve with him after the senseless murder of Adamson by Somali land invaders. It is both entertaining and heart wrenching.

By his own admission, Tony is anything but academic and has spent most of his life trying to side-step the system, hence his move to Africa.

‘I joined a world that is dirty, dangerous and heartbreaking. The trouble with conservation is that people try to turn it into something it is not.  It is a grass roots occupation.’ 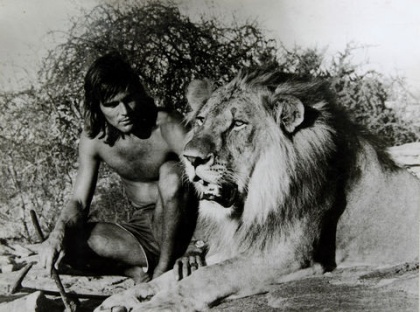 So, why choose to write a book? Achieving one of his key goals – seeing Mkomazi declared a national park by the Tanzanian government – freed up some time and friend Miles Bredin volunteered to take the chronology of events supplied by Tony and collate them in a process that he describes as ‘massive, creative lunacy.’

‘I guess I had reached the stage where I wanted to face up to the past more responsibly,’ he explains, adding that it also comes at a time when he and his family are about to embark on another adventure; a move back to Kora as the Kenyan government has asked him to rehabilitate it.

‘I guess I’m someone who just can’t say no,’ he admits. It is this that has probably seen him overcome seemingly insurmountable odds ranging from personal to financial to political double dealing and corruption. For him, pessimism is just not an option and that probably explains how he and his supporters and staff successfully turned around Mkomazi – a quest that began when he was still reeling from Adamson’s death. 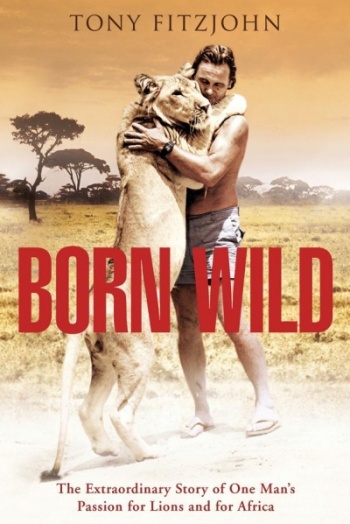 ‘Because he played such an important part in my life, it was important that I didn’t let him down. As soon as he was left alone (Tony was banished from Kora by Kenyan authorities) what happened was inevitable. But I felt irrationally guilty. It was important that I did something that he would be proud of. I joined George at the end of his life and the beginning of mine. I had to take it a stage further,’ he explains.

That stage further was not necessarily to continue to rehabilitate lions and leopards, but to recreate Mkomazi from the ground up and then rehabilitate and re-introduce wild dog and rhino.

Tony believes that he has debunked the myth held by many that black Africans don’t care about the environment.

‘As I have grown up in my book, I have taken a wider view. Hopefully, I have showed the competency and passion of those with whom I have worked and given credit where credit is due.’ 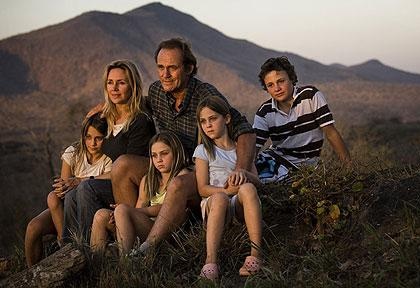 ‘Born Wild’ is the story of man with a big heart. He may share his frustrations with the ineptitude and bureaucracy that is endemic to Africa, but he is quick to single out those that helped him overcome.  ‘I love what I do and I feel very blessed that Tanzania and Kenya allowed me to carry on and do things the way I wanted to.’

He will continue to on his return to Kora.

‘Conservation will be a challenge forever but (these problems) can be overcome. If we could turn Mkomazi around, then we can do it with other places, and others can do it too.’