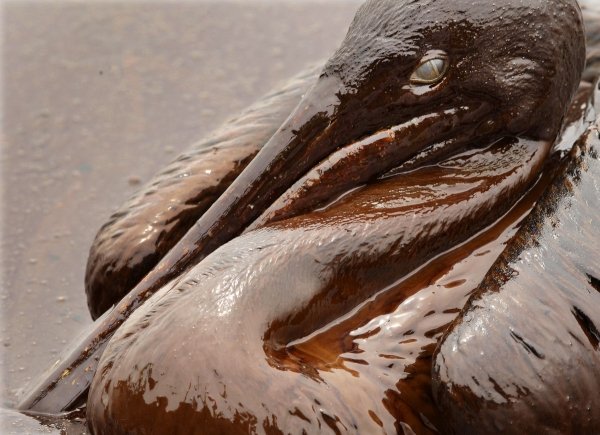 BP put profits ahead of safety and bears most of the blame for the disastrous 2010 spill in the Gulf of Mexico, a U.S. Justice Department attorney charged Monday at the opening of a trial that could result in the oil company and its partners being forced to pay tens of billions of dollars more in damages.

The London-based oil giant acknowledged it made “errors in judgment” before the deadly blowout, but it also cast blame on the owner of the drilling rig and the contractor involved in cementing the well. It denied it was grossly negligent, as the government contended.

The high-stakes civil case went to trial after attempts to reach an 11th-hour settlement failed.

Eleven workers were killed when the Deepwater Horizon rig leased by the BP exploded on April 20, 2010. An estimated 172 millions of gallons of crude gushed into the Gulf over the three months that followed in the worst offshore oil spill in U.S. history.

“The evidence will show that BP put profits before people, profits before safety and profits before the environment,” Underhill said in opening statements. He added: “Despite BP’s attempts to shift the blame to other parties, by far the primary fault for this disaster belongs to BP.”

BP attorney Mike Brock acknowledged that the oil company made mistakes. But he accused rig owner Transocean Ltd. of failing to properly maintain the rig’s blowout preventer, which had a dead battery, and he claimed cement contractor Halliburton used a “bad slurry” that failed to prevent oil and gas from traveling up the well.

BP has already pleaded guilty to manslaughter and other criminal charges and has racked up more than $24 billion in spill-related expenses, including cleanup costs, compensation for businesses and individuals, and $4 billion in criminal penalties.

But the federal government, Gulf Coast states and individuals and businesses hope to convince a federal judge that the company and its partners in the ill-fated drilling project are liable for much more in civil damages under the Clean Water Act and other environmental regulations.

One of the biggest questions facing U.S. District Judge Carl Barbier, who is hearing the case without a jury, is whether BP acted with gross negligence.

Under the Clean Water Act, a polluter can be forced to pay a minimum of $1,100 per barrel of spilled oil; the fines nearly quadruple to about $4,300 a barrel for companies found grossly negligent, meaning BP could be on the hook for nearly $18 billion.

The judge plans to hold the trial in at least two phases. The first phase, which could last three months, is designed to determine what caused the blowout and assign percentages of blame to the companies involved. The second phase will determine how much crude spilled into the Gulf.

During opening arguments, BP and its partners pointed the finger at each other in a tangle of accusations and counter-accusations. But BP got the worst of it, from its partners and the plaintiffs in the case.

More than $50 million over budget

Jim Roy, who represents individuals and businesses hurt by the spill, said BP executives applied “huge financial pressure” to “cut costs and rush the job.” The project was more than $50 million over budget and behind schedule at the time of the blowout, Roy said.

“BP repeatedly chose speed over safety,” Roy said, quoting from a report by an expert who may testify.

Roy said the spill also resulted from Transocean’s “woeful” safety culture and failure to properly train its crew. And Roy said Halliburton provided BP with a product that was “poorly designed, not properly tested and was unstable.”

Brad Brian, a lawyer for Transocean, said the company had an experienced, well-trained crew on the rig. He said the Transocean workers’ worst mistake may have been placing too much trust in the BP supervisors on the rig.

“And they paid for that trust with their lives,” Brian said. “They died not because they weren’t trained properly. They died because critical information was withheld from them.”

A lawyer for Halliburton defended the company’s work and tried to pin the blame on BP and Transocean.

“If BP had shut in the well, we would not be here today,” Halliburton’s Donald Godwin said.

Underhill, the Justice Department attorney, heaped blame on BP for cost-cutting decisions made in the months and weeks leading up the disaster. He said two BP rig supervisors, Robert Kaluza and Donald Vidrine, disregarded abnormally high pressure readings that should have been glaring indications of trouble.

Kaluza and Vidrine have been indicted on federal manslaughter charges.

Hundreds of attorneys have worked on the case, generating roughly 90 million pages of documents, logging nearly 9,000 docket entries and taking more than 300 depositions from witnesses who could testify at trial.

“In terms of sheer dollar amounts and public attention, this is one of the most complex and massive disputes ever faced by the courts,” said Fordham University law professor Howard Erichson, an expert in complex litigation.

The spill fouled marshes, killed wildlife and closed fishing grounds. Scientists warn that the disaster’s full effect may not be known for years. But they have reported dying coral reefs and fish afflicted with lesions and illnesses that might be oil-related.