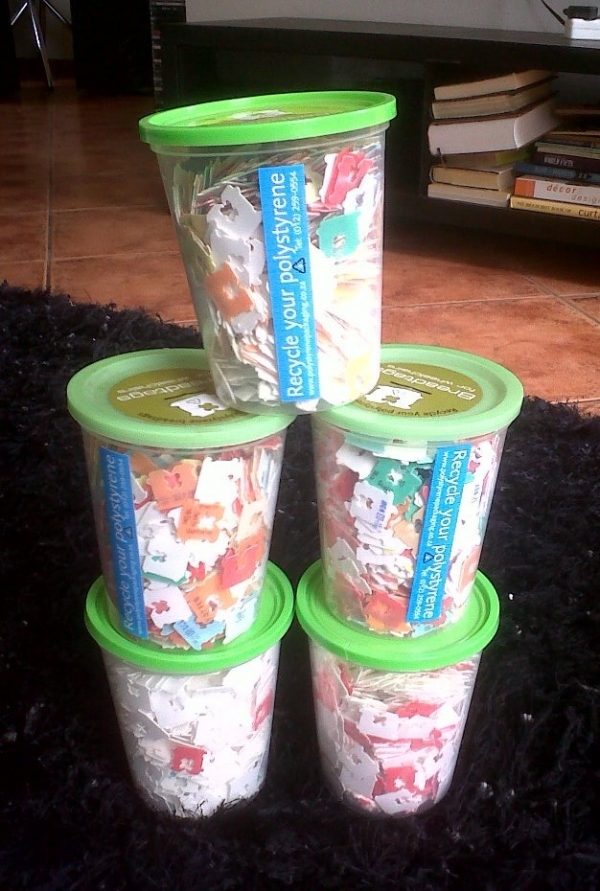 The Polystyrene Packaging Council’s (PSPC) hugely successful ‘Bread Tags for Wheelchairs’ project has already touched hundreds of lives around the country. Currently in its fifth year, the project encourages people around the country to collect their breadtags which are then used to “purchase” wheelchairs for people who are unable to afford them.

The plastic bread closures are made from high density polystyrene. Industry leaders such as Groplast and MFI Mouldings pay for these breadtags in order to recycle them into seedling trays, cornices, skirtings, outdoor furniture, coat hangers, poles and decking.

“We don’t want to see these breadtags end up in our country’s landfills as they have a good recycling market value” says Adri Spangenberg, a Director of the Polystyrene Packaging Council. “Factories manufacturing polystyrene and other plastics consume less energy when they used recycled products, resulting in a cleaner, greener and healthier environment.”

The PSPC has a network of volunteers made up of teachers, learners, churches and individuals who all diligently collect breadtags in order to make a big difference in the lives of the less fortunate. During last year’s efforts alone, 330 wheelchairs were handed over thanks to the success of the Breadtags for Wheelchairs project around the country. 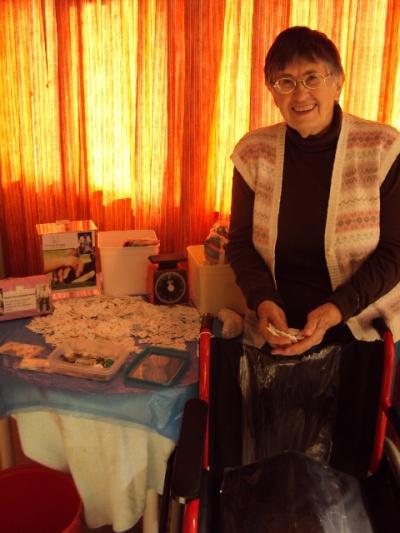 Explains Adri: “We have more than 500 collection boxes placed at schools, retirement villages, libraries, community centres and businesses throughout South Africa. During 2012 alone, one of our coordinators from Cape Town, Mary Honeybun (photo above, story here), funded 290 wheelchairs by collecting an impressive 5 tons of bread tags.”

Other recent highlights include the hosting of the first inters-schools competition, whereby the participating schools in the Hartbeespoort Dam area collected 170 kgs of bread tags and managed to fund 4 chairs that were donated to the Sonop Old Age Home in Brits.

Because it is important to ensure that the correct wheelchair is purchased when seating people, the PSPC has recently formed a working relationship with the QuadPara Association of South Africa (QASA). Their 600 volunteers countrywide are joining the PSPC in their collection efforts, and assist the Council with assessing the requirements of the wheelchair recipient by making sure they get the right chair for their needs.

Concludes Adri: “It is important for us to raise awareness that Polystyrene is successfully being recycled in South Africa and to create new markets for this recycled product, while at the same time changing somebody’s life with one small act of kindness.”

To find out how to get involved it the Breadtags for Wheelchairs programme, check out their official website.