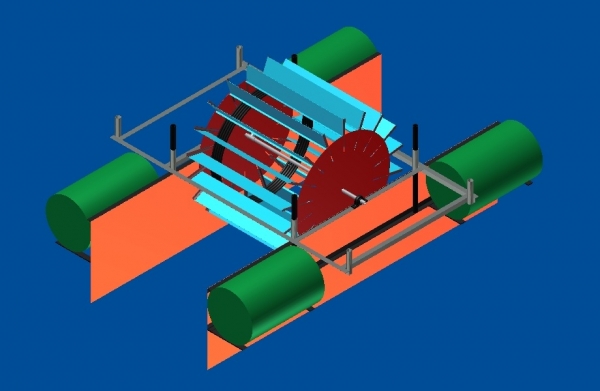 Two students are following in the footsteps of a remarkable renewable energy visionary, Dr. Doug Banks, funded by his legacy in the form of scholarships.

Dr Doug Banks (2 April 1965 to 4 July 2008) died at the age of 43, passionate about meeting Africa’s energy challenges through the development of renewable energy. Through a deep understanding of people and technology, this innovative and creative man was able to speak to and shape national renewable energy policies during his short but fascinating life. A number of young professionals owe their career choice to Doug’s enthusiastic mentorship.

The Doug Banks Renewable Energy Vision (DBREV) is a South African initiative aimed at building intellectual capital in the field of renewable energy. This initiative is set on finding undergraduate students, preferably from an engineering, scientific or technical background, who are willing and able to carry forward Doug’s passion and vision.

Legacy of a remarkable man

The DBREV Trust was formed by friends and colleagues of Dr Doug Banks who, after his untimely death in July 2008, decided to create something that would become a legacy of a truly remarkable man. Sadly, it was partly his frequent trips to remote locations that were instrumental in a late diagnosis of aggressive liver cancer. Always tenacious, never one to give up easily, Doug fought the disease in the all too brief seven weeks from diagnosis to his death at 43.

The Annual presentations were recently held at the University of Cape Town. Their first DBREV Scholar, Gaby Coppez, graduated from UCT with an MSc at the end of 2011. A second DBREV Scholarship has been awarded to Riaan Opperman of Nelson Mandela Metropolitan University (NMMU).

Gaby Coppez recently completed her thesis with the aim of creating an optimization tool to measure and accurately analyse data obtained in rural areas. This was to understand and quantify the energy needs of these communities. In rural areas of South Africa, energy supply is challenging, as grid extensions are time intensive and require a large capital investment.

The tool was designed to size a Hybrid Renewable Energy (HRE) System for a rural area. This refers to renewable energy systems using more than one source of energy generation. HRE systems have been accepted as a possible means of electrifying rural outlying areas, where it is too expensive to extend the grid to supply them.

Research was undertaken in three different rural locations in three different South African Provinces – Garagapola village in Limpopo province, Antioch village in Kwazulu Natal Province and Gasese village in the Northern Cape Province… This created an opportunity to assimilate a broader range of data coverage climatically and in terms of load usage.

The research was carried out over a period of one year and all data inputs were processed and used by the software. For a hybrid system where photo voltaic collectors (PV), wind turbines and batteries are supplying a load in an isolated area, where no grid connection is possible, it is important to optimise the system to ensure that the load is met by the supply. This criterion is referred to as the Loss of Power Supply Probability (LPSP).

The results include the number of PV panels, wind turbines and batteries as well as the height of the wind turbine generated as the solution of the genetic algorithm. The second method of checking the genetic algorithm result is using a virtual controller and simulating the control of the system over the year period and monitoring the times of loss of supply, and the power supplied by the PV panels, wind turbines and battery in relation to the power required by the load. 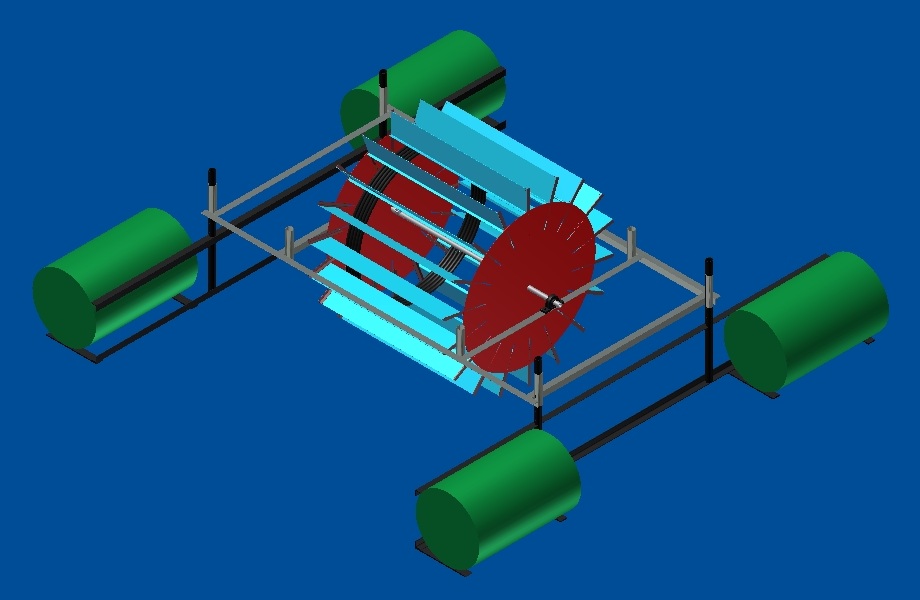 Gaby’s tool indicated a loss of LPSP of less than 1% in all 3 locations – as was the goal set out to be achieved. This means that the load will not be supplied a maximum of 1% of the year, this is 3.65 days of the year. It was also designed to minimise the objective function of cost of the system. The outcome of this exercise strives to improve the value of the product, while maintaining costs and/or reduce the costs of the product without reducing its value. The tool created for the thesis is able to be used in feasibility studies and initial design of HRE systems using wind turbines, PV Panels and batteries.

She gained much insight into the energy needs of rural communities, saying that “rural electrification is not only technical, but must be holistic”. This would best be achieved through community involvement and participation. Considerations must also be given to potential growth for the areas and a financial contribution received from the home owners to encourage a sense of ownership of the system.

The data collected also showed a definite variation in energy usage for general household power and that required for cooking and heating. Her suggestion here was to use solar for water heating and bio digesters for cooking. “There are many other types of energy generation which could be included in a system, including micro-hydro generation, biogas and other methods of energy generation.”

Using the power of flowing water

Out of over 30 applicants, Riaan Opperman was chosen to receive the second scholarship. This year’s DBREV research project is in his chosen field of hydrokinetic energy research. Hydro kinetic power refers to the generation of power from the flow, current or velocity of water, whereas hydropower traditionally refers to power generated using dams or diversionary structures. Since hydro kinetic power relies simply on the velocity of water, these zero-head power systems can be placed into sources of flowing water with minimal infrastructure or environmental impacts. Hydro kinetic power is cutting-edge water power.

Riaan is focusing his efforts on the generation of energy using the power of water for agricultural and rural communities in South Africa. If energy can be extracted from flowing water such as rivers, it can be utilized for pumping water or generating electricity.

“The availability of this cheap renewable energy in areas without grid electricity will enhance agriculture as well as the quality of life in rural communities and for small farmers”. 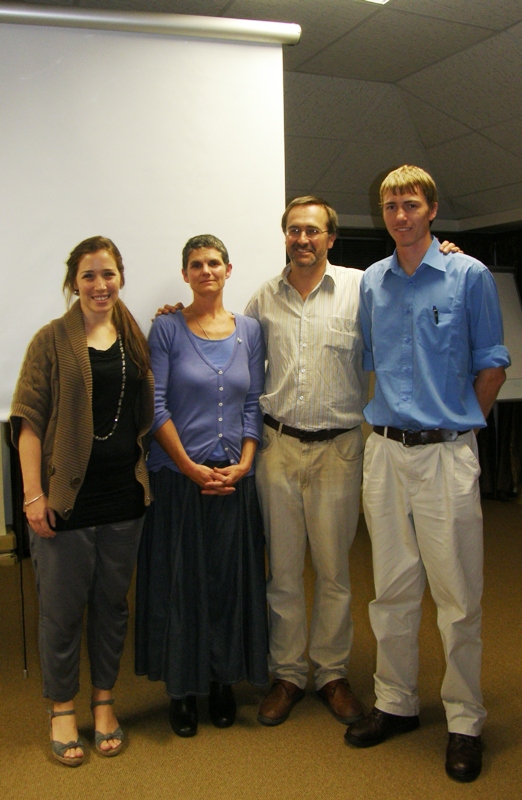 Since antiquity, nature provided mankind with flowing water and one such example is rivers. This flow of water is driven by a difference in height from the start of the river to the end. This difference is also known as the head. Riaan’s research is to develop a Zero Head Hydro (ZHH) energy harvester with an increased efficiency to conventional machines in use.

As water is moving it has kinetic energy. The concept of harnessing this hydrokinetic energy has been around for many years, however few successful installations are currently in use in South Africa. 3 ZHH machines will be analysed and improved upon to develop increased efficiency: Axial flow, Cross flow and Paddle wheel. He hopes to develop this technology for ease of maintenance, ease and low cost manufacturing and to ensure the lowest operational costs with least environmental impact.

The DBREV initiative is a valuable and very effective mechanism to further research the development of renewable energies in South Africa. In today’s climate, could we ask for more?  To meet the energy challenges of the next 40 to 50 years and, yes, especially in today’s climate, we need to ask for more!

Dave Gale, Doug’s close friend and entrepreneur and Helene van Der Merwe, Doug’s wife would like to enable DBREV to fund and support a larger number of bright, capable young people with a commitment to learn and develop renewable energy to solve the challenges of Africa’s future energy needs. At present only 1 candidate a year is possible. With financial support and funding from sponsors who share their desire, this can become a reality.

Donations can be structured to take advantage of the tax laws regarding donations to education institutions.

Reading about this kind of research done by brilliant young students gives me hope.