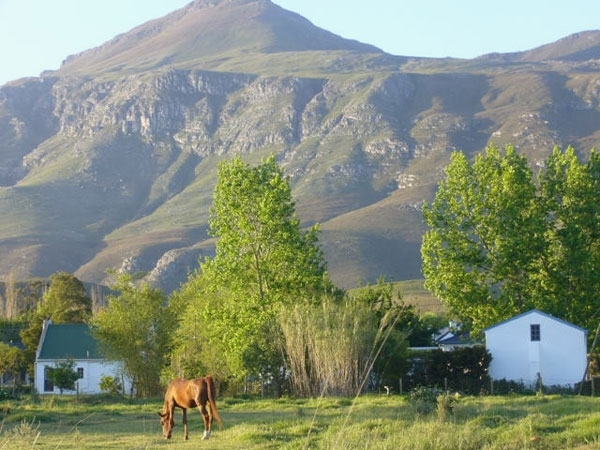 Greyton is a small rural community based in South Africa’s Western Cape. It lies in the foothills of the Riviersonderend Mountains in a dramatically beautiful region known as the Overberg, 140 kms east of Cape Town.

In January 2012, Greyton became South Africa’s first Transition Town. Inspired by Totnes in Devon, England, UK ex-pat Nicola Vernon undertook training in the concepts of Transition and brought them back to her home in Greyton.

Today the world is searching for solutions to a series of global challenges unprecedented in their scale and complexity. Environmental degradation, water scarcity and the depletion of fossil fuels are leading to food insecurity and an increase in poverty. This can leave people feeling helpless and hopeless. Transition is about bringing a community together and finding local solutions to these global threats through creating a healthier and more sustainable way of living.

The core ethos of Transition in uniting communities gives the movement an even greater resonance in a country still brutally divided more than two decades after Nelson Mandela’s long walk to freedom. This has become the founding principle in the mission statement. 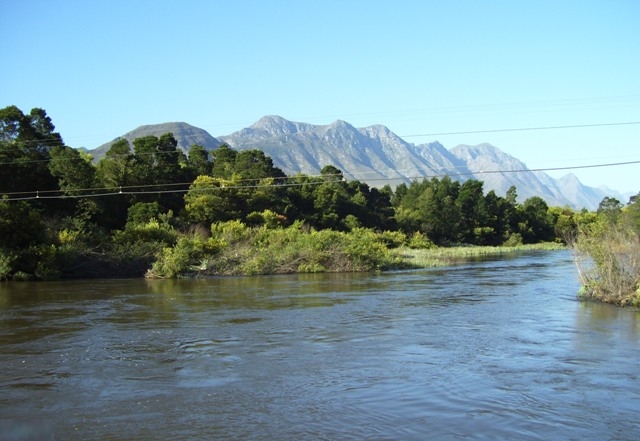 Greyton Transition Town is a community-based, non-profit organisation that seeks to inspire and empower the people of Greyton and neighbouring communities to work together to achieve sustainability and resilience in the face of rising energy and food costs, economic crisis and environmental degradation.

Greyton and its surrounding villages of Genadendal, Voorsterkraal and Bereaville were once completely sustainable, producing their own food and provisioning most of the Western Cape with their surplus. Residents are enthusiastic about transitioning  to a self-supporting and integrative community. 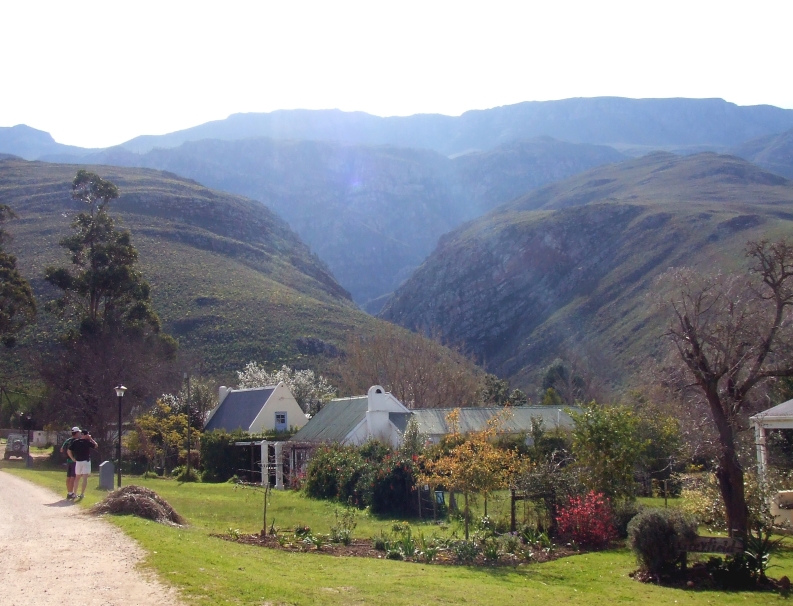 To fulfill these objectives a number of projects are taking place under distinctive banners:

Incredible Edible seeks to promote food security through inspiring and creating home and community vegetable gardens. Five of the six schools in the area have vegetable gardens, the Police Station and Municipality gardens have been guerrilla gardened by transition volunteers, a weekly bring/buy/sell/exchange local, organic veggie market has been set up.  GTT mentors a new organic farmer who is co-ordinating the efforts of local subsistence farmers to farm organically. Those farmers have been linked to local soup kitchens to which they donate surplus produce.

T 2 T runs the annual Trash to Treasure Festival at the Greyton dumpsite which is slowly being transformed into a parkland for the benefit of the whole community. GTT started up a new garden waste management business which is being mentored by a volunteer. A chipper has been purchased and garden waste, which used to be mixed with household waste and dumped on top of the landfill, is now being processed into chippings, mulch and compost, the sales of which fund the project. The Festival is a day long event of music, workshops, competitions, art and sculpture, food and fun which is gaining increasing popularity and GTT is being asked to advise other towns who wish to run a similar event. The main focus of the Festival is to promote the stuffing of plastic bottle bricks with non-recyclable plastics. These eco-bricks are being collected to build community facilities.

Plans have been drawn up and are awaiting approval for the building of a youth centre from plastic bottle bricks. This method was pioneered in South America and brought to Greyton by Joseph Stodgel from Santa Fe who visited Greyton for three months in 2012 as one of a group of three graduates studying at the Schumacher Sustainability College in the UK. Joseph founded the Festival and funded his own return in 2013 to organise the second annual event.

He is currently applying for funding to spend a year working on waste management for GTT.

GTT is working in partnership with Greyton Cares, a new group formed in response to the critical need for housing. A partnership has also been formed between the two groups and the Sustainability Institute in Stellenbosch to create a self-build programme of RDP houses, re-designed with input from the community and incorporating eco-bricks in the construction process. 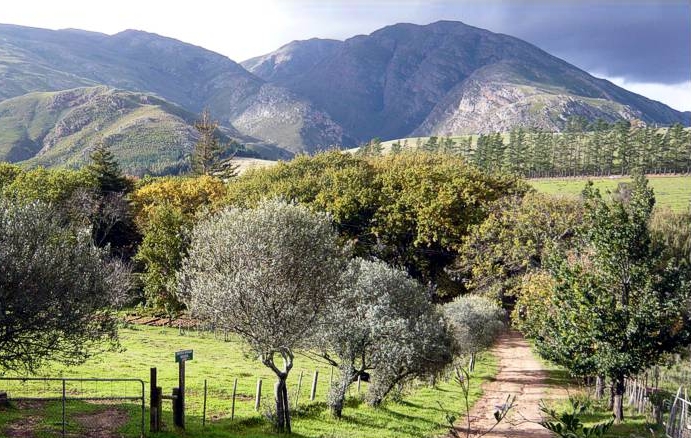 Education runs through all the programmes of GTT and is a prime focus.  Eco-crews have been formed in all six local schools and all are working to become Eco-Schools accredited by WESSA with Emil Weder, the high school in Genadendal, the first to receive such accreditation.

GTT supported a Greyton Conservation Society and Acts of Random Kindness (ARK) six month environmental awareness programme in local schools which culminated in an inter-school eco-quiz and trip to the Leopard Trust Camp in the Cedarberg for the fifteen winning learners.
GTT is working with Communiversity, a charity funded by pop icons Annie Lennox and Sir Elton John, to provide education and training for students leaving high school to prepare them for tertiary education or jobs.  GTT is supporting a greater focus on environmental awareness for Communiversity as a whole and supporting the charity to bring its second campus to Greyton and Genadendal.

GTT is also represented on the steering group for a new Green school being built in Greyton which will be the only English Medium High School in the Overberg and will be grounded in environmental awareness, both in terms of how the building is constructed and the curriculum delivered.

GTT was asked by community members to bring together all those working with young people to forge networks and partnerships, avoid duplication and identify gaps in provision.  The first Ward Two (encompassing all four villages) Youth Indaba was held in March 2013 and the participants formed six steering groups, each focusing on a different area of interest – positive parenting, creativity, excluded children, drugs, health and education.  The indaba will be held every six months while the groups will meet monthly.

It is the ultimate aim of GTT to support the community towards complete resilience to rising fuel prices. This means bringing renewable energy to the whole area. Current legislation does not allow feeding electricity into the grid from such sources except for installations of under 100 KW. A power forum of five engineers representing all sectors of the community is working with one of South Africa’s leading experts in renewable energies to create a series of micro-installations throughout the Ward Two area starting with Emil Weder school. Solar panels on the roof of the school would release the R15,000 per month currently being paid to Eskom to fund teachers, books and other resources for the children as well as potentially generating income from power produced during school holidays.

Once this installation is complete other schools and community buildings will be included. Ultimately GTT aims to have every house in the community linked to solar power.