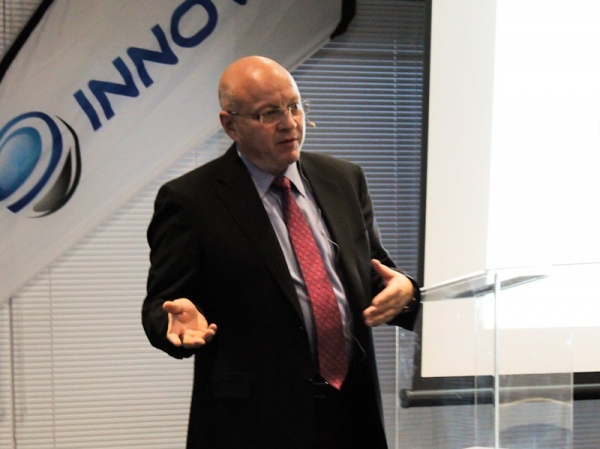 A public lecture by guest international speaker, David Bartlett, shone light on a new project to make the University of Cape Town’s (UCT) campus the first ‘smart campus’ in Africa.

David Bartlett, also known as ‘the building whisperer’ is an internationally renowned IT professional, known for reducing the energy consumption of buildings considerably. He was listed by Realcomm as one of the top 25 people to watch in 2012. He is currently the IBM executive for Smarter Infrastructure Solutions for a Smarter Planet.

The public lecture was about how smarter infrastructure solutions for cities worldwide is halting wasteful energy practices that are not always easy to pick up in large buildings.

81% of UCT energy used by buildings

Buildings, on average, use 42% of a city’s electricity. In the case of UCT, 81% of the electricity used on campus comes from the buildings. It’s therefore clear to see why David focuses his energy on campuses.

“We have to look beneath the surface to realise what sustainable thinking is really about. Our cities must change and so must our buildings as we move forward,” said David.

The key is to understand the intricacies of our buildings and implement more sustainable technologies. This will help us achieve greener and more cost efficient cities, campuses and corporate offices worldwide. And if these giant energy consumers become more efficient, then the battle for a smarter planet is half won.

David shared stories of the buildings and campuses he’s worked at to explain the paradigm shift that needs to be made to create not only a smarter campus at UCT, but also a smarter Cape Town and a smarter planet. His success stories of the University of Minnesota, the Los Angeles public school district and the city of Boston are incredible.

In some of these places there were already energy saving programmes in place, but he managed to save double what was already saved. In others, he took a place where large amounts of space and electricity were wasted and turned these buildings into truly smart infrastructures that still function in the same way.

David reckons that “the way we efficiently manage our buildings is a wonderful opportunity.” He ‘listens’ to buildings by analysing the data produced by all the systems within a building. This means everything from water consumption to electricity usage and even maintenance. 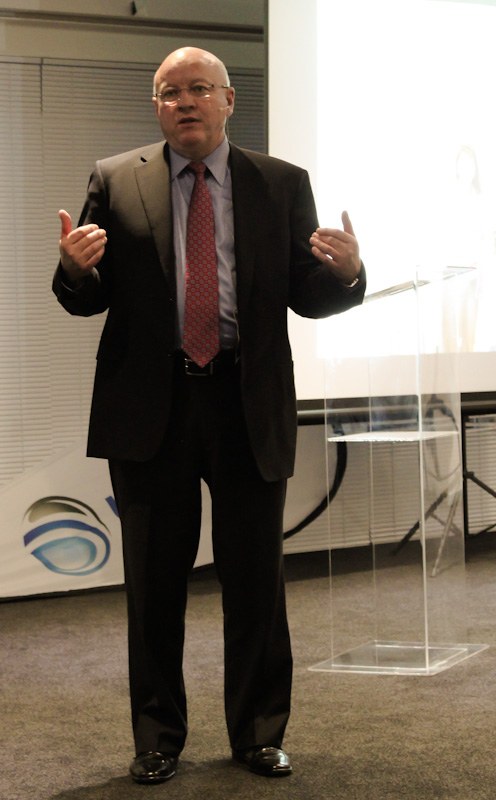 How he listens to a building

It’s this IT-based approach that makes him ‘the building whisperer.’ After collecting the data, he gets a holistic view of the building’s systems and sees where energy is wasted.

It might seem very complicated, but he simplified this idea by explaining the three i’s of a smarter planet – instrument, interconnect and intelligence:

“Universities are the national game changers when it comes to building a smarter planet. They have no hidden agendas. Their agenda is to help us move forward.”

Though many people are worried that UCT and other campuses don’t have the technology to implement systems like these, David says that “it’s not about the technology. Smart means it has to have some meaning to the people.”

In Los Angeles, for example, they didn’t have systems producing all the data in the school, but rather created an app for the students’ smartphones. Students take a picture of a maintenance issue, geo-tag it and send it directly to the maintenance systems. Because, as David explained, maintenance is one of the main areas where energy wastage is overlooked.

UCT is the first university on the African continent to sign the International Sustainable University Network Charter. They are therefore committed to creating a smarter campus, working together with David. Applying his ideas will make this a wonderful achievement, not only for UCT, but also for Cape Town’s smart energy future.