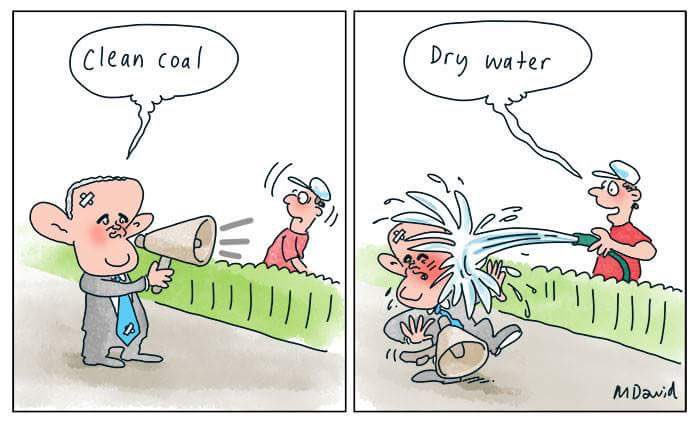 “Clean coal” is promoted as the lifeline that will allow governments to continue to depend on coal for energy generation. But there is no such thing as “clean coal”.

South Africa is the biggest coal producer in Africa. Over the past 10 years alone, we have produced an average of 254 million tons of coal per year. 70 million tons of the coal we produce is exported, and the rest is used locally.

Eskom burns about two-thirds of coal used in South Africa in its coal-fired power stations annually, while Sasol Synfuels uses about one-fifth. The rest is used in a variety of industries, including steel and cement manufacturing. The direct impacts of using coal on health, water, land, and the climate are devastating.

Proponents with vested interests in the survival of the coal industry are promoting the idea of “clean coal” technology as the lifeline that will allow governments to continue to depend on coal as an energy generation option, while supposedly limiting its risks and impacts.

There is no such thing as “clean coal”. An overview of the coal value chain (mining, production, supply, and disposal) proves that “clean coal” is impossible. There are no solutions to neutralise all – or even most – of the dire environmental, health, and climate change impacts caused by coal. This is especially so in the context of the significantly cleaner and cheaper alternative energy sources – such as wind and solar power – that are available in such abundance in our country.

About 50% of the South Africa’s coal mines are opencast (at surface), while the rest are underground. The processes associated with either method of mining are inherently dirty with serious environmental and health implications.

There are no methods that can avoid all or even most of the detrimental impacts of the mining and processing of coal, and no such methods will be available for the foreseeable future.

Water consumption: In 2017, Eskom consumed approximately 307 million m3 of water (enough to fill 122 800 Olympic-sized swimming pools) for power generation, amounting to 10 m3 of water (125 bathtubs) per second (largely for cooling, and excluding the water used and polluted to produce or beneficiate the coal).

Fine Particulate Matter (PM2.5) pollution from Eskom’s coal-fired power stations alone is responsible for the equivalent deaths of more than 2,200 South Africans every year, and causes thousands of cases of bronchitis and asthma in adults and children annually.

If “clean coal” could be applied to the production of electricity using coal-fired power stations, it should mean the avoidance of all the impacts associated with the combustion of coal, or at least a very substantial reduction of the consumption of resources and impacts of the combustion process. This is not the case.

The following three technologies (not all proven in SA) are generally relied on by “clean coal” proponents, but even combined, these will not provide the substantial reduction that is urgently needed. Instead, these technologies would generate harmful environmental impacts of their own. 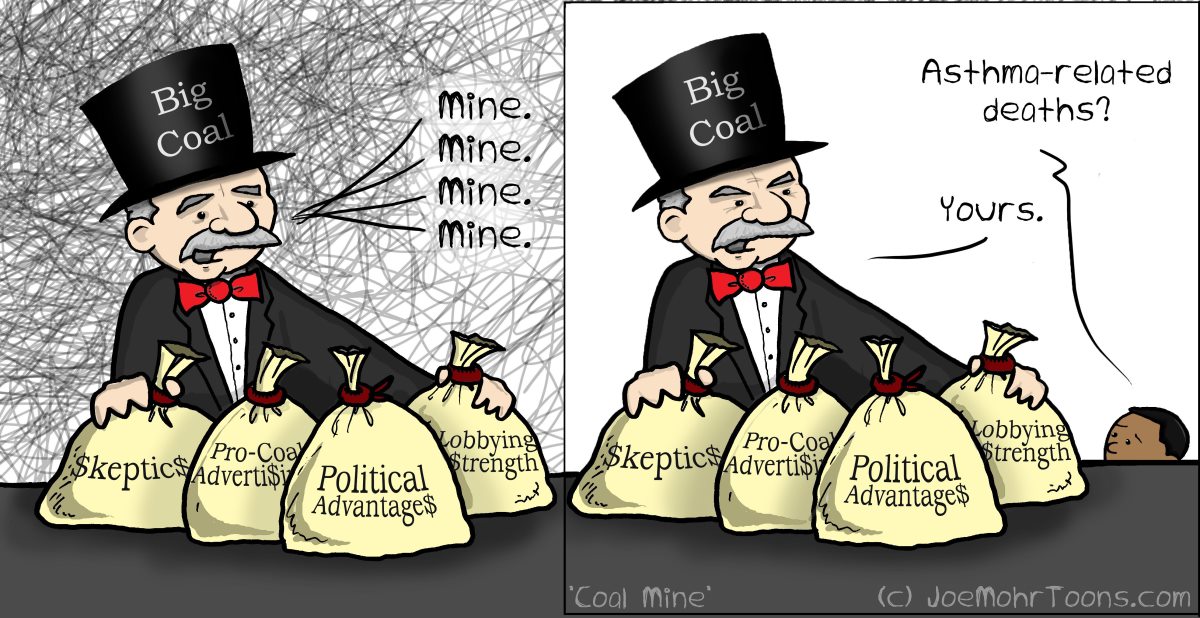 High Efficiency, Low Emissions (HELE) plants are put forward as the answer to greenhouse gas (GHG) emissions and pollution caused by coal-fired power plants. These are ultra-supercritical plants equipped with state-of-the-art pollution controls. ‘Supercritical’ and ‘ultrasupercritical’ plants operate at temperatures higher than the critical temperature (above this temperature, water turns to steam).

CO2 emissions still remain high (at best reduced by about 20%); and pollutant (PM, SO2, and NOx) emissions also remain significant. HELE plants also require a significant increase in capital and operating costs, in a situation where coal power is already more expensive than available wind and solar power technologies.

CFB systems can use lower-quality coal, including discard coal, using direct injection of lime into the furnace to control SO2 emissions. Consequently, the amount of solid waste generated is significantly higher compared to pulverised fuel boilers (used by most of Eskom’s stations). For example, figures from the proposed Thabametsi Independent Power Producer (IPP) station show that for every 1000 tons of coal burnt, this CFB plant discharges 660 tons of ash and spent sorbent as waste. In addition, GHG emissions are significantly higher due to high Nitrous Oxide (N2O) emissions: 1.23 kg CO2eq per kWh. 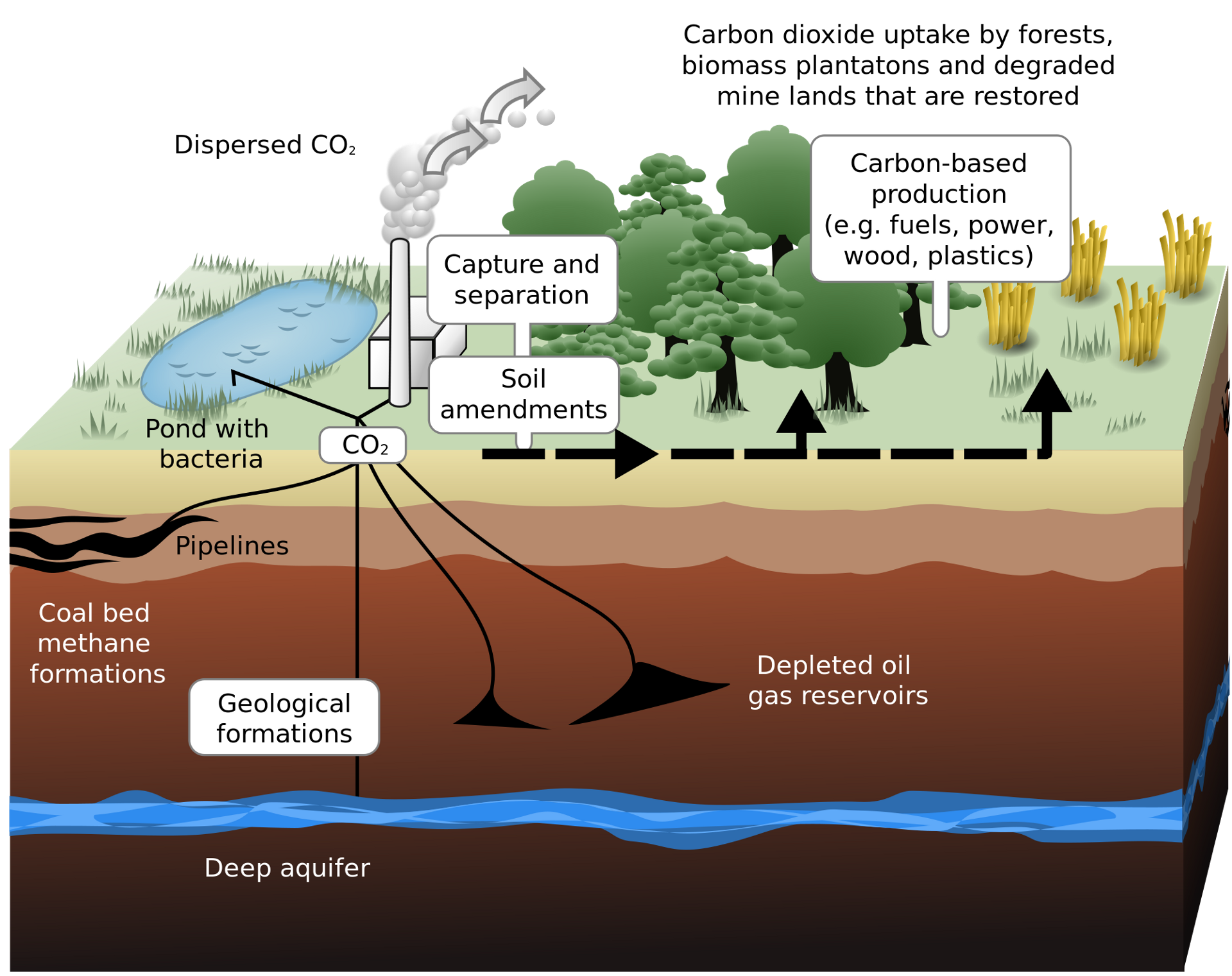 With 60 million tons accumulating every year, CFB technology cannot solve the discard coal problem. The use of discard coal in this way will also result in air pollution; the increase in the amount of water used to wash the discard coal; and an increase in the amount of ash and sorbent to be dumped because of the higher ash content. This coal ash contains toxic chemicals such as arsenic, lead, mercury, and chromium, which can cause, among other things, cancer, organ failure and brain damage.

CCS technology is considered to be a candidate to capture, inject, and permanently store CO2 emissions (only) underground. There are several unresolved problems with CCS, including uncertainty around long-term leakage, its high capital costs, and the long lead-time – possibly decades – before the technology can be proven at the required scale.

Although the South African Centre for Carbon Capture and Storage (SACCS) is attempting to demonstrate that CCS can actually be implemented using South African geology, it remains unproven. The bulk of Eskom’s fleet of coal-fired power stations (12 of 15) are situated in the Mpumalanga Highveld, with two in Limpopo Province, and one in the Vaal Triangle, a far distance from the two identified possible storage sites to be tested. This increase in transport costs would likely make large-scale CCS in South Africa unviable.