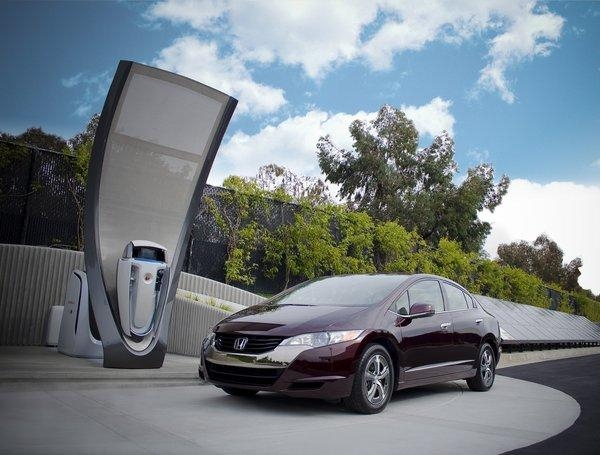 The agency’s dollars will go toward installing, or in some cases upgrading, hydrogen fuel stations in several counties around Southern California. Ranging in size from $1.5 million to more than $6.6 million, the five awards come through the Energy Commission’s Alternative and Renewable Fuel and Vehicle Technology Program.

The initiative and this particular round of awards are intended to move the state toward reaching a goal set by Gov. Jerry Brown in an executive order last year to have 1.5 million zero-emission vehicles on the road by 2025.

Using hydrogen to create electricity with no gas emissions spewing from tailpipes, hydrogen fuel cell vehicles fall squarely into the ZEV category. Both Mercedes-Benz and Honda have had experimental programs leasing hydrogen-powered cars in California, and three transit agencies – AC Transit, SunLine Transit and BurbankBus – have a dozen or so F-cell buses in their fleets.

But, the commission emphasized, the available technology can only help California meet its ZEV target with adequate infrastructure in place. An August report issued by the California Fuel Cell Partnership estimated the state would need 68 hydrogen fuel stations in five clusters – Berkeley, San Francisco’s South Bay area, West Los Angeles, coastal southern Orange County and Torrance – by 2015 to serve these cars. According to the Energy Commission, nine public stations are in operation around California, with another 12 or so in development.

California is leading the way in zero-emission vehicles, said Don Anair, research director of the Union of Concerned Scientists’ Clean Vehicles Program. Auromakers such as Toyota and Hyundai are investing in the technology to bring hydrogen to consumer markets by 2015. But that 68-station goal marks a bare minimum to make hydrogen attractive to the average driver.

“Unlike electric, where you have the ability to plug in at home, with hydrogen, you need that public infrastructure,” Anair said. “These technologies are not going to take over the market overnight. There needs to be a steady level of investment.”