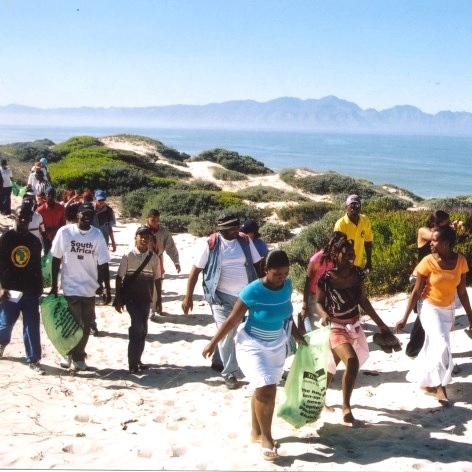 “Cape Flats Nature Partners’ Fund” offers small grants for projects that spark community nature conservation action on the Cape Flats. The Fund was launched by the Table Mountain Fund (TMF) in partnership with the South African Biodiversity Institute (SANBI) in the last quarter of 2013.

Since then four of the small grant projects on the Cape Flats have been shortlisted, approved and has been concluded or are in the process of being concluded.

TMF, with support from SANBI, is now opening a 2nd Call for proposals to the Cape Flats Nature Partners’ Fund. Projects of R15 000 or less and which comply with the funding guidelines issued by TMF are encouraged. Projects that facilitate the inclusion and involvement of a wider range of stakeholders in conservation are encouraged, for example through linkages with local economic development, youth development, health, and the creative arts.

A key focus of the ‘Cape Flats Nature Partners’ Fund’ is not just to award small grants but also to build the capacity of interested community members to engage with the Fund and other similar Calls for project proposals.

To this end, as part of the next Call for Proposals, the ‘Cape Flats Nature Partners’ fund’ will be hosting community workshops during the month of October in the areas around the Manenberg/Phillipi, Wolfgat/ Macassar, Harmony Flats and the Mamre Atlantis area.

So if you have a project idea that align with the criteria of the Fund, let us help you “make it happen”. Closing date for the 2nd Call for Proposals is 5pm on Wednesday, 29th October 2014.