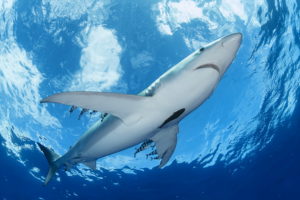 Last year WILDOCEANS, a programme of the WILDTRUST, joined a global movement led by ‘Sharkproject International’ in a bid to put an end to shark finning. A letter was drafted and endorsed by 57 signatory parties from academia, retail, fisheries, the NPO sector and environmental government departments from all over the world. The letter was written to spread awareness about the shark finning issue as well as to ensure sustainable fisheries and legitimate fishery certification processes are followed. The letter was submitted to the Marine Stewardship Council in April 2019.

Shark finning brings to light many other issues such as illegal fishing and bycatch (the unwanted fish and other marine creatures trapped by commercial fishing nets during fishing for a different species), which is what another letter driven by ‘Sharkproject’ targeted at the Azores government and endorsed by 42 signatories (28 NGOs and 14 Portuguese dive centres) –including WILDOCEANS, highlights.

The Azores are a group of nine islands spread across the North Atlantic Ocean. The Azores plays a critical role for nature and all living creatures both above and below the water. Apart from being a great tourism destination, the Azores has established marine protected areas (MPAs) which have been recognised from as far back as July 2008. However, the laws governing these MPAs have excluded pelagic species such as sharks, swordfish and tuna from protection (from fisheries). WILDOCEANS joins ‘Sharkproject’ and other organisations as signatories on a letter submitted to the Azores government last week.

“It is important to note that the destruction of the Azores ocean system will not only have far reaching consequences for Azores, but for all of humanity,” commented Friederike Kremer-Obrock of Sharkproject. 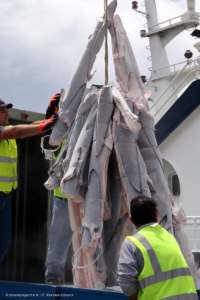 Longliner vessels have up to 100 kilometres of longlines fitted to them, and up to 20 000 hooks are used on this gear to catch swordfish, tuna and marlin but also shark species rated as “threatened” by the IUCN like the endangered mako sharks and the vulnerable blue sharks and get caught in increasing numbers by these longliners as so-called bycatch. While mako sharks are valued for their meat, blue sharks which were previously regarded as inferior meat and thrown back into the sea are becoming more popular among Chinese wealthy middle class and their large, long fins have created a lucrative business for the Spanish and Portuguese fishing industry – with vessels often seen off Azores.

Due to the EU requirement of Fins Naturally Attached for all EU waters, landings and transhipments, the shark bodies can’t be discarded directly, but must be landed with fins naturally attached. However, most of the meat gets cut off and discarded at sea already and the fins thus remain attached only to the spine and some flesh to comply with the FNA regulations, while the majority of the animal is wasted.

Sharks take a long time to reach sexual maturity and rely on marine protected areas (MPAs) and sanctuaries to develop and grow. The Azores offer a key area for the development of young marine species and sharks especially. This is where the blue sharks, who move through the Atlantic return to in order to give birth. Their offspring then continue to live near the islands of the Azores. The smooth hammerhead and thresher shark also inhabit the waters of the Azores. Many fleets fish very close to the coast and directly in front of the Azores and some even fish within MPAs such as the Princess Alice Bank or Condor Banks. It has become more evident that these special areas for shark are being targeted by fishing fleets and a noticeable number of juvenile sharks are being offloaded by these longline fishing vessels on a regular basis. 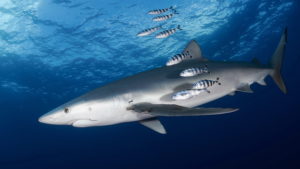 By the Azores government permitting fishing to take place in these shark hot spots around the Azores and even permitting fishing for pelagic species to take place within the Marine Protected Areas the relevant regulatory authorities cannot take proper action. Existing MPAs on and around the islands must be protected more consistently in the future including all species.

When fishing illegally within MPAs no prosecution happens, due to the unusual legal responsibility of the government rather than the supervisory authorities. The supervisory authorities should be responsible for imposing penalties, not the government. The constant lack of punishment, which is prescribed by law, causes impunity and constant non-compliance.

All vessels must own an AIS (Automated Identification System) as opposed to a VMS (vessel monitoring system). VMS data is only accessible for the authorities and hardly ever gets analysed by these authorities. The AIS system is preferable as it can be tracked via Global Fishing Watch. Analysis through this system by relevant authorities will ensure that these vessels do not engage in fishing activities in prohibited zones (and MPAs). 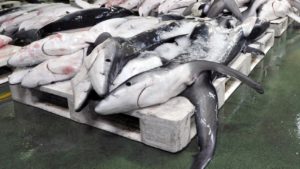 Fisheries in the Azores

Tuna stocks have historically been heavily overfished by international fleets, leaving the local pole-and-line fishermen of the Azores suffering as a result. This has led to the local fishermen fishing in MPAs which will ultimately destroy the last stocks. The local pole-and-line fishery operates seasonally and generates no bycatch. The letter, submitted to the leaders of Azores, states that these pole-and-line fishermen “selectively fish for yellowfin tuna and bonito, abiding to an official and strictly regulated catch quota. This fishery is one of the most sustainable of its kind and can be sold lucratively on the international market using sustainability seals for fishermen.”

The signatories of the letter also request that the government of the Azores ensure that all fish go via the LOTA (state auction) as only then can it be ensured that the legal requirements for the landing of protected species such as hammerheads or thresher sharks are complied with. 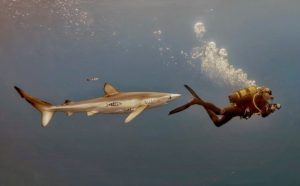 Tourism plays a vital role in the growth of the Azores economy, namely whale watching and shark diving, which are the main attractions to the islands. In the years 2014 – 2017 the sightings of blue sharks around the central group of Azores collapsed dramatically. This is not sustainable for tourism and neither is it sustainable for the advancement of the species. Although grim, the current state of fisheries in the Azores can improve substantially through promoting local sustainable fisheries.

All global research shows that if consistent protection of marine areas is enforced, sustainable fishing will benefit in the long term. The letter finally makes a call on the Azores government to establish sustainable maritime policy and to lead by example in ensuring a better future for the generations to come. 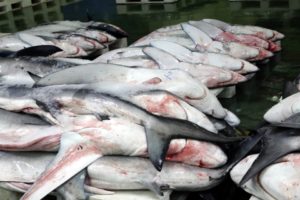 “Drastic changes must be made if we are to secure not only the future of the ocean and its inhabitants, but also subsequent generations of mankind. The government of the Azores has applied for the internationally recognised GSTC (Green Islands with Sustainable Tourism) certification and is currently in the process of securing it. Unfortunately, the reality of what happens on the islands is not sustainable. The time has come to bring change to the ocean and to openly and honestly exhibit truly sustainable living for the future. Within the context of the certification, a drastic change must take place, not only in the behaviour of the fisheries but, more importantly, in the behaviour of the government of the Azores,” said Kremer-Obrock of Sharkproject.

“WILDOCEANS support any efforts being made to further marine protected area expansion and effectiveness (@oceanimpactsa) as well as save sharks, and we hope to reinforce this by being a signatory on this letter to the government of the Azores,” concludes Dr Jean Harris, WILDOCEANS Executive Director.