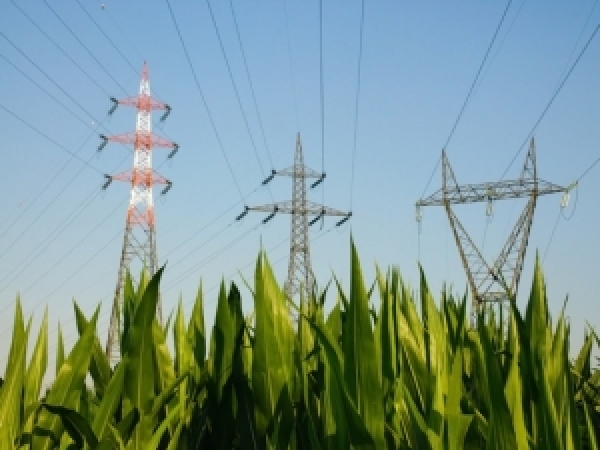 As the global population expands to 9 billion by 2050, we are set to spend trillions of dollars on supporting infrastructure that is likely to damage our climate. The good news is that spending more up front on making that infrastructure sustainable will pay off in the long run and provide new growth opportunities.

That’s the conclusion reached by a group of multinational businesses and institutions – called Green Growth Alliance – tasked by the G20 to consider green growth. To make that vision a reality, though, governments would need to spend $130 billion, an amount that could, if well directed, mobilize another $570 billion of private finance, the group argues in a report released this week.

But it will take some political and business courage to make that $700 billion yearly investment a reality.

The positive outlook of the Green Growth Alliance, chaired by former Mexican President Felipe Calderón, is partly based on evidence that sustainable investment has proven remarkably resilient in recent years. Spending on renewable energy in 2011 was up 17 percent on 2010. That is double what was being invested just before the financial crisis struck in 2007 and six times higher than in 2004. Global agricultural productivity is rising faster than population and 2 billion more people have enjoyed improved water access in the last 20 years.

Investment needs to be directed at newly industrializing economies to keep climate change under control. That is already happening. More surprisingly, we are at – or just about at – the point when more clean energy asset financing is originating from these emerging markets themselves than from developed countries.

But as positive as this evidence is, progress is insufficient. The World Bank suggests we are on track for average global temperatures to reach 4° Celsius over pre-industrial levels. The Green Growth Alliance report, prepared by the World Economic Forum with the support of Accenture, estimates the world will spend $5 trillion per year on infrastructure and agriculture to meet the needs of population growth. But this “business-as-usual” expenditure will not enable the world to keep global temperatures within the 2° rise that is regarded as the tolerable ceiling.

The Green Growth Alliance argues the first priority is to “green” this $5 trillion annual investment flow, and commit another $700 billion annually to make that initial investment more sustainable. The Alliance calculates this should enable the 2° ceiling to be met. And that latter figure only covers low carbon transport, energy efficiency, forestry and clean energy. More will be required elsewhere. The International Energy Authority (IEA) predicts the corresponding fuel savings will more than compensate for these investment needs.

The question is how to unlock that extra annual $700 billion of required finance. The Green Growth Alliance believes while public finances are tight, targeted use of additional government spending could help bridge the funding gap.

Some of the investment is required for adaptation to the impacts of climate change that we cannot stop, not least the protection from floods in those low-lying areas that are particularly subject to population growth. But the majority of the $700 billion needs to be targeted at stimulating investment to reduce emissions, drive energy efficiency and minimize natural resource depletion.

A central requirement is to create the instruments and mechanisms by which this private investment can be attracted. Long-term carbon markets are being established in some countries, and these signals of revenue certainty need to be extended elsewhere. Green bond markets would benefit from supporting regulation and standards.

In addition, other activities need to be considered by policy makers. Fossil fuel subsidies that contradict efforts to achieve low carbon growth should be reduced. Achieving free trade in green goods and services would reduce costs and accelerate innovation. Asia-Pacific Economic Cooperation (APEC) has made progress in negotiations here, for instance.

But private sector companies should not wait for perfect public policies to remove the reasonable risks associated with green investment. It is in their interests to diversify their portfolios and explore unconventional assets for return. By engaging with public finance agencies, they can improve comparative risk analysis to open up more attractive green capital markets.

Progress has been made. And scaling up the rate and scope of investment is the next step. While vested interests and visible barriers remain in the way, perhaps the greatest obstacle to green growth investment is reluctance and ignorance. The evidence is that spending additional funds to make infrastructure growth green is not only environmentally sustainable, but also economically sustainable. If policy makers and the finance sectors start with that premise in mind, there is a real chance of accelerating the surprisingly good progress that has already been made.

Electricity Pylons in a Cornfield by Moreno Soppelsa. Source: Shutterstock