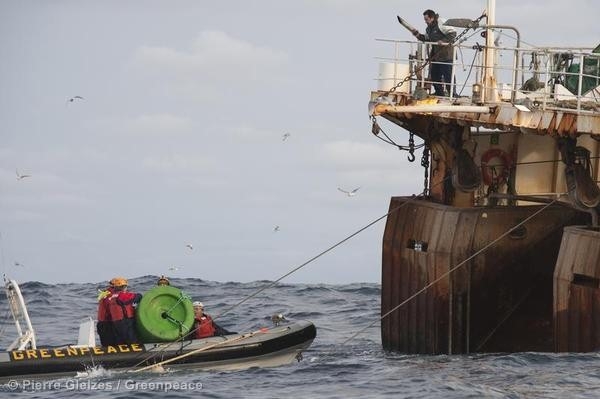 Greenpeace welcomed a plan presented by the European Commission today to ban some of the most environmentally damaging fishing practices, under a review of EU rules governing deep-sea fishing in the Northeast and Central Atlantic.

The Commission wants to phase out licences for deep-sea trawling and gillnet fishing in the area over the next two years, acting on a long-standing pledge request by the United Nations to end destructive fishing in some of the world’s most sensitive and rich ecosystems.

Greenpeace EU fisheries policy director Saskia Richartz said: “Deep-sea bottom trawling and gillnet fishing rank among the most destructive, fuel-intensive and subsidy-dependent fishing activities. A relatively small number of boats have devastated some of the world’s most fragile and rich ecosystems, with European taxpayers footing the bill.”

Gillnet fishing commonly involves using static or drifting nets with a mesh size (or holes) narrow enough to trap fish. Deep-sea trawling involves the destructive dragging of large, heavy nets across the seafloor. Scientists have identified extensive damage from trawling at 200-1400 metres in depth along the Atlantic shelf off the coasts of Ireland, Scotland and Norway.

Most deep-sea stocks exploited by EU fleets in the Northeast Atlantic are seriously depleted, according to EU assessments. Bottom trawling also has one of the highest rates of bycatch of non-target species in the European fleet, with up to half of what is caught being discarded.

A deep-sea trawler typically burns thousands of litres of fuel per day. A fuel tax exemption for European fishermen, coupled with EU subsidies for the modernisation and construction of vessels, have underpinned an otherwise economically unviable fishery. 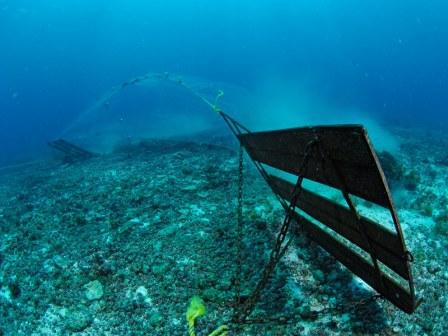 Greenpeace recently estimated that the Spanish deep-sea fleet received at least €142 million in subsidies from 1996 to 2010. The fleet consists of slightly more than 100 vessels, giving each vessel on average around €90,000 in direct subsidies per year during that period. So taxpayers are paying almost entirely for the running of these vessels, then paying again at the fish counter.

Spain, France and Portugal take almost 90 percent of the EU’s deep-sea catch (by weight), but only France and Spain focus on the destructive practice of bottom trawling. The two countries expanded into deep-sea fishing in the 70s and 80s, building and modernising their fleet with EU subsidies, even as scientists began to warn against overfishing.

the world’s largest reservoir of life

The deep sea begins around 400 meters below the surface, where sunlight does not penetrate. It is one of the planet’s largest reservoirs of life, home to fragile and slow-growing coral and sponge forests and long-living species – some living coral are 8,500 years old. These ecosystems perform ecological processes that are vital to the functioning of the world’s oceans and our climate.