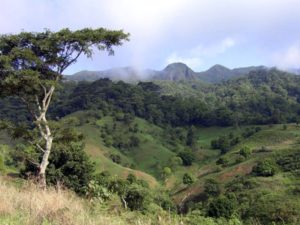 After years of controversy surrounding the proposed palm oil plantation in Cameroon, the Cameroonian government has ordered Herakles Farms to suspend all logging at its main worksite at Talangaye, in the Nguti region of the country.

Greenpeace Africa is encouraged by this decision – there are numerous illegalities associated with the project, not to mention the social conflicts and the environmental destruction that it has caused, and could continue to cause.

However at this point the suspension is not necessarily a permanent one. We need to increase our pressure on Herakles now to ensure they stay out of Africa’s forests for good.

Herakles Farms has confirmed the stop order in a press release, in which it claimed the company “always has and will comply fully and transparently with government regulations in force.”

However, the government’s suspension letter explicitly referred to violations of the forestry law by the company. 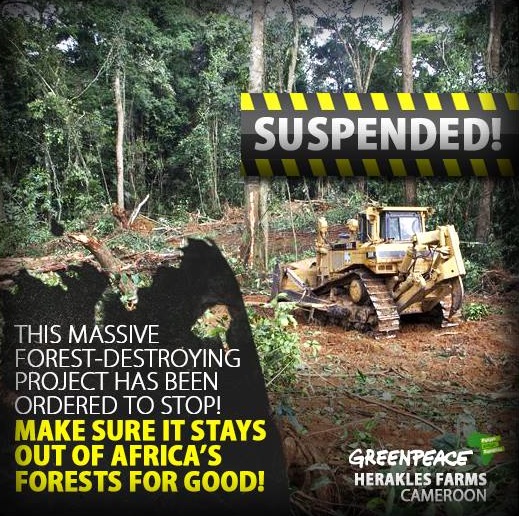 In February, the Programme for the Sustainable Management of Natural resources in the South West Region of Cameroon (PSMNR – SWR), released a report, concluding that Herakles Farms had been “actively negotiating as much land as possible with local communities which are not prepared or neither informed on what they are getting into”.

They also found that “the loss of opportunities offered by forest resources can’t be compensated for by few precarious employments in the plantation”, and that the environmental impacts of the plantation would be enormous, given that it “is located within an ecologically vital area.”

Greenpeace has been working with forest communities to find genuine alternatives to industrial palm oil plantations. They believe that by putting food security and forest protection first, communities can secure their livelihoods and the forest on which they depend.