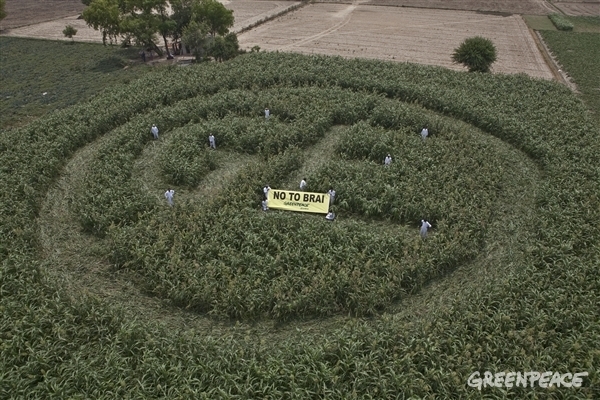 New Delhi, 25th June: The Coalition for a GM Free India along with various farmer unions, national political parties and diverse social and environmental movements, including Mazdoor Kisan Shakti Sangathan, Greenpeace-India, India Against Corruption, Bharat Swabhiman Trust, Volunteers for a Better India etc launched a nation-wide campaign demanding that the Biotechnology Regulatory Authority of India (BRAI) Bill, 2013, be withdrawn immediately. The dharna held to launch the campaign at Jantar Mantar was attended by hundreds of people from all walks of life. All of them joined hands in solidarity and vowed to fight this invasion of Genetically Modified (GM) crops and its proponents like Monsanto, the American Multinational seed corporation, into India’s food and farming.

The BRAI Bill was introduced in the last session of Lok Sabha by the Ministry of Science and Technology, despite opposition from within and outside the Parliament. The Bill provides a single window fast track approval mechanism for GM crops, which are a threat to human health, biodiversity and farm livelihoods. It works in the interest of biotech seed companies by avoiding deterrent liability mechanisms or public scrutiny. It has been called India’s Monsanto Protection and Promotion Act.

“Companies like Monsanto decide the fate of farmers and farming in countries like US and Governments tweak their regulations to ensure profits for them. With the BRAI Bill, India’s people will no longer be able to decide what they will farm and eat, Monsanto will” stated Devinder Sharma, the noted columnist and food policy analyst. He further added that “it is a shame that a country discussing a food security law has also contradicted it with a food poisoning law, like the BRAI Bill”

Leaders of various farmer Unions like All India Kisan Sabha, Bharatiya Kisan Morcha, Bharatiya Kisan Sangh, Bharatiya Kisan Union, Bharat Krishak Samaj and Kisan Sangharsh Samiti, Bihar addressed the gathering and in unison condemned BRAI as anti farmer. Pointing to the grave danger of the country losing its seed diversity and sovereignty and thereby its control over farming, Yudhvir Singh, Convenor of Indian Coordination Committee of Farmers Movements said “The UPA Government through this BRAI Bill is giving away the control of our seeds to American companies like Monsanto. We have already experienced this in the case of Bt cotton, where 93% of cotton grown in the country is controlled by Monsanto through its proprietary technology”.

The bill championed by the Ministry of Science & Technology, which has a mandate to promote GM crops has been mired in controversies starting with blatant conflict of interest with the promoter ministry housing the regulator. Further, the BRAI Bill lowers the standards for safety testing, avoids transparency, minimises liability, circumscribes people’s fundamental right to go to Court and overrides the State govt’s authority over agriculture. Post its introduction the BRAI Bill is now under review with the Parliamentary Standing Committee of Science & Technology, Environment & Forests, chaired by Dr Subbarami Reddy of Congress. 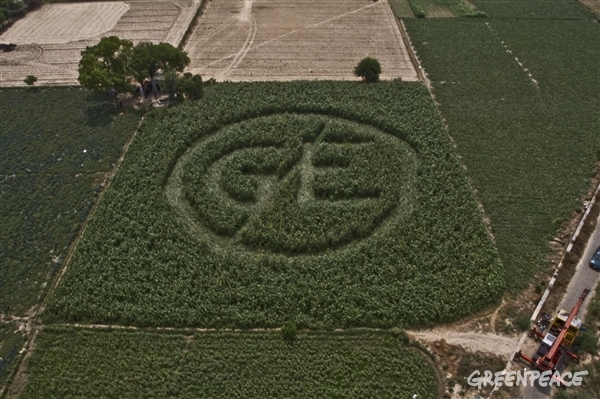 “The BRAI Bill is a challenge to the transparency in governance that we all have fought for.” said Nikhil Dey, from MKSS. “It not only tries to negate the powers of the Right to Information Act but also makes a mockery of public participation in decision making on a technology which impacts every one of us in this country” he added.

Launching the national campaign against the BRAI Bill, Sridhar Radhakrishnan, Convenor for the Coalition for a GM Free India stated “This Bill forced upon us by the Government is clearly a legal instrument to force GM crops into India’s food basket. This is absolutely unnecessary, dangerous and a huge threat to the future of food and farming in India.” He further called upon the political leadership and citizens from across the country to join hands and fight this draconian legislation and bring in a biosafety protection regime in its place, which will safeguard the health of the citizens, the environment, livelihoods dependent on farming and the nation’s sovereignty over its seed and food.

Drawing the attention of the gathering to a recent compilation of more than 400 peer reviewed scientific papers on the negative impacts of GM crops, Neha Saigal, Campaigner, Greenpeace India stated that “GM crops and Monsanto are a global threat”, She further opined that “given that the damage is uncontrollable and irreversible there is absolutely no reason why one should even think of releasing GM crops into the environment”.

“BRAI Bill is one more example of how the current government continues to sell the nation lock stock and barrel and pushes us away from Gandhiji’s idea of Swaraj” said Arvind Kejriwal of Aam Aadmi Party.

Sitaram Yechury, Politburo Member and leader of the CPI(M) in Rajya Sabha called BRAI another American appeasement law by the Manmohan Singh government.

Rajnath Singh, National President of the BJP in a written letter on Tuesday declared his whole hearted support to the struggle against BRAI and GM crops and said that BJP will stand by the interest of Indian public and fight BRAI tooth and nail.

All groups and individuals present at Jantar Mantar pledged to fight the BRAI Bill and to protect public interest against the greed of corporates like Monsanto. They also demanded that the Parliamentary Standing Committee for Science and Technology to recommend the withdrawal of this dangerous, anti people and contentious Bill.