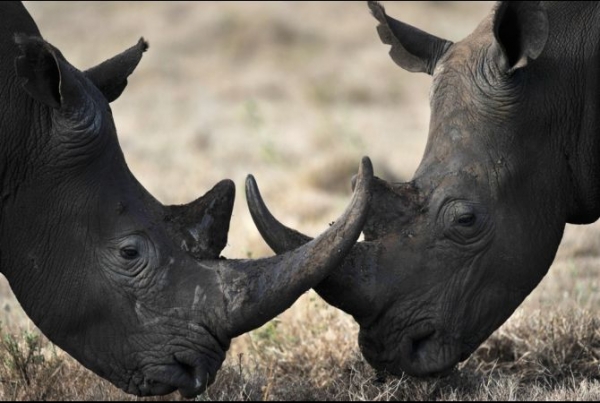 The official launch of the campaign will comprise of events at Emoya Estate:

This wil be a glittering gala event with a number of artists and entertainers performing. Altogether 23 tables for guests of corporates and institutions are available at R10 000 per table.

There will be a large potjiekos competition, fun run, church service and other family activities. 22 September is celebrated internationally as Rhino Day and the Emoya Save the Species Campaign FS intends to donate proceeds from the fund-raising done by the campaign to the Mark Boucher Rhino Trust Fund, whose objective is to DNA-register all rhinos in South Africa.

The campaign also plans to establish its own registered trust fund to be overseen by an
independent firm of attorneys and managed by a chartered accountancy. The aim of this fund is to buy sophisticated equipment like nigh vision apparatus, monitoring systems etc. for making it available to the Green and Brown Scorpions in the Free State on a loan basis. 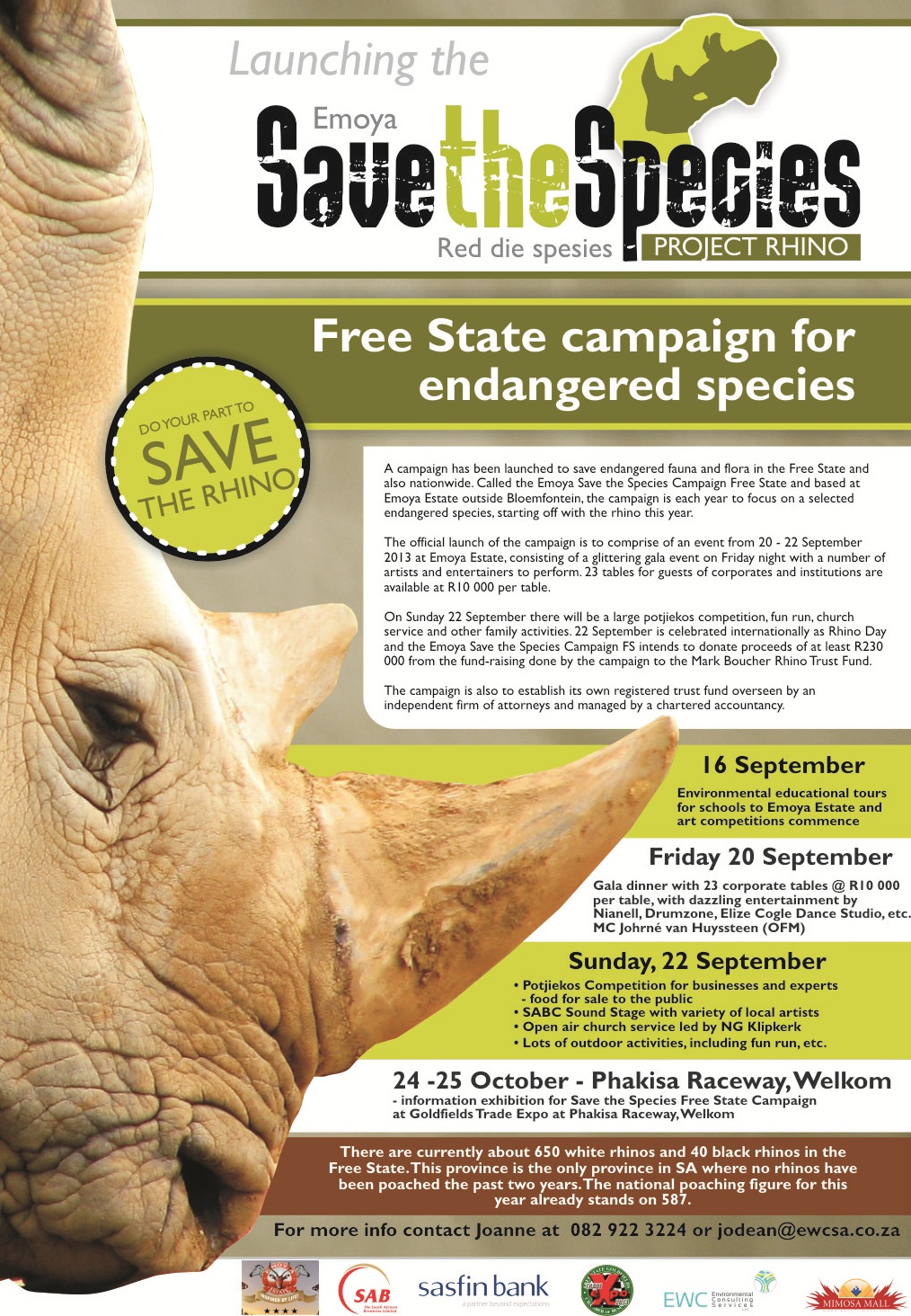 There is currently in the Free State about 650 white rhino and 40 black rhino, most of which is in private possession. The Free State is the only province in the country where for the past two years no rhino has been poached. The present national poaching figure stands on 611.

It is envisaged that the campaign will in 2014 identify the next threatened species to focus on. For more detail on the campaign, contact Joanne at 082 922 3224 or jodean@ewcsa.co.za.