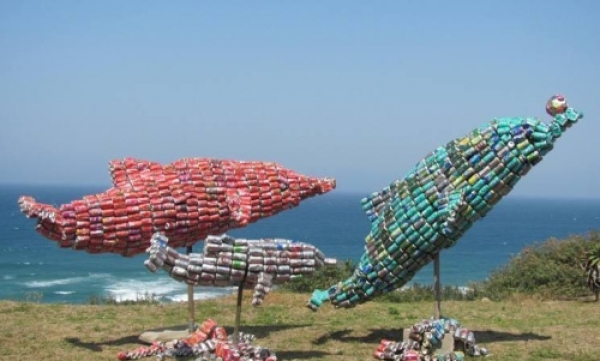 Creston College from KZN won first place and the prize money of R10 000 in the Collect-a-Can 2010 CAN Craze Competition for their can-stuction of dolphins playing with a soccer ball. Despite Collect-a-Can not specifying a theme for the competition there was a strong emphasis on soccer and the 2010 Fifa World Cup this year.

Second place and prize money of R 7 000 goes to Makaula Senior Secondary School in Mount Frere for their replica of the Moses Mabhida Stadium.

Third place is shared between Hoërskool Florida in Johannesburg for building the flags of all the countries that participated the 2010 Soccer World Cup and Athlone Park Primary School in KZN for their giant 2010 spelled out with cans. These two schools each receive prize money of R 4 000. 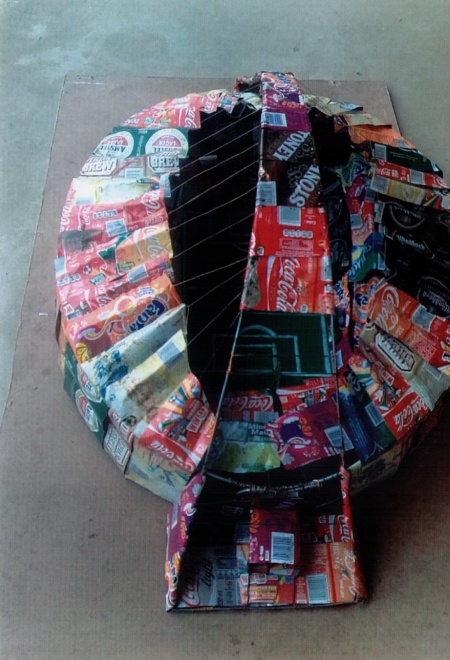 ‘We’d like to congratulate the winners and all the schools that took part,’ says Mathabo Phomane, PR and Marketing Manager at Collect-a-Can. ‘Schools really did themselves proud this year and we’d like to encourage schools not to lose faith if they did not win this year as CAN Craze 2011 promises to be bigger and better than ever.’

While most of the can structures will be collected by Collect-a-Can for recycling, some get to live on a little longer. The winning structure of dolphins built by Creston College was put on display outside the KwaZulu-Natal Sharks Board offices during their National Marine Week activities.

Collect-a-Can would like to encourage more organisations to support and motivate schools in their area to build a can structure that can be used for display purposes.