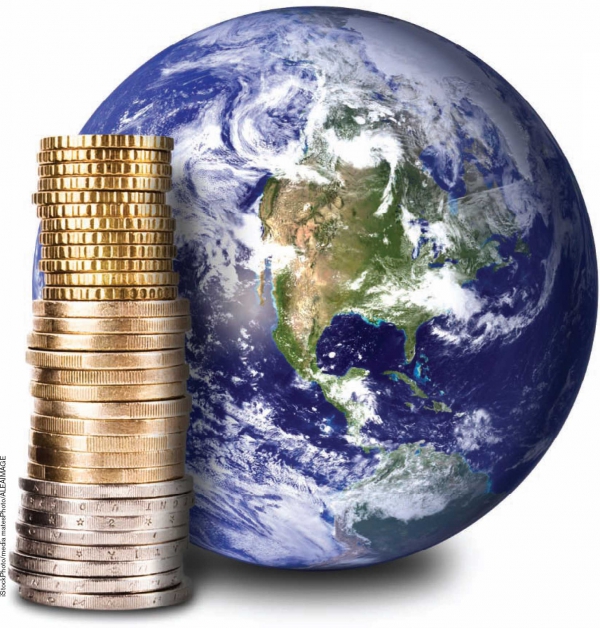 UN’s green bank has been talked up, but few know exactly when, or how, it will really open for business.

“It’s not particularly high profile. No is the short answer.”

That was the answer Nathan Goode, Head of Energy, Cleantech & Sustainability at Grant Thornton gave when asked if the UN’s flagship climate change fund was the talk of boardrooms across the country.

It neatly illustrates the challenge faced by the Green Climate Fund, which was officially opened by the heads of the IMF, World Bank and UN climate change body on Wednesday in South Korea.

It’s currently a bank with no money, and the next 12 months will determine if it will be a success, according to members of its board RTCC has spoken to.

“2014 is a make or break year for the fund,” says Henrik Harboe, Director of Development Policy at the Norwegian Ministry of Foreign Affairs and a member of the 24-strong board.

His colleague Pedro Garcia, the Dominican Republic’s Director of Climate Change agrees. He says it is vital to “define the commitment of countries in terms of amounts they will contribute to the fund – that’s not clear at the moment.”

The GCF opening in Songdo made few headlines, but don’t be deceived. This is a massively ambitious project.

When it was approved in 2010, policymakers talked of it driving a “paradigm shift towards low-emission and climate-resilient development” in poorer countries.

Harboe says it must deliver “transformational change” in the developing world, andÂ  across all sectors. “The fund should be contributing to fundamental change in the way they reduce CO2-emissions, produce energy and deal with adaptation,” he says.

It rates countries on how open and welcoming they are to clean energy projects.Â  Only four of the top 20 can be classed as ‘developing’, and they are already major economies; China, India, Brazil and South Africa.

And despite steady growth in clean energy, Nathan Goode says the transition cannot just be left to the market alone.

“I think there is still a need for intervention. I think some elements of the sector are motoring along well, and a smart intervention will recognise that and piggyback off it,” he says, stressing that support for projects or technologies in an interim stage between research and construction is vital, given they are often a hard sell to investors.

The board are scheduled to meet in February and May next year. They are then expected to be able to present a strategy to potential donors, who will then be expected to reveal their level of support, perhaps at Ban Ki-moon’s climate leader’s summit in September.

No-one is willing to put a figure on how much needs to be ‘pledged’ for the fund to look credible, although Craig Mackenzie, Head of Sustainability at Scottish Widows says donations need to be in the billions. “If it’s in the tens of millions or hundreds of millions it has failed,” he adds.

Garcia says there has been no “conclusion” among board members over the funding they will ask for, but adds that the “level of funding needed now is the same as in 2020”.

What’s clear is that it will start with less than the US$100 billion rich countries have agreed to deliver every year by 2020. They can barely scrape together $10bn a year at the moment according to from the Overseas Development Institute.

And it will be far lower than the “trillions” the world’s leading climate change economist Nicholas Stern recently told RTCC is required for developing countries to build low carbon societies.

Harboe admits it will “probably start out not very big”, but says “substantial amounts” are needed for it to be taken seriously.

Given the consistent pleas of poverty from rich nations, Harboe and Garcia agree that public sources of finance will not be sufficient on their own to fill the financial gap that exists between pledges and what can be delivered.

It’s hoped that substantial contributions initially from the US, Japan, EU and Nordic countries will be enough to start some projects, and Harboe hopes that in time the larger emerging economies may become donors, stressing “we will take that as a bonus in the first years.”

So it’s likely to come down to the ‘private sector’, two words frequently used in this context that cover a vast array of institutions and businesses.

On the positive side, the money is there. EY estimate US$28 trillion of assets are currently under the management of pension funds, and Craig Mackenzie believes fund managers will be interested in the GCF, attracted by what he suspects will be comparatively low risk infrastructure investments.

“The fundamental building blocks of a major private sector contribution are beginning to line up quite nicely,” he says, adding: “There is substantial appetite among the big asset owners, pension funds and insurance companies, for infrastructure.”

Guaranteeing certain projects is one route the GCF could take, one Mackenzie says will attract the private sector as it substantially reduces the investment risks.

“The GCF could come in and say we will guarantee this bond and we will take some of the first losses if the project falls apart.”

Key to all of this is clarity from the board after the next two meetings. Nathan Goode warns the GCF will need to quickly demonstrate it is nimble and flexible at the delivery end.

“There’s a presumption that if you’re engaging with a public body in this area you’ll get stuck somewhere in procurement bureaucracy or other evaluation processes,” he says. “It needs to demonstrate that once it has a clear brief if can deliver effectively and quickly.”

Perhaps the biggest challenge for the GCF will be to cope with the huge pressure to deliver some projects of note ahead of December 2015, when countries are scheduled to meet in Paris to sign a global climate deal.

The current system of climate finance was recently described as resembling “spaghetti soup”. The hope is this may knot those strands together.

Goode warns the board not to try and solve the world’s problems in one go: “For me this is about pulling in investment, gaining momentum and traction … it’s there to take the initiative and be a leading example so other investors will follow.”

Mackenzie stresses the need to first develop a “credible and stable” policy environment, and says western pension funds are willing to invest in emerging economies given the right conditions.

Harboe goes back to the need for national leaders to add their support to its development, lamenting the negative statements from Canada and Australia over its potential during recent UN climate talks in Warsaw.

He adds: “I think it will be important that by 2015 we are able to make the first financial decisions by the fund – actually approving the financing of something.”