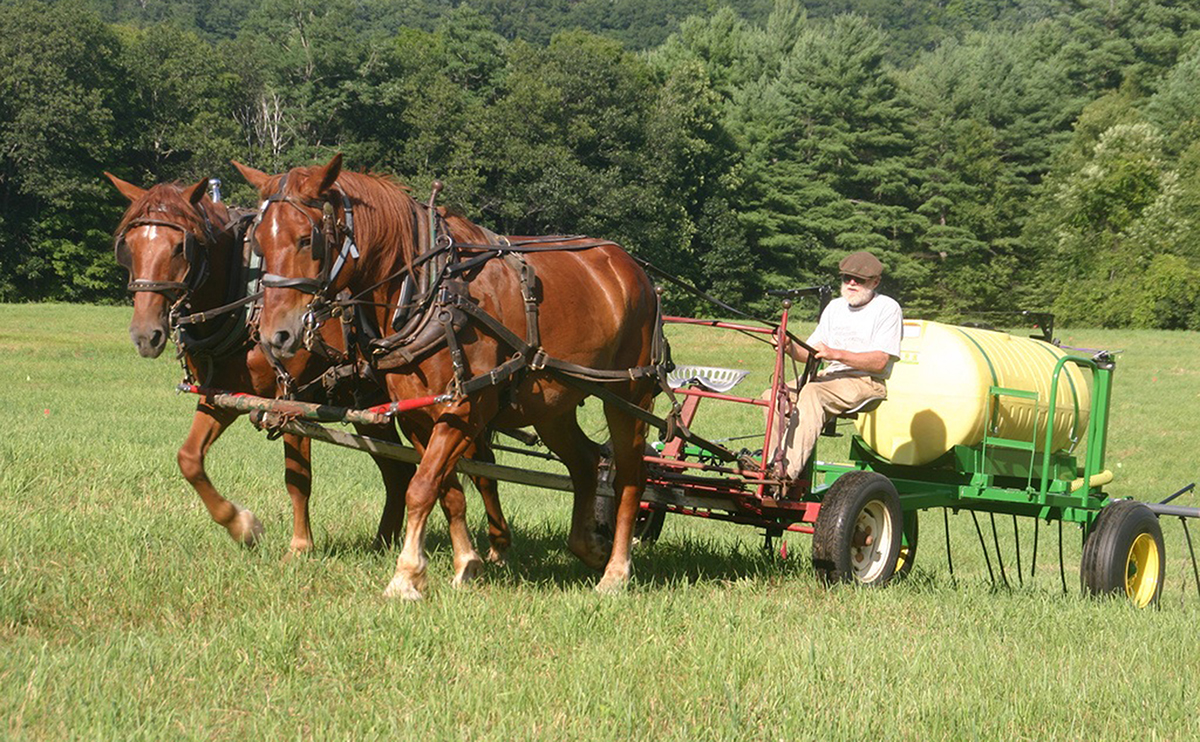 The Rich Earth Institute in Brattleboro, Vermont, is likely the only organization measuring success in gallons of urine.

In 2012, Kim Nace, Rich Earth’s administrative director and partner Abe Noe-Hays collected 600 gallons of urine from friends and neighbors. The next year, the organization brought in about 3,000 gallons from 170 human volunteers. Rebecca Rueter, a board member for Rich Earth, invited members of the local women’s chorus to donate their pee.

Rich Earth hopes to double that amount this year to a round 6,000 gallons — enough to fill a third of an average American swimming pool. “We’ve given volunteers a few things to make it easier — some funnel devices and things like that,” says Nace.

The project aims to test human urine as a replacement for chemical fertilizers. Urine contains nitrogen, phosphorus and potassium — essential plant nutrients that are usually mined from the earth or the air for agricultural use. In collecting human urine, Rich Earth is diverting the same chemicals from waterways to farms, making a potentially harmful substance a boon to crop production. 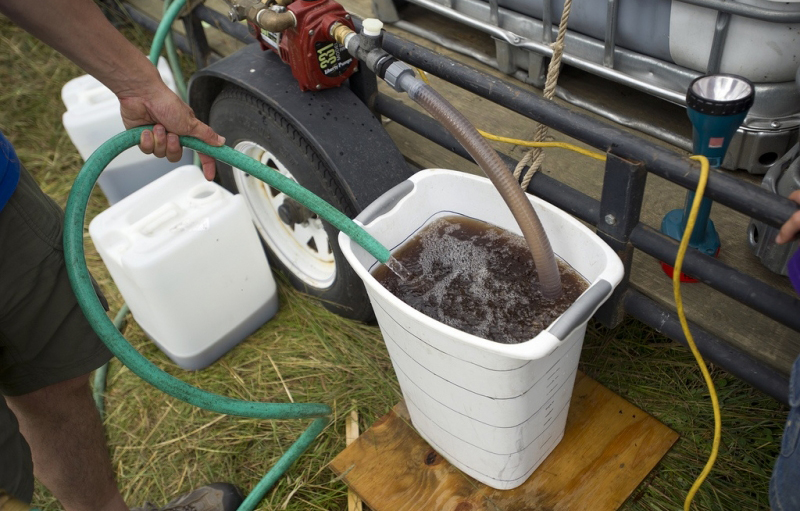 The urine collection scheme has had some unintended consequences for Nace’s home in Brattleboro, which hosts the so-called “urine depot.” There is a buzz of conversation as volunteers drop off 5-gallon jugs to be loaded into larger holding tanks. “When people realize that they produce something every day that can be helpful to the environment and the earth, it’s a very wonderful feeling,” says Nace.

Jay Bailey, who owns and operates Fair Wind Farms with his wife Janet Bailey, volunteered a few hay fields for the initial stages of the project in 2012. He spread a urine solution from the Brattleboro volunteers over the crops from a horse-drawn applicator and, come harvest time, observed that urine-treated fields were twice as productive as unfertilized controls. The success earned Rich Earth a $10,000 SARE grant from the USDA to expand the trials at Fair Wind in 2013. This year, urine will go to three farms for collaborative trials.

But would Bailey — who makes his living operating a small farm — opt for pee-power if he wasn’t part of an experiment? “With the cost of fertilizer these days, I would certainly give it very serious consideration,” he says. 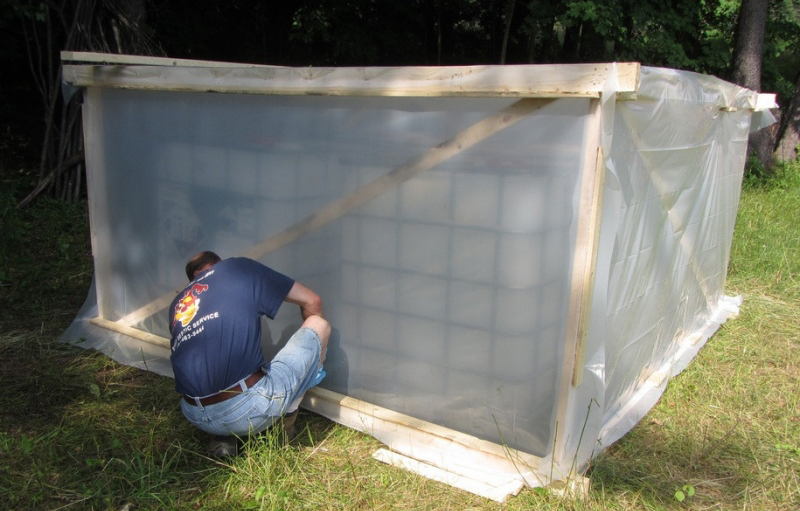 Step 2: A greenhouse built to treat urine tanks for pathogens. The urine is sanitized after 30 days at or above 20°C (68°F).

Across the Atlantic, studies have long established urine as a powerful fertilizer. A study conducted by the Stockholm Water Company in the late 1990s diverted urine from four housing projects to a grain farmer outside the city. The scientists concluded not only that urine could replace quick-acting mineral fertilizers, but also calculated that one Northern European adult pees enough plant nutrients to grow 50 to 100 percent of the food requirement for another person. Other successful trials have taken place in China and Mexico, though none as detailed as the Swedish one.

Rich Earth acknowledges that the biggest hurdle to their work is public perception of lingering buckets of pee, or the so-called “ick factor.” Urine is actually sterile when it exits the body, save for rare cases of a bladder infection or salmonella poising. REI has nevertheless developed two strategies for eliminating the risk of pathogens, either by solar pasteurization or long-term storage in a warm greenhouse. Both have proven effective.

A real concern for Rich Earth? Left over pharmaceuticals that end up in urine. The EPA has selected Rich Earth for funding to conduct a study of traces of drugs in urine with the help of the University of Michigan and SUNY Buffalo. 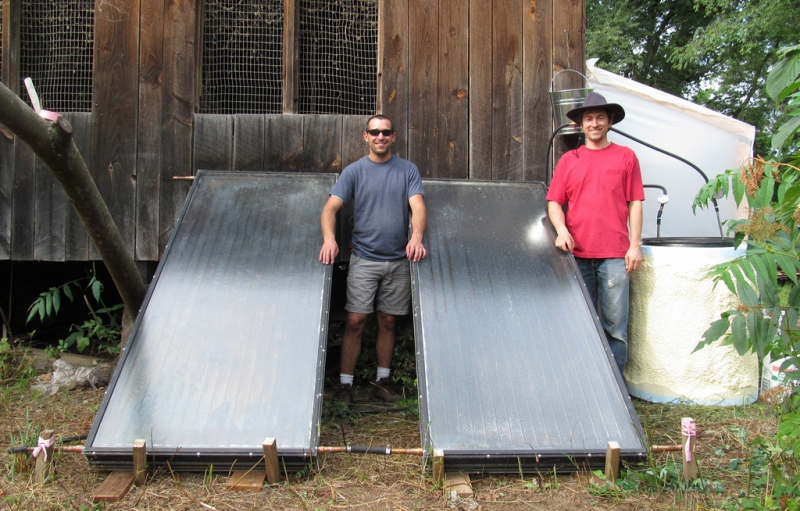 But even if there is minimal risk to personal or public health, Nace realizes that only a chosen few will ever be willing to collect their own urine with jugs and funnels. A much more realistic option is urine-diverting toilets, which again the Swedes, masters of pee, have reliably engineered.

Poop versus pee as a fertilizer

“Urine Separation — Closing the Nutrient Cycle,” the exhaustive Swedish study of using urine as a fertilizer, compares the pros and cons of using solid human waste and liquid human waste to help grow crops. According to the study, urine contains many of the chemical elements plants need, but solid waste has the lion’s share of organic material such as carbon, fiber and beneficial microorganisms.

At the moment, solid human waste is much more likely to become fertilizer in the U.S. Despite strict regulations from the EPA, almost 50 percent of “human biosolids” return to farmland in the states. As far as Rich Earth knows, they are the only project in the country legally returning human urine to the soil.

Which is surprising. Fecal matter requires a much greater amount of attention to be processed into safe fertilizers or grey water. On the other hand, urine only makes up 1 percent of the liquid sewage flow in Sweden, and it’s rarely separated from the rest of the stuff that gets flushed and turned into fertilizer. To capitalize on the plant nutrients in urine, the liquid would need to be separated at its source rather than processed at a treatment facility. 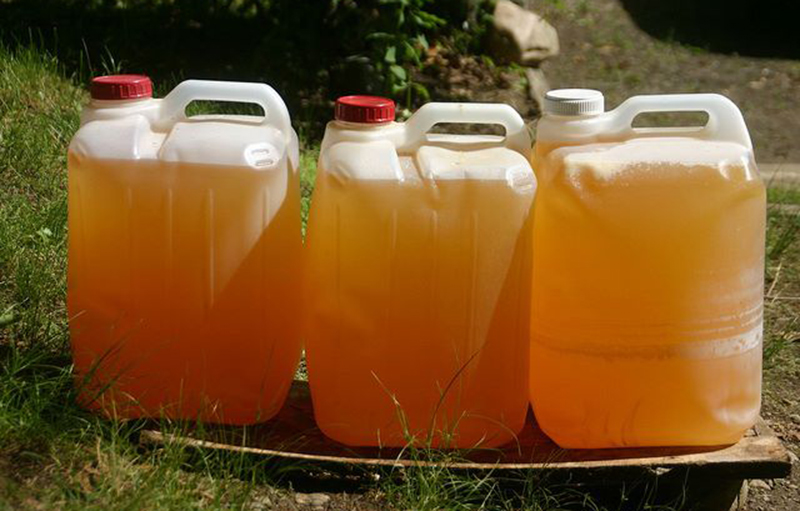 Step 4: Over 170 volunteers have donated urine to the project. Photos and captions courtesy of the Rich Earth Institute.