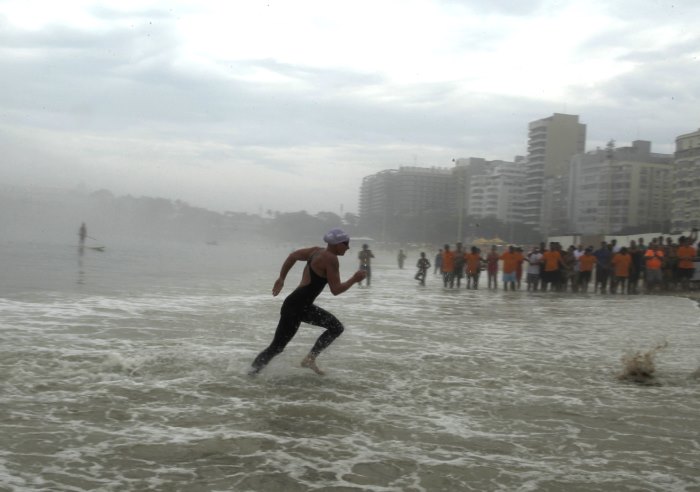 Copacabana Beach: a recent report found swimmers and boaters will be competing in very polluted, and potentially unhealthy, waters in the 2016 Rio Games. Image: Pilar Olivares/Reuters

Beijing will host the 2022 Winter Olympics, at considerable environmental cost. There will no doubt be many surprises during the Games, but we already know there will be a substantial environmental toll to relocating in Beijing.

Where will the snow come from for a winter event in a city and region that has little snow? Events needing altitude, such as skiing and snowboarding, will be held between 55 and 100 miles away, with some of them being held on the edge of the Gobi Desert, where snowfall rarely exceeds 10 inches.

The snow for the Beijing Winter Olympics Games, like much of the snow for the Sochi Games, will come from water drawn from lakes and streams, super cooled into ice crystals and then shot from a cannon.

Few worried or cared about the environment consequences of the early Games of the modern period, perhaps because they were of limited size and had minimal environmental consequences.

The building big era was inaugurated with the 1936 Games in Berlin, when the Nazis exploited the propaganda opportunity. They built a new Olympic stadium, an athletes’ village and a 20,000 seat swimming arena. They were the first Games to use television and employed their in-house cinematographer Leni Riefenstahl to make the film Olympia for worldwide distribution.

After the austerity of the immediate post World War II era, Berlin became the role model as the Games became a gargantuan spectacle: building new and building big, often on greenfield sites. The Games were the perfect opportunity to achieve the modernist dream of rewriting urban landscapes and transforming local environments. The only constraint was money, not an environmental sensitivity.

The first environmental change was brought about by the massive cost overruns of Montreal in 1976. Building vast edifices on a greenfield site was expensive as well as environmentally damaging. The Los Angeles Games of 1984, marked a shift from this new-build model to a new template, a mixture of new-build and the reuse of exiting facilities. This had a positive environmental impact in that buildings had secondary uses, but was the result of cost cutting rather than the pursuit of environmental goals.

The explicit use of environmental goals slowly emerged in the 1990s. For the 1992 Games, Barcelona’s committee built a new waterfront and upgraded an abandoned industrial-railway site as well as making numerous improvements throughout the metro area including new roads, a new sewer system and the creation or improvement of over 200 parks, plazas and streets.

Environmental protection and sustainability was an integral part of the 1994 Winter Games in Lillehammer. Norway’s then Prime Minister, Gro Harlem Brundtland, was the chair of a 1987 UN Commission that promoted the idea and practice of sustainable development.

The Games were now drawn into a more environmentally aware world. In 1996 the Olympic charter was amended to address the issue of sustainable development and the environment became the third pillar of the movement beside sport and culture.

Cities now had to address issues of sustainability in their bid documents. But this is more rhetorical than practical, a form of legitimation in a more environmentally conscious age rather than a practical guide.

It is a remarkable and disturbing fact that we have no formal agreed-upon criterion for assessing the environmental impact of the Games. One of the biggest mega-events in the world goes ahead with no agreed upon rules for measuring or monitoring its environmental impact.

A turn for the green in corporate environmentalism

Despite the lack of formal monitoring by the IOC, there was a shift as some cities took the opportunity to promote a greener development.

The main site of the Sydney Games of 2000 was built on Homebush Bay, an inner city contaminated site, part of city-wide remediation and greening projects; although some were critical of what they described as corporate environmentalism.

The Games in Turin 2006 sought to reduce carbon footprints, minimize water use in snow making, promote eco-friendly hotels and introduce carbon offsets. Even Beijing, where the environment was not so front and center, replaced its 18,000 bus fleet with more fuel efficient and less polluting vehicles. 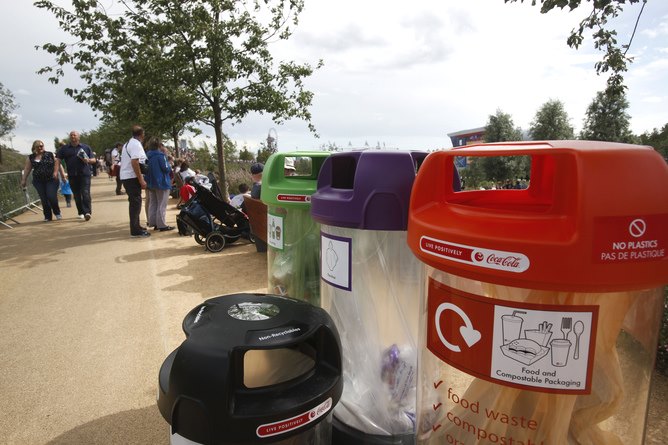 The 2012 Summer Games in London made a priority of environmental issues, including use of construction materials and renewable energy. It had a target of zero waste. Image: UK Department of Culture, CC BY-NC

The 2012 London Games were promoted as a green games with greater use of renewable energy and water recycling. The polluted lower Lea Valley was cleaned up. Only wood from sustainable sources was used and the soil removed for the swimming pools was used in the landscaping of local parks. Even with these projects, the Games generated around 3.45 million tons of CO2.

Host cities have also used carbon offsets, or purchases in carbon-reduction projects meant to offset the global transport of visiting athletes and spectators.

Despite these efforts, we have no solid basis to answer the basic question of what are the total and long term environmental costs and benefits of hosting the Olympics. An honest answer has proved elusive as analyses are hampered by lack of proper accounting methods, technical issues and the lack of available data. Organizations seeking to promote, justify, or attract the Games generate the vast majority of analyses. There are far fewer studies that examine the environmental costs of the Games.

The environmental turn since the 1990s is not a continuous line of progress. For every London, there is also a Sochi.

The ideal solution may be for a city to make a bid that allows a green reimagining of the city, but not to actually host the Games. The real winner in the 2009 announcement to host the 2016 Games may have been Chicago not Rio, because Chicago went through the exercise of planning for city improvements despite never hosting the games.

The IOC, for which the best we can say is that as an international sporting organization it may be less corrupt than FIFA, may be at a crossroads. Rising costs and greater scrutiny of environmental consequences and impacts makes hosting the Games a less attractive proposition and a tougher sell.

With fewer bids from credible candidate cities, the IOC becomes more reliant on non-democratic regimes and host cities where the environmental requirement may be part of the bid documents but, like Sochi, not the reality on the ground.

In this new era, even a gold medal may lose its luster.