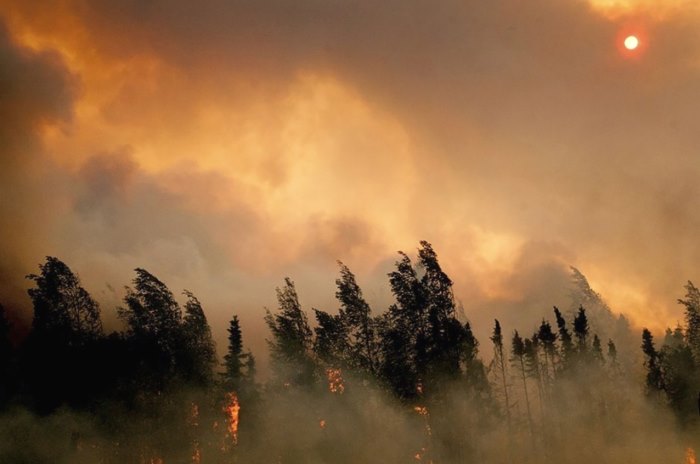 The setting sun is partially obscured by smoke from an out-of-control wildfire on the Parks Highway near Willow, Alaska. Image: Stefan Hinman/Mat-Su Borough/Reuters.

Every day they update the numbers. And every day, the number of acres burned in Alaska seems to leap higher yet again.

As of Monday, it is at 4,447,182.2 acres, according to the Alaska Interagency Coordination Center — a total that puts the 2015 wildfire season in sixth place overall among worst seasons on record. It’s very likely to move into fifth place by Tuesday — and it’s still just mid-July. There is a long way to go.

According to the Center, 2015 is now well ahead of the rate of burn seen in the worst year ever, 2004, when  6,590,140 acres burned in 701 fires. “Fire acreage totals are more than 14 days ahead of 2004,” the agency notes. In other words, and although the situation could still change, we may be watching the unfolding of the worst year ever recorded.

Overall, the 2015 Canadian and Alaskan fire seasons have seen 11,670,704 acres burned so far, based on these numbers. (Which are always growing larger.) 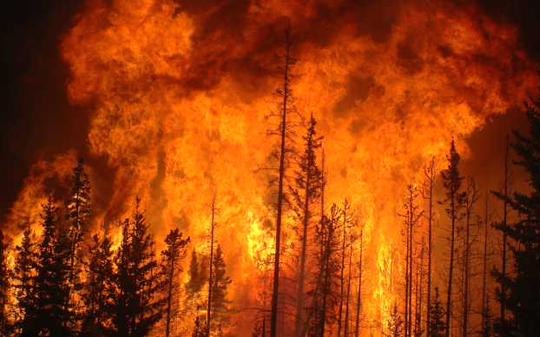 More than 3 million acres of land has burned in Alaska already this year. Image: Climate Central

This doesn’t yet mean that either Canada or Alaska has seen its worst wildfire season on record (yet). Both have, individually, seen years in which burn totals wound up being higher than these. But it does mean that these areas are starting to rack up an incredible amount of burned acreage between them – and at least in Alaska’s case, a new record is a very real possibility.

One reason that’s so worrisome: Alaska is 80 percent underlain by permafrost, and Canada is 50 percent underlain by it. These frozen soils now have a large number of fires burning atop them, and when permafrost thaws, it can begin to release carbon dioxide and methane into the atmosphere, worsening global warming. (Fires also worsen global warming in another way — by releasing huge amounts of carbon into the air due to the combustion of organic material.)

And just in case more than 11 million acres burned isn’t a stunning enough statistic for you, here’s another.

According to the Alaska Division of Forestry, the state has now deployed 480 miles worth of fire hoses to fight fires. That’s a length, notes the agency, that would stretch farther than the distance from Anchorage to Fairbanks — which is about 360 miles.