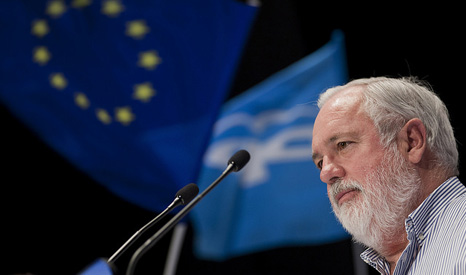 Miguel Arias Canete will represent the EU at climate talks if his appointment is approved. Image: Partido Popular/Flickr.

The man chosen to head up the European Commission’s climate and energy department faced tough questions over his links to oil companies at a hearing on Wednesday.

Miguel Arias Canete, a former Spanish environment minister, insisted there was no conflict of interest. He gave up shares in Petrolifera Ducar and Petrologis Canaris on being offered the climate commissioner job. He was president of both companies until 2011.

His son and his wife – “my direct family” – had also surrendered their involvement, he told MEPs. But despite being asked repeatedly, Canete refused to answer questions about his brother-in-law, who is understood to have replaced him as president.

In further mitigation, he said the companies were small and were only concerned with storage and distribution of oil, not exploration or development.

He also apologised for remarks about women he admitted were “unfortunate” and promised to support gender equality in his department. Canete had said it was difficult to debate women “because showing intellectual superiority could be seen as sexist”.

And he declared his support for the EU’s position on climate change. The bloc is due to finalise a package of targets for 2030 before the new batch of commissioners start in November.

If his appointment is approved, Canete will represent the EU at critical climate talks in Lima and Paris, as well as implementing the 2030 climate and energy package.

MEPs are grilling the candidates put forward for all 27 commissioner roles in a series of hearings. They must then vote to accept or reject the entire set.

It is also possible MEPs will put pressure on incoming commission president Jean-Claude Juncker to change his selection.

Canete has emerged as the most controversial choice, facing fierce opposition from environmentalists who say his oil connections make him unsuitable to run climate policy. There were protests outside the hearing in Brussels and an Avaaz petition to keep him out has gathered more than 300,000 signatures. 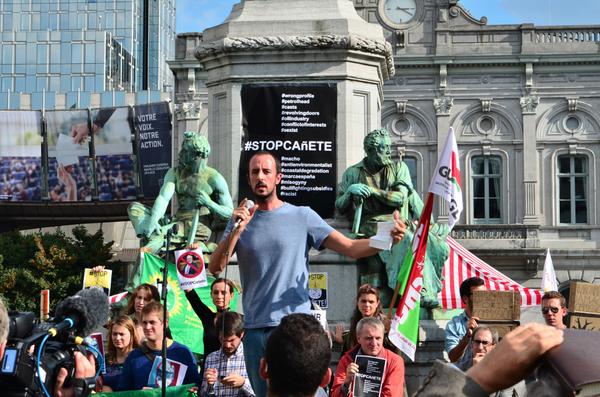 The furore over his former business interests aside, Canete confirmed his support for the draft proposals for 2030.

These include targets to cut greenhouse gas emissions 40%, get 27% of energy from renewables and improve energy efficiency 30%.

It is a “balanced” package, he said, and he “will not be opposed” to going further in the event of strong commitments from other major emitters next year.

He brushed aside criticisms of the Spanish government’s support for shale gas fracking and cuts to renewable subsidies during his time as minister.

As commissioner, he would stand up for European interests, he said. “I am not defending any government or national interests.” 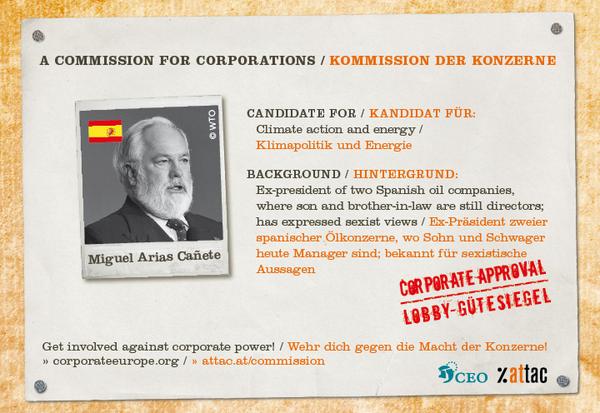 There was laughter in the room when UKIP representative Roger Helmer declared “there has been no global warming for 18 years” and this “green obsession” was causing “industrial massacre in Europe”.

While there was some indignation over Canete’s refusal to answer questions about his brother-in-law, the reviews were mostly favourable.

But Greenpeace was not satisfied. EU director Jorgo Riss said: “Cañete clearly worked hard to present himself as the right man for the job. But he failed to cast aside concerns about his family connections to the oil industry and his poor track record as a minister in Spain.

“Eager to please a sceptical audience, Cañete said that he considered climate change an urgent problem and promised to support renewables. But he also backed coal and nuclear power, blurring the picture on where he stands on energy policy. By confirming him, the European Parliament would be backing a controversial candidate with an unclear vision.”