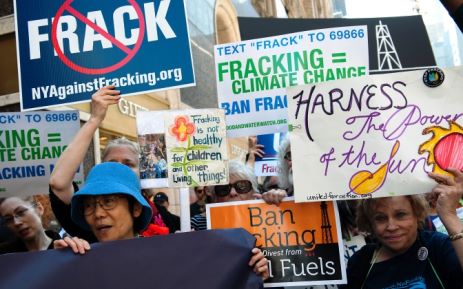 Cansa is worried hazardous substances & carcinogens could contaminate drinking water in the Karoo.

The Cancer Association of South Africa (Cansa) has launched an initiative which it hopes will force companies to be transparent, should fracking for shale gas become a reality in the Karoo.

The association is worried hazardous substances and known carcinogens, which are often used in the fracking process, could contaminate drinking water in the region.

The association says companies should be forced through legislation to release detailed information of the chemicals that are added to fracking fluid.

Cansa’s Carl Albrecht says, “We don’t want any more secrets. We want to know exactly which chemicals have been added at every single fracking site. We’re also saying to government; give us the information concerning the quality of the water before, during and after fracking.”

At the same time, a Dublin-based company, looking to frack for shale gas in the Karoo, is applying for the right to conduct seismic tests.

Falcon Oil and Gas has kicked off the application process by revising its environmental management plan before consulting with affected landowners.

This will provide the company with a picture of the geological layers in the region.

Falcon has to submit its proposal to Petroleum Agency South Africa before  27 February.

SRK Consulting Africa’s Chris Dalgliesh, who is working on the project, says affected landowners will be consulted over the next few weeks.

“We have identified six or seven key issues and we think at this stage most of those can be mitigated but part of what we are doing now is entering into the consultation phase.”