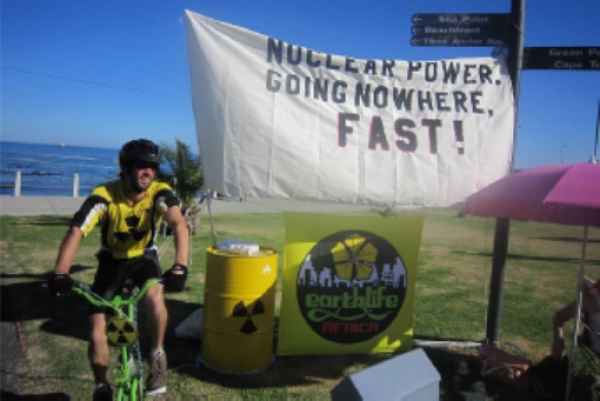 This year the Cape Argus cycle tour and the first commemoration of the Fukushima crises fell on the same day.

Knowing that Cape Town pretty much closes down for the Argus, Earthlife Africa seized the opportunity to raise awareness about the threat of nuclear power in South Africa. 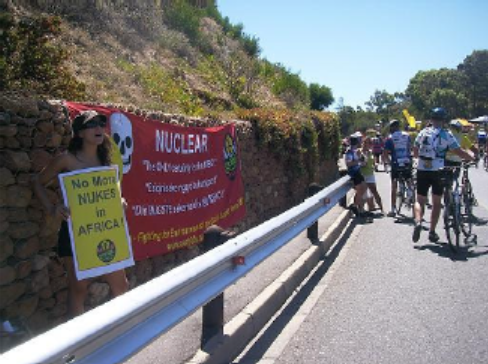 As the largest official cycle tour in the world, the Argus has 35 000 cyclists starting and finishing their 110km cycle within 30km as the crow flies from Africa’s only existing nuclear power facility.

While closed roads and being spread out on the route made things difficult from a media perspective, they were very successful in spreading the message to onlookers and cyclists as a whole. 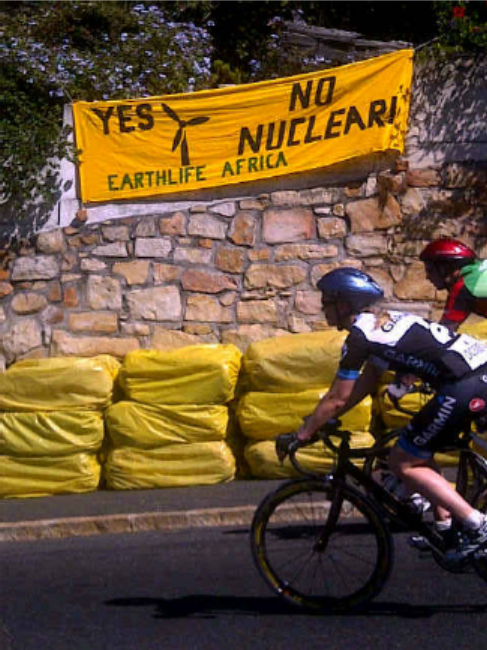 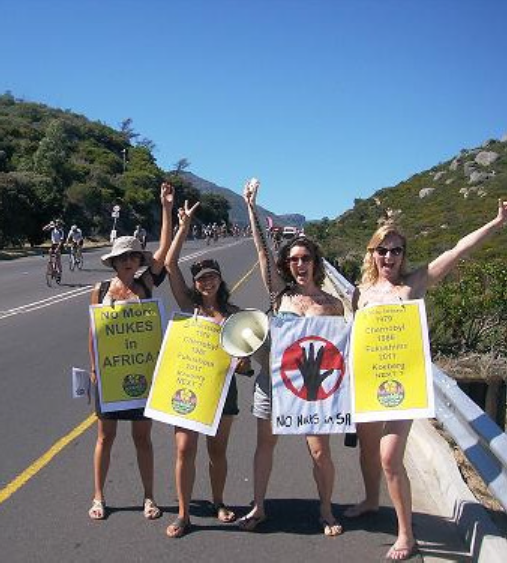 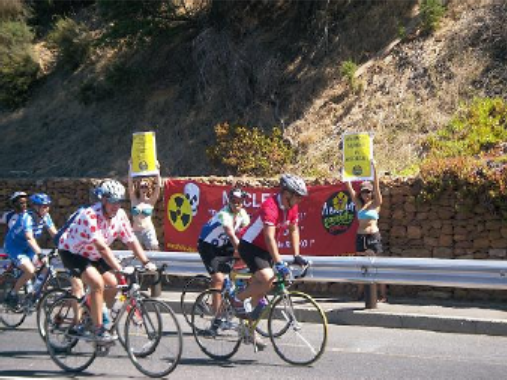