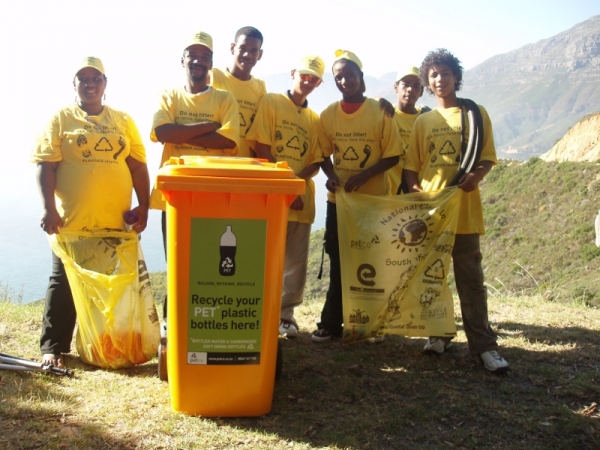 Cape Argus cyclists are going to be encouraged to cycle and recycle at the same time this year!

Plastics|SA – the umbrella organisation representing the plastics industry of South Africa – and its intrepid team of eco-warriors, will encourage the 35 000 participants in this year’s Cape Argus/Pick ‘n Pay Cycle Race to not only cycle, but also remember to recycle as they compete in the grueling 105.5 km race that takes place on Sunday, 11 March.

According to Douw Steyn (Director of Sustainability for Plastics|SA and winner of the 2011 Enviropaedia Award for Recycling), their cleanup team has been responsible for collecting and recycling the waste discarded by participants during major sports events such as the Cape Argus/Pick ‘n Pay Cycle Race and the Two Oceans Marathon for the past six years.

“This Waste Management Strategy, known as event greening, is about making socially and environmentally responsible decisions when organising or participating in an event. The greening of events contributes to a cleaner and greener South Africa”, Steyn explains.

100 in the clean up and recycle team

Apart from educating cyclists and spectators about the importance of not littering and the recyclability of plastics, a team of 100 community members was appointed as the Clean Up and Recycle team. They have received thorough training into the do’s and don’ts of recycling and are ready to cover the area between the Cape Town City Centre and Sea Point – ensuring that no litter or waste is left behind after the race”. 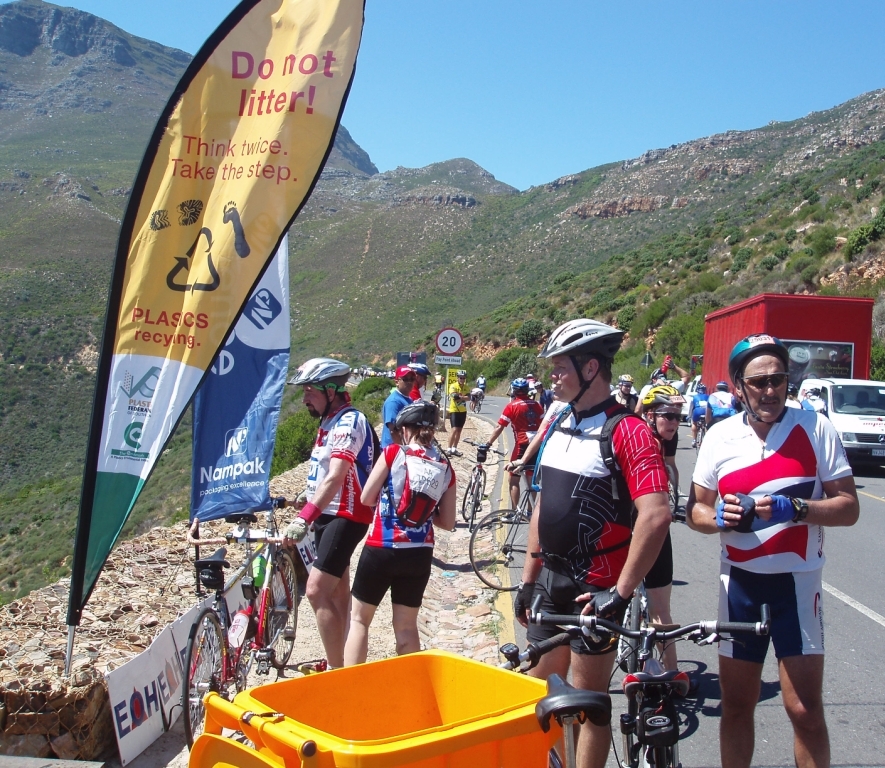 “Working with our waste management partners such as WastePlan and the City of Cape Town, we have consistently been exceeding expectations of the event organisers”, Steyn says. “Instead of the anticipated 75 % of total waste generated during previous year’s events, we are able to recycle an impressive 82 % of the waste.  This year, we will aim to even improve on this figure”, Steyn says.