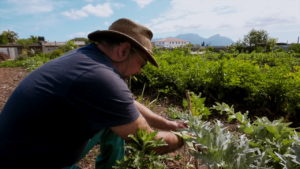 The Western Cape High Court ruling states that the rezone permission and environmental authorisations for the development known as Oaklands City are suspended, and must be returned to their respective appeal bodies for reconsideration.

The high court was emphatic about the importance of the Cape Flats Aquifer as a natural water resource in the context of climate change and water scarcity in the city. The judge ruled that there was insufficient information in these two crucial arenas for the decision-makers to claim that the decisions made were rational and reasonable.

“This is a victory for the Cape Flats Aquifer and against future developments and continuing land speculation in the PHA.” said PHA Campaign chairperson Nazeer Sonday. “It’s a great day for the PHA farmlands, a great day farmers and farmworkers and for a great day for Cape Town”, he added. “We put our faith in the Almighty and our justice system and won”.

A giant 500-hectare development has now been halted after a ten-year struggle on the part of the PHA Campaign. The PHA has been the city’s food hub for the last 130 years, and its southern portion – where the development is proposed – constitutes the primary recharge zone for the Cape Flats Aquifer.

“The Campaign is also happy that given the provincial cabinet decision of 22 August 2018, where the cabinet resolved that the Western Cape Government would abide by the decision, we will not have to defend a Supreme Court appeal on this ruling from the province or the city” said Sonday. “We did not get full protection for the PHA as hoped, and are taking advice on how to proceed in that regard.”

It is now expected that the MSDF will be amended to re-include the Oaklands land back into these unique and irreplaceable PHA farmlands. The 2018 Municipal Spatial Development Framework states that the urban edge shifts proposed for the PHA depend on the outcome of the court case. This day has now arrived.

Wentzel Oaker has squandered R47million of worker’s pension fund money to pave over the city’s climate and water resilience with more shopping malls and houses not for those who need them. The Campaign trusts that this ruling will give him and the pension fund managers pause and rather give workers a dignified retirement with food and water security and a climate on the Cape Flats worth living in.

The Campaign is bitterly disappointed that the National Minister of Agriculture, Rural Development and Land Reform Ms Thoko Didiza has done nothing to help us protect the PHA farmlands or defend over 30,000 farming jobs and livelihoods. In 2016, then Minister Zokwana refused development permission ito SALA – Subdivision of Agricultural Land Act 70/1970 – for the land that Wentzel Oaker wants to develop. The minister then also opposed the EIA, but then did nothing further to protect the PHA in court.

The PHA Campaign calls on President Ramaphosa to protect agricultural land that feeds the city, protect thousands of jobs, protect farmers livelihoods and the city’s climate resilience, as the high court declared.