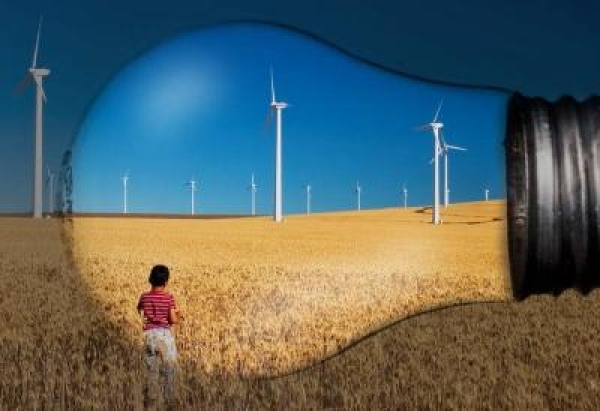 Drought, floods, heat waves and social dislocation have destroyed or damaged people’s homes, household goods, money, pensions, savings, natural assets, livelihood support networks and food security.. The first people to suffer these consequences are the poor, who are most likely to live in areas at risk. They also don’t have insurance and the means to move and purchase property elsewhere.

In 2008 a sea-level rise risk assessment conducted on behalf of the City of Cape Town concluded that within the next 25 years there is a 85% chance that 60,9km (2% of the Metro area) of the area in which we live will be covered by sea for a short period. The expected loss of property value is just under R20bn.

Goodbye to precious plants and food

Scientists in Cape Town anticipate that plants from our unique floral kingdom will become extinct as the area becomes drier. Disruption of agriculture will lead to urbanisation and put increasing pressure on the availability of food sources. Storms will be more violent with heavier rainfall. New weather patterns will cause the spread of infections, heat-related and respiratory illnesses. Micro-organisms that can contaminate water and food will increase. Malaria is expected to spread further across our country.

So climate change causes need to be addressed, and fast. Energy efficiency is number one for the City of Cape Town.

To encourage South Africans to use energy from alternative sources, cabinet has approved a draft law to establish an agency that will buy power from independent electricity producers. Eskom, based in Johannesburg, currently provides about 95% of South Africa’s electricity.

The City currently has a large number of programmes and projects underway, which address energy efficiency or renewable energy. Some of the current projects include:

Cape Town has long recognised the importance of buildings as energy consuming infrastructure and their impact on energy consumptions and carbon emissions.

‘Whilst the majority of our buildings were built in an era when electricity was cheap and plentiful, that era has now past,’ said Alderman Clive Justus, Mayoral Committee member for Utility Services.

Transport in our city

In Cape Town, as in other South African cities, settlement is spread out and apartheid planning has resulted in the location of townships far from employment areas, resulting in long daily commutes for residents. Private transport is the dominant form of transport. Between 1990 and 2000 vehicle ownership in Cape Town increased by 45%. Over half of all the energy used in Cape Town is used for transport. Transport is the single biggest CO2 producing sector responsible for climate change.

A Metropolitan Transport Authority was established in 1998/9 and a number of transport functions were delegated to the City, but rail concessions remain a national government function. The Province and the City of Cape Town are in the process of restructuring public transport. With rail services outside of their control, however, restructuring has focused on road-based public transport. A number of bicycle projects and improved pedestrian-oriented plans are being promoted by the City.

The City is also taking steps to contain patterns of urban growth and development to reduce the distances between places of residence and employment. They’re also producing an eco-driving programme to educate locals about the environmental and economic benefits of driving more sustainably.

In March it was confirmed that the cost of alternate energy is coming down. Cape Town Chamber of Commerce president Michael Bagraim says the new feed-in tariffs issued by the National Energy Regulator (NERSA) mean that the electricity from wind turbines will be cheaper than Eskom grid electricity in four years’ time.

‘This raises questions about government policy and why Eskom plans to spend so much money on new coal and nuclear power stations when wind energy will be cheaper at the point of generation.’

At present Eskom is selling grid electricity at a price of 41.8 cents a unit, and there are four further increases of about 25% to come, two of which have already been approved.

‘That will take the cost of Eskom electricity to just over one Rand a unit while, according to the new Refit tariffs, wind power will cost 95 cents a unit,’ he adds.

He predicted that many companies would choose to provide their own electricity because it would soon be cheaper, and costs would be more predictable than those for Eskom and municipal power. This in turn would be a boost for a new green industry that would make it possible for many homes and businesses to go ‘off grid.’

The government of South Africa has approved a 20-year plan that will see an increased reliance on nuclear energy.

‘South Africa needs to diversify the energy mix away from coal,’ said minister in the presidency Collins Chabane. ‘Under the so-called Integrated Resource Plan, 23% of newly generated power should come from nuclear sources by 2031.’

The decision comes amid fears of radiation leaks from a stricken atomic facility north of Tokyo, after a magnitude-9 earthquake and 7m tsunami hit Japan recently. China, building more nuclear reactors than any other nation, will stop approving new atomic plants ‘until safety and improved long-term development plans are cleared, it said.

For further information on living sustainably see the Smart Living Handbook, which aims to encourage sustainable development in homes. It includes sections on waste, energy, water and biodiversity.