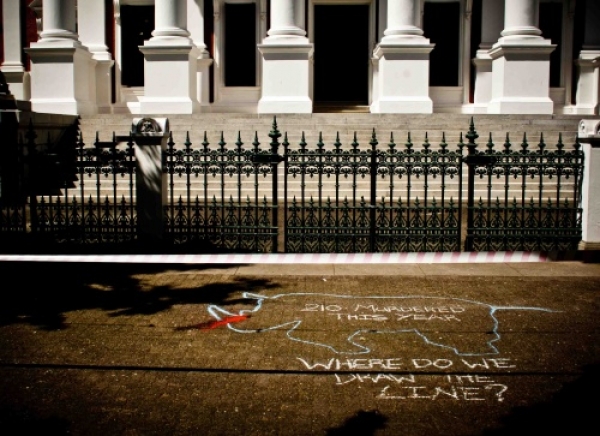 South Africa is in the midst of a terrestrial war over rhino horn poaching, a war that has spiked in recent years to frightening heights.

This year alone, rhino deaths from poaching have jumped to 210 recorded incidents, a considerable spike from only 13 recorded incidents in 2007. This is not simply a South African problem, but affects almost every country in Southern Africa.

In certain conflict zones in Central Africa, areas considered too dangerous to access, there are subspecies of rhino thought to already be extinct, due to a general lack of infrastructure and monitoring.

If we do not all work together in an effort to curb the rate of illegal trafficking related deaths, many of our domestic subspecies, such as the white and black rhino, could meet this same fate. 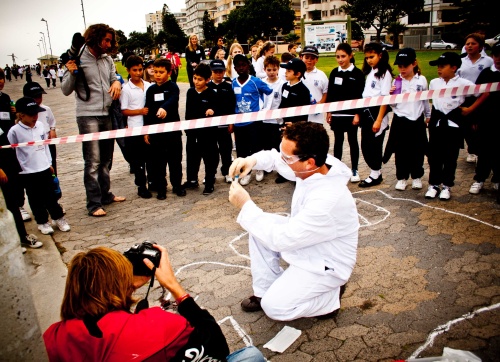 Bringing attention to the problem

As passionate conservationists, African Renaissance decided to assist WWF SA in bringing attention to this critical problem, by executing a CSI-style guerrilla awareness campaign to inform the public about how many rhinos have been murdered, this year alone. So to celebrate Rhino Day in South Africa, they donned white overalls, armed with stencils, chalk, latex gloves  and hazard tape, and hit the streets, setting up ‘crime scene’ all over the city, from the Sea Point Promenade to Parliament, schools, museums, tourist attractions, local news stations and everywhere else in between.

Always mindful of the authorities, they cruised around the Mother City installing these ‘rhinocide’ crime scenes where ever they could. Reactions from the public were incredibly supportive, with people from all over coming up to them with words of encouragement. If you were around the City Bowl on the 22nd October, hopefully you came across one of their rhino crime scenes. 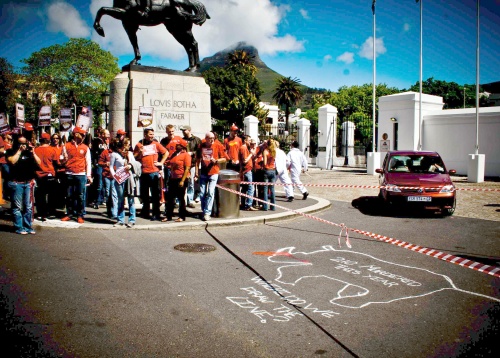 Green Renaissance is a division of African Renaissance Productions, which was launched this year with the sole focus on creating environmental documentaries. They will be doing regular video content for their own green blog with write-ups.