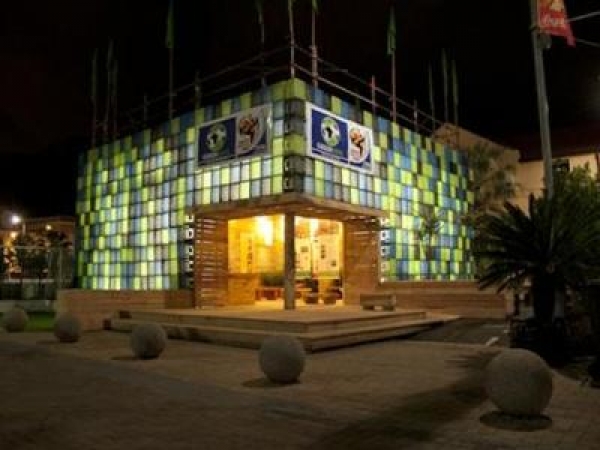 Mike Marsden, Executive Director for Service Delivery Integration and responsible for 2010 in the City said:

“The environmental impacts caused by an event such as the FIFA World Cup are wide-ranging. The event will place global environmental issues, such as climate change, under a spotlight, and is an opportunity to promote pro-active approaches to these issues among local and international audiences. We are extremely proud of the responsible action taken by Host City Cape Town and in particular of the Green Goal 2010 Workshop Series that resulted in the many mitigating projects that comprise the Green Goal 2010 Action Plan.”

Launch of the action plan

Host City Cape Town launched its Green Goal 2010 Action Plan in October 2008. The Action Plan was informed by a series of workshops hosted by the Konrad-Adenauer-Stiftung (KAS) from 2007 – 2009 in cooperation with the City of Cape Town, the Provincial Government of the Western Cape and facilitated by the environmental NGO, Sustainable Energy Africa (SEA).

The workshops brought together a wide range of stakeholders, non-governmental organisations, business, civil society, the media, the Department of Environmental Affairs, the 2010 Local Organising Committee and representatives from the City of Cape Town and the Provincial Government of the Western Cape. As a result, the 2010 FIFA World Cup Host City Cape Town Green Goal Action Plan was published in 2008 and identified a total of 41 projects across nine target areas in order to reduce the impact of the event on the environment.

The greening intervention target areas are as follows: 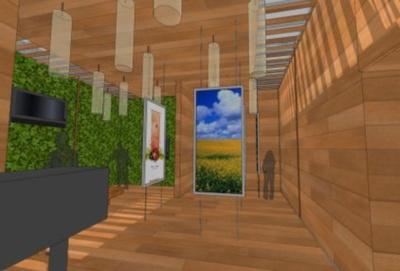 A Green Goal 2010 Progress Report was launched by Host City Cape Town in September 2009 detailing the many lessons that have been learnt, not least of which is that greening cannot be an add-on initiative of the 2010 FIFA World Cup, but must be a key component, fully incorporated into the event planning process. This will ensure a long-term foundation for environmental concerns in national and international football.

“While this spin-off is still linked to the event, the principles and lessons learnt from the 2010 Green Goal interventions can be a useful instrument to further green governance for future major events in this City and world-wide. We are already in conversation with Brazil 2014,” she said.

The Impumelelo Sustainability Award was presented to the City on Sunday evening at a Gala Celebration hosted by Impumelelo Chairman, Franklin Sonn and Executive Director, Rhoda Kadalie.

Host City Cape Town’s environmental programme for the 2010 FIFA World Cup, ‘Green Goal 2010,’ is showcased at the FIFA Fan Fest in a structure specifically designed to demonstrate the use of materials that are either recycled, reusable, reclaimed, or newly purchased but earmarked for reuse afterwards. 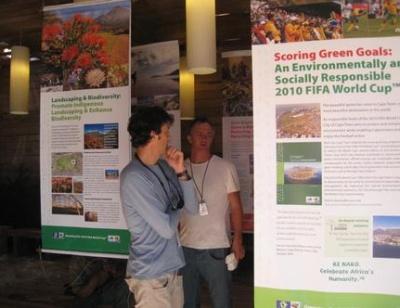 The Green Goal 2010 Expo takes this idea to a highly sustainable level by sourcing most of the construction materials within a 2,5km radius of the site thereby reducing the carbon footprint of the structure. The form of the Green Goal 2010 Expo structure is a cube. The exterior is clad in a matrix of 1,450 multicoloured plastic milk crates containing 17,400 empty milk bottles, all tied to a scaffolding frame. Low energy lighting illuminates the crates from the behind turning it into a glowing ‘jewel box’ by night.

Local references to indigenous plants, Fynbos smells, colours and quiet spaces, subtly entice visitors to connect with the natural world inside.  A ‘forest’ of bamboo flags wave in the wind, announcing the Green Goal 2010 exhibition from afar.

Commenting on the Green Goal 2010 Expo at the Fan Fest, Lorraine Gerrans stated that Cape Town had adapted the event-greening programme initiated by Germany, hosts of the 2006 FIFA World Cup, and developed the Green Goal 2010 Program to reduce the World Cup’s adverse effects on the environment.

“Some of the Green Goal targets are illustrated at the Fan Fest,” she said.

“For example, there will be no disposable cups or plates, and fans buying refreshments will be sold commemorative 2010 mugs and food will be served on durable plates. Waste will be avoided and minimised. If this is not possible then fans are encouraged to separate wet and dry waste in the two-bin system at the Fan Fest, along the Fan Walk and at the Cape Town Stadium.”

The drinking of tap water is being promoted as part of the Green Goal 2010 programme, thus reducing waste. Drinking water fountains have been erected at the Fan Fest and along the Fan Walk. Videos promoting Cape Town’s safe tap water will be shown on the big screens at the Fan Fest throughout the tournament. 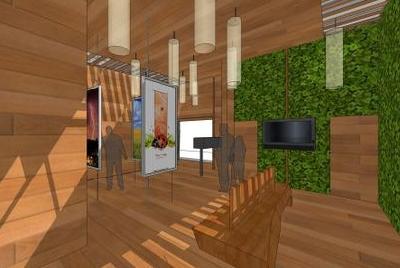 Buying electricity from the wind farm in Darling at a separate tariff will compensate for the energy used at the FIFA Fan Fest.

Commenting on the Green Goal Expo, Mike Marsden, Executive Director for Service Delivery Integration and responsible for 2010 in the City said:

“The event is placing global environmental issues, such as climate change, under a spotlight, and is an opportunity to promote pro-active approaches to these issues among local and international audiences. We are extremely proud of the responsible action taken by Host City Cape Town and in particular of the Green Goal 2010 programme that resulted in the many environmentally friendly interventions that can be seen at the Green Goal Expo at the FIFA Fan Fest.”

Photos are of the Green Goal 2010 Expo, and the third one features architect Andre Rademeyer and builder Stephen Lamb.