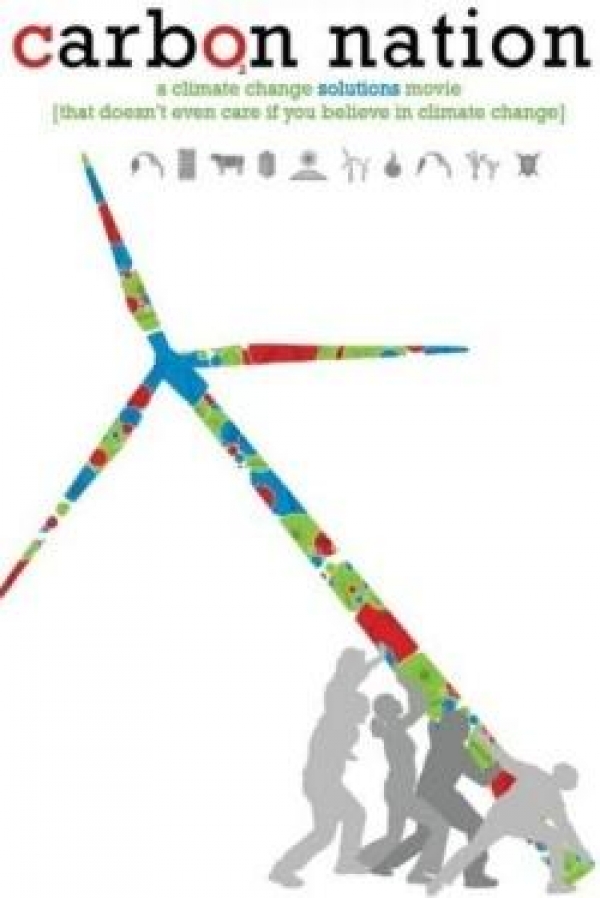 When it comes to global warming, we all know that there’s a problem. Were past the point of theories and projections. Things are happening in our world right now that hammer this point home. Epic end-of-the-world draughts and floods are currently ravaging cities in Australia, Brazil, Sri-Lanka & South Africa. 53 of our glaciers have already disappeared, and important ice caps like Mount Kilimanjaro are melting away right now, with disastrous consequences.

The public at large took a few years to come around to this conclusion though, with help from movies such as An Inconvenient Truth and The 11th Hour. But the time of denial is over. Now we move onto what can be done about it. As it turns out, there’s a lot of hope, if we all pull together.

Carbon Nation is an inspirational new movie about solutions to climate change. It focuses on what people out there are doing to not only save the environment, but make good money and uplift communities. As it turns out, because of all the global warming-related problems piling up, living wastefully has become expensive. This is great news, because providing a financial incentive is just what the world needs to close the gap of people who still don’t feel motivated to make this change.

We hear from Cliff Etheredge, who, in Texas, has the largest wind farm in the world; Bernie Karl, who plans to create 2.5 megawatts of power with no smokestacks; Dan Nolan, who found utility grade battery storage; Daryl Horne and Wayne Gatlin, Jr., who have careers in solar installation and help low-income people get solar panels for their homes; and Peggy Rathman and John Wick, who at the University of California, are testing the carbon sequestration capabilities of carbon farms. The illustrious list of interviewees also includes Joe Romm (Climate Progress), Lester Brown (Plan B 4.o), Dennis Hayes (Earth Day), Van Jones (founder of Green for All), Bob Fox (green architect), Joel Makower, Peter Barnes (Capitalism 3.0), and multiple people from the Rodale Institute.

There is a lot of emphasis on the importance of inspiring young people to make climate change solutions the focus of their careers. They spend some time with youngsters who are jumping into greening the military with both feet. That’s a huge chunk of the U.S. budget, and as Tom Friedman says in the film, ‘When the military goes green, the country goes green.’

For example, the U. S. Military is now trying to use spray foam insulation instead of coal based generators. Ponds of algae used as bio-fuel are also a good solution, as are hybrid electric cars and external power units for large trucks so they donâ€™t have to idle overnight for hours at a time.

Carbon Nation suggests many practical solutions for helping the earth, such as:

Edmund Burke once said that the only thing necessary for the triumph of evil is for good men to do nothing. Certainly, ignoring the impact of one’s carbon footprint on our earth qualifies as an evil. Especially now that it’s been laid out how easy and economically beneficial it is not to do so.

Here are some relevant quotes from the film:

I found this film very encouraging. It focuses on constructive ways to make things better for everyone. Carbon Nation encourages us to not despair, and to do whatever we can to save the world for future generations, because all of us taking small steps in our daily lives definitely contribute to the solution.

As Director Peter Byck tells us, ‘We already have the technology to combat most of the worst-case scenarios of climate change, and it is very good business as well.’

A little goes a long way

The film ends with a quote from Edmund Burke:

‘Nobody makes a greater mistake than he who does nothing because he could only do a little.’

Well, now that we know that a little goes a long way, we can stop letting that hold us back!

Carbon Nation is not just a film worth seeing, but it is one very worth sharing – as widely as possible. Watch it and share the information with your family, friends and colleagues!